China deletes H&M from internet amid backlash in Xinjiang 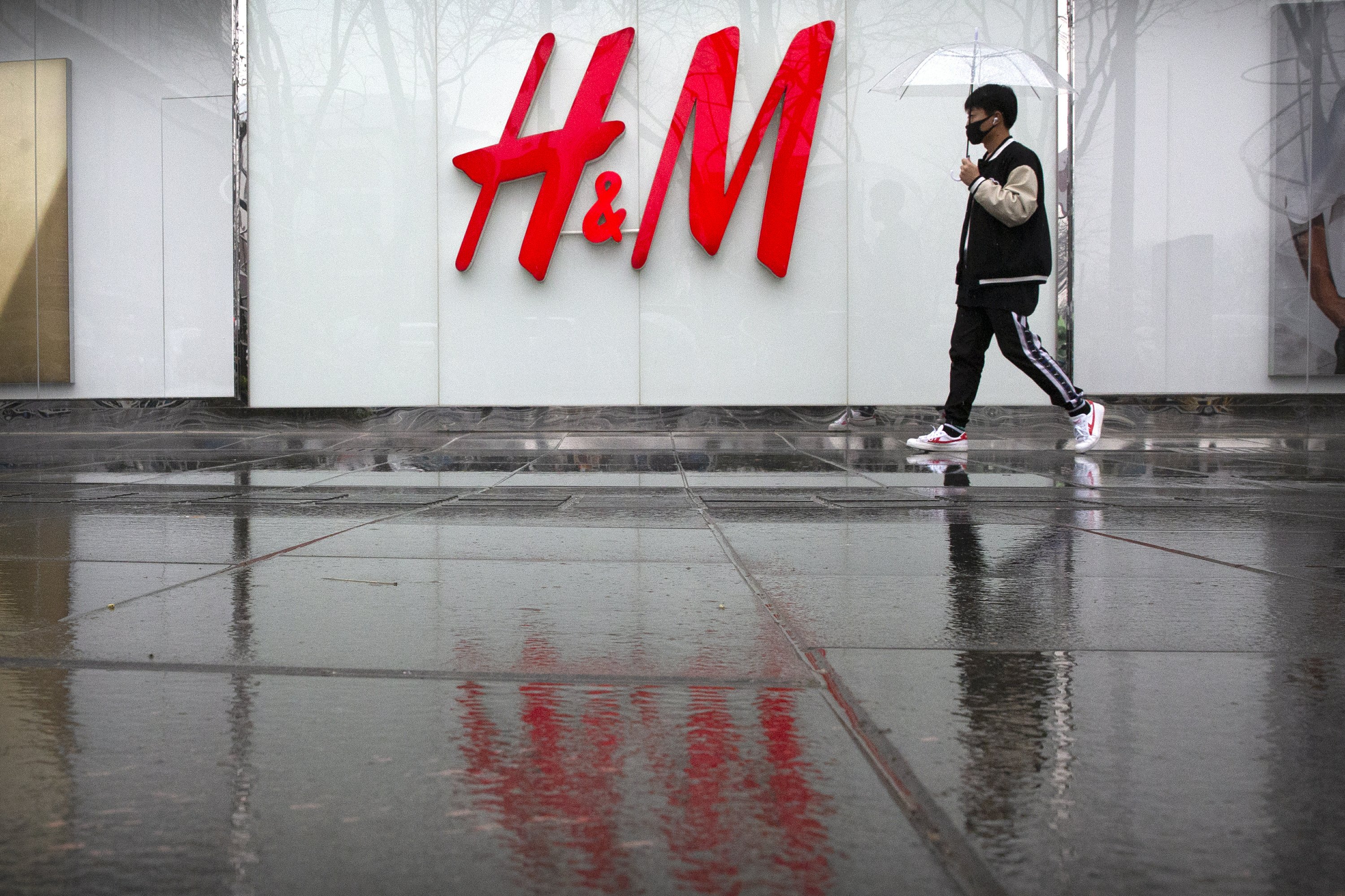 HONG KONG (AP) – H&M disappeared from the internet in China as the government increased pressure on shoe and clothing brands and announced sanctions on Friday against British officials in a mounting fight over allegations of abuse in the Xinjiang region.

H & M’s products were missing from major e-commerce platforms, including Alibaba and JD.com, following calls from state media for a boycott over the Swedish retailer’s decision to stop buying cotton from Xinjiang. That hurts H & M’s ability to reach customers in a country where more than a fifth of purchases are made online.

The shockwaves spread to other brands when dozens of celebrities canceled endorsement deals with Nike, Adidas, Burberry, Uniqlo and Lacoste after state media criticized the brands for expressing concern about Xinjiang.

Brands are struggling to respond to pressure abroad to distance themselves from abuses without unleashing Chinese retaliation and without losing access to one of the largest and fastest growing markets. That pressure is mounting as human rights activists pressure sponsors to withdraw from the Beijing Winter Olympics scheduled for February 2022.

Tencent, which operates games and the popular WeChat messaging service, announced that it would remove Burberry-designed costumes from a popular mobile phone game.

In a high-tech version of airbrushing used by China and other authoritarian regimes to remove political enemies from historic photos, the roughly 500 H&M stores in China did not appear on the Didi Chuxing ride-sharing app or map services operated by Alibaba and Baidu. . Its smartphone app disappeared from app stores.

It was unclear whether the companies received orders to delete H & M’s online presence, but Chinese companies are expected to line up without warning. Regulators have broad powers to punish companies that do not support official policy.

The ruling Communist Party’s Youth League launched attacks on H&M on Wednesday following the European Union’s decision to join the United States, Britain and Canada in imposing sanctions on Chinese officials accused of abuses in Xinjiang.

On Friday, the Chinese government announced sanctions against nine Britons and four institutions. They are prohibited from visiting China or conducting financial transactions with its citizens and institutions.

More than 1 million members of the Uighurs and other predominantly Muslim ethnic minorities have been confined in detention camps in Xinjiang, according to foreign governments and researchers. The authorities are accused of imposing forced labor and coercive birth control measures.

The Chinese government rejects the abuse allegations, saying the camps are for job training to support economic development and combat Islamic radicalism.

State media accused H&M and other brands of improperly profiting from China while criticizing it. That led Chinese retailers and internet companies to distance themselves from the Swedish retailer, although other brands were still available on e-commerce platforms.

Rein said the outpouring of anger at H&M is the harshest he has seen against a foreign brand. He said companies are especially sensitive because this comes at a time when antitrust and other Chinese regulators are intensifying scrutiny of internet operators.

“If they don’t try to criticize, they’ll get in trouble too,” Rein said.

The Communist Party often puts pressure on foreign clothing, travel, and other brands because of the actions of their governments or in an effort to force them to adopt their positions on Taiwan, Tibet, and other sensitive issues.

Most comply because China is one of the largest and fastest growing markets for global fashion, electronics and other consumer brands.

China is H & M’s fourth largest market behind Germany, the United States and Great Britain and accounted for around 5% of 2020 revenue.

Greater China accounted for 23% of Nike’s global sales in the quarter ending February, compared with 36.5% for North America. But China’s revenue was up 51% from the previous year as consumer demand rebounded from the coronavirus, while sales in North America fell 10%.

An H&M store in Shanghai had only a handful of customers on Friday afternoon.

“I was not aware of the reaction. I came here to buy a coat for spring because H&M is reasonably priced and fashionable, ”said Wang Yuying, a 52-year-old retiree who was shopping at the store.

“I’ll keep buying something because I’m already here, but if this reaction lasts a long time, I’ll buy less of this brand.”

One seller, who asked not to be identified by name due to the sensitivity of the matter, said there were far fewer buyers than on a normal Friday. The seller said he understood why consumers were angry, but said that if the backlash continues, it will damage the livelihoods of local employees of the target brands.

The celebrities, including at least one Uyghur, announced that they were ending endorsement deals with foreign shoe and clothing brands.

Gulnazar, an actress from Xinjiang, said she was breaking ties with Puma. On his social media account, Gulnazar said that he “resolutely resists all attempts to discredit China.”

Singers Eason Chan and Angelababy from Hong Kong announced that they were breaking ties with Adidas. Actress Zhou Dongyu parted ways with Burberry. Actors Ni Ni and Jing Boran broke up with Uniqlo.

Song Qian, a singer and former member of the Korean pop group f (x) who is also known as Victoria Song, and actor Huang Xuan previously announced that they were ending endorsement deals with H&M.

In Hong Kong, pro-Beijing lawmaker Regina Ip said in a Twitter post that she would stop buying Burberry, one of her favorite brands.

“I support my country in boycotting companies that spread lies about Xinjiang,” he said.

Not all brands have avoided sourcing from Xinjiang.

South Korean sports shoe brand FILA said on Friday that the company buys cotton from Xinjiang and will continue to do so.

On its social media account, FILA China said it has started the process of withdrawing from the Better Cotton Initiative, an industry group that promotes environmental and labor standards.

H & M’s announcement last year that it would no longer use Xinjiang cotton cited BCI’s decision to stop licensing cotton from the region because it was difficult to trace how it was produced.

It was not clear why the party targeted H&M, whose expression of concern for Xinjiang was similar to that of other companies. But Chinese leaders might view their home country of Sweden as more susceptible to pressure due to its small size.

Relations between Beijing and Stockholm have been strained since 2015, when a Chinese-born Swedish publisher disappeared from Thailand and turned up in China. The Chinese ambassador angered the Swedish government by referring to him in a television interview as a “light boxer.”