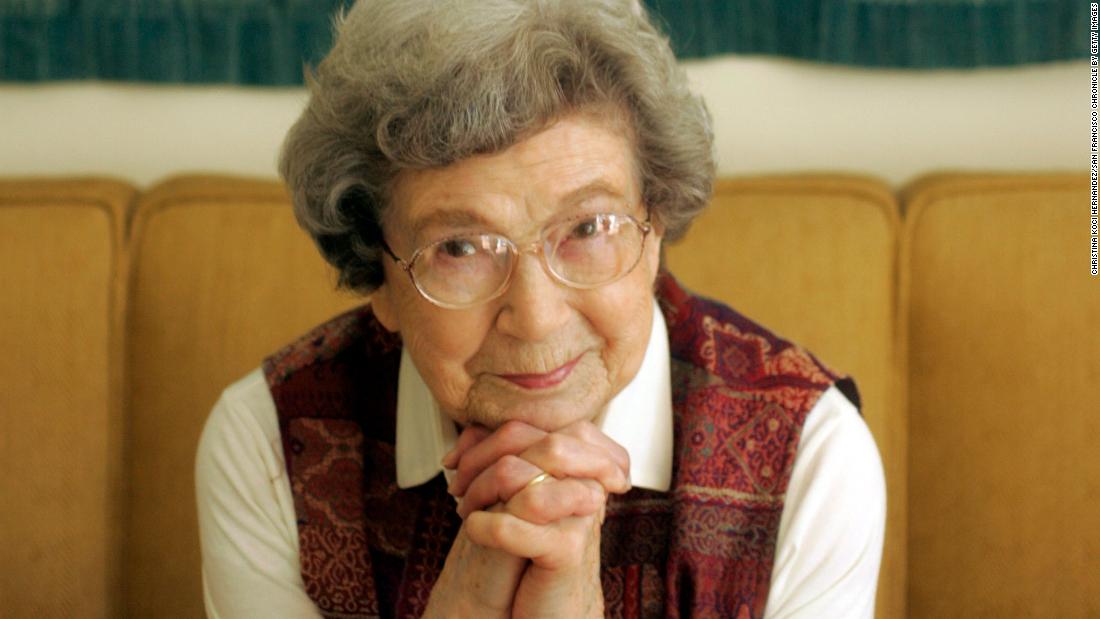 Cleary published his first book, “Henry Huggins,” in 1950, and more than 40 more books in the following years, according to Harper Collins. Cleary’s books have sold more than 85 million copies and have been translated into 29 different languages.

Its protagonists were pests, sweets, bullies and dreamers, sometimes all at once. He drew memories of his youth and the struggles of the children he knew to capture children’s views on the adult world, where fathers sometimes lost their jobs and mothers sometimes raised alone.

“We are saddened by the passing of Beverly Cleary, one of the most beloved children’s authors of all time,” said Suzanne Murphy, president of HarperCollins Children’s Books, in the company’s news release regarding Cleary’s death.

“Looking back, he often said, ‘I’ve had a lucky life,’ and generations of kids consider themselves lucky too, lucky to have the real characters that Beverly Cleary created, including Henry Huggins, Ramona and Beezus Quimby, Ralph S. Mouse as true friends who helped shape his growing years, “said Murphy.

Cleary was born Beverly Bunn in McMinnville, Oregon, on April 12, 1916, and spent her early years on a farm in the nearby town of Yamhill. When the Bunn family moved to Portland, Oregon, a school librarian encouraged young Beverly to write children’s books. The council stayed with her through her studies at what is now Chaffey College in California, the University of California, Berkeley, and the University of Washington in Seattle, where she studied library science.

In Berkeley, she met her husband, Clarence Cleary, and the two married in 1940.

‘You can snuggle with a book’

After college, she worked as a children’s librarian until she started writing. According to Harper Collins, Cleary’s dream of writing for children was rekindled when “a child confronted me quite fiercely on the other side of the circulation desk and said, ‘Where are the books about children like us?'”

His books with Henry Huggins, his dog Ribsy, and the Klickitat street children that included Beezus and his younger sister, Ramona, found a large audience with young readers.

He received the National Children’s Fiction Book Award in 1981 for “Ramona and Her Mother,” and in 1975 he won the Laura Ingalls Wilder Award from the American Library Association for “a substantial and lasting contribution to children’s literature.”

“Dear Mr. Henshaw” won the 1984 John Newbery Medal for Most Distinguished Contribution to American Children’s Literature. The book is about a lonely boy who corresponds with the author of a children’s book.

In 2000, she was named a Living Legend by the Library of Congress, and in 2003, she received the National Medal of Art from the National Endowment for the Arts.

“We at HarperCollins also feel very fortunate to have worked with Beverly Cleary and to have enjoyed her brilliant wit,” said Murphy. “His timeless books are an affirmation of his eternal connection to the pleasures, challenges, and triumphs that are part of every childhood.”

Her latest book, “Ramona’s World,” was published in 1999, decades after the perpetual spoiled little sister first debuted in “Henry Huggins.”

Her husband died in 2004. She is survived by her two children, Malcolm and Marianne, three grandchildren, and one great-grandchild.

In her 90s, Cleary said she hoped children would still read her books for decades to come.

“You can curl up with a book, and I don’t think there is a substitute for reading,” he told National Public Radio in 2006.