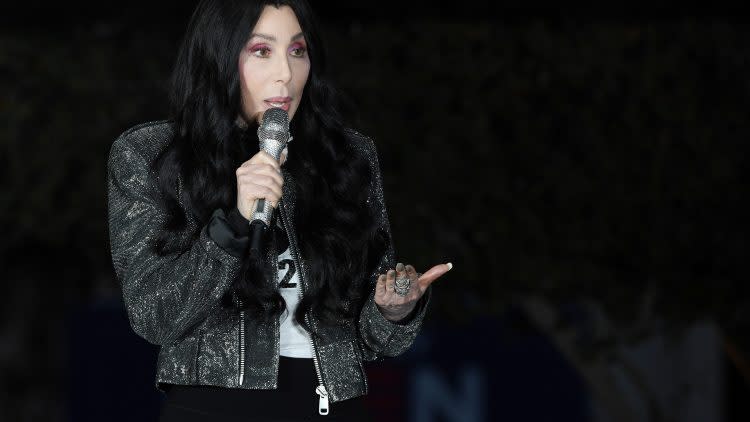 Cher found himself under fire on Friday after a tweet he posted in response to Derek Chauvintrial for the murder of George Floyd. His tweets caused a rash on social media, as reported by Fox News.

Expressing her feeling that the events leading up to Floyd’s death could have happened differently if she had been at the scene, Cher wrote: “I was talking to Mom and she said ‘I saw the trial of the cop who killed George Floyd and I cried. ‘

“I said ‘Mom, I know this is going to sound CRAZY, but… I kept thinking… maybe if I had been there… it could have helped,” she concluded, inspiring some of her followers. Several other followers were enraged and commented that they were less than impressed with the musings of a woman with a “white savior” complex, according to the Fox.

Read more: Vanessa Williams talks about George Floyd and fights against systematic oppression: ‘I was numb for days and then everything turns to anger’

“It is the complex of yt savior for me, there is still time to remove this …” wrote one commenter. “The George Floyd murder is not about you,” said another.

One user tweeted “This significantly minimizes what the witnesses who testified ATTEMPTED to do to stop their death. There have been MULTIPLE testimonials from everyone from a firefighter to an MMA fighter to a high-level man who tried to blur the situation. Singing songs doesn’t erase racism, Cher. “

In a more disapproving tweet, someone else said it was “exhausting for blacks to watch whites ‘use our horror as their hypothetical hero statement.'”

Another user wrote “I love my darling but oof. that was too white a savior complex for me. I know you mean well and you probably don’t get it, but … honey … no. “

“Why is someone mad at Cher?” Fox reported a user wrote. “Most of the people who saw it think or hope they were able to help. That is why many of the witnesses cry on the stand. If Cher uses her celebrity to help, thank you. “

Cher responded to the tweets by saying, “You don’t know what I’ve done, who I am, or what I believe in. I CAN, HAVE, AND WILL … HELP.”

Have you subscribed to theGrio podcast “Dear Culture”? Download our newest episodes now!