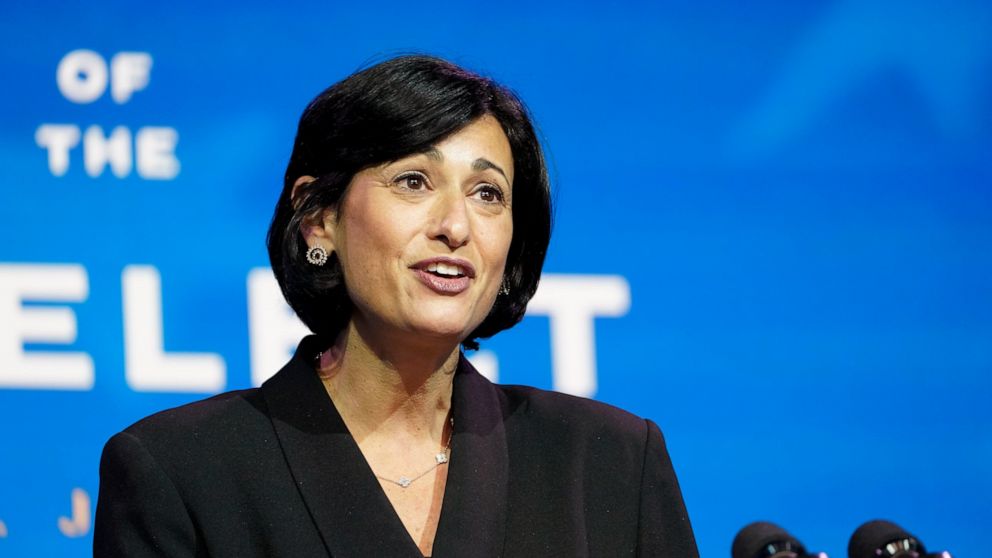 ATLANTA – A new study finds that teachers may be more important drivers of COVID-19 transmission in schools than students.

The paper released Monday by the US Centers for Disease Control and Prevention studies nine COVID-19 transmission clusters in elementary schools in the Atlanta suburb of Marietta in December and January. infected.

The findings are in line with studies from the UK that found teacher-to-teacher transmission was the most common type of school transmission there, and a German study that found transmission rates at school were three times higher when the first documented case was a teacher. . In some American districts, schools have had to go totally virtual because so many teachers have been exposed to the virus.

Other research has suggested that there is little virus transmission in schools and that they should reopen for in-person instruction, a message that the administration of President Joe Biden has been pushing in recent weeks with mixed success. The Marietta district of 8,700 students, like all but a few in Georgia, has been offering in-person classes since the fall. Superintendent Grant Rivera said more than 90% of elementary students returned in person, making some classrooms relatively overcrowded.

All of the Marietta clusters also involved “less than ideal physical distance,” with students often less than 3 feet apart, although plastic dividers were placed on desks.

“The two main reasons for the spread of COVID-19 in these schools were inadequate physical distancing and mask adherence,” Walensky said.

In seven cases, the transmission may have taken place during small group instructional sessions where teachers were close to students. Although the authors said they observed the students wearing masks, the interviews found that “inappropriate use of the mask” by the students could have contributed to the spread of the infection in five groups.

The CDC again warned that schools must follow “multi-faceted” strategies to prevent the spread of the virus, including reducing teacher-to-teacher gatherings, ensuring masks are worn correctly, and increasing physical distancing, especially during meals when people can’t wear masks.

Rivera said the school district redesigned instruction in elementary classrooms, ensuring that students and teachers spend less than 15 minutes at a time huddled in small groups and that children are separated when gathering on rugs for reading or other activities. .

Rivera said the district had been using Fridays not for class time, but for teacher collaboration. Now, the district encourages teachers to stay separate.

“We told the teachers that all teacher collaboration should happen virtually,” Rivera said.

He also said that chairs had been removed from teachers’ workrooms, that in some cases photocopiers had been moved to other locations, and that teachers who plan to eat with a colleague had been told that they should eat outside. .

“To be honest, I’m really struggling with it,” he said.

Students had been kept in classes to limit movement and keep students in isolated compartments, but now classes are encouraged to eat outside, with some especially crowded classrooms going to larger spaces such as cafeterias, gymnasiums or auditoriums.

The Marietta district has also continued extensive testing for viruses after the study ended, Rivera said.

The study also said that in addition to those strategies, it might be desirable to vaccinate teachers to protect educators, reduce intra-school transmission, and keep schools running in person, although the CDC reiterated that vaccinating teachers “It is not a requirement to reopen.” schools. “

The president of the American Federation of Teachers, Randi Weingarten, said the study “validates” the CDC guidelines.

“School buildings can be safe for teachers and children, but layered mitigation, testing and tracing must be in place to curb the risk of transmission, with the availability of vaccines as another layer of protection,” said the head of the teachers union in a statement.