CDC says that romaine lettuce is safe to eat again 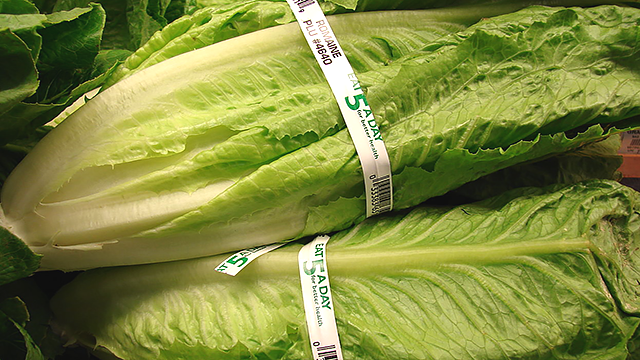 (Meredith) – The Centers for Disease Control and Prevention (CDC) and the United States Food and Drug Administration (FDA) have announced that romaine lettuce is finally safe to eat again.

The organization said the lettuce responsible for making 172 people sick in 32 states are no longer on the shelves, according to a CDC tweet. They said it is unlikely that any romaine lettuce from the Yuma growing region (where the outbreak is thought to have originated) is still available in stores or restaurants due to its 21-day shelf life.

Outbreaks began appearing on March 13, 2018, through May 2, 2018. During this period, 75 people were hospitalized and one person died in California.

Health officials say there is a delay of two to three weeks between when someone becomes ill and when the CDC is informed.

How did the contamination begin?

According to the FDA, the tracking investigation revealed that the diseases badociated with the E. coli outbreak "can not be explained by a single producer, harvester, processor or distributor." However, the FDA is focusing on treating to identify the factors that contributed to the contamination of Romain in multiple supply chains.

[Click here to see what the FDA and CDC are doing about the outbreak] [19659002] At this time, it is believed that the contamination could have occurred at any point in the life of the lettuce as it grew, harvested, packed and distributed.

The many strains of E. coli

There are many strains of the bacterium Escherichia coli (E. coli). Most strains are harmless and live in the intestines of healthy humans and animals. Some types of E. coli cause diseases by producing Shiga toxin.

[Related: Here’s why lettuce is so easily contaminated with deadly bacteria]

The bacteria that produce these toxins are called E. coli producing Shiga toxin (STEC). The STEC most commonly found in the United States is E. coli O157: H7.

Symptoms of STEC infections may include:

Some infections are mild, but others They can be life threatening.

The CDC estimates that 265,000 STEC infections occur each year in the United States. E. coli O157: H7 causes more than 36 percent of these infections. People of all ages may be infected, but young children and the elderly are more likely to develop serious symptoms.

The types of E. coli that can cause disease can be transmitted through contaminated water or food, or through contact with animals or people.