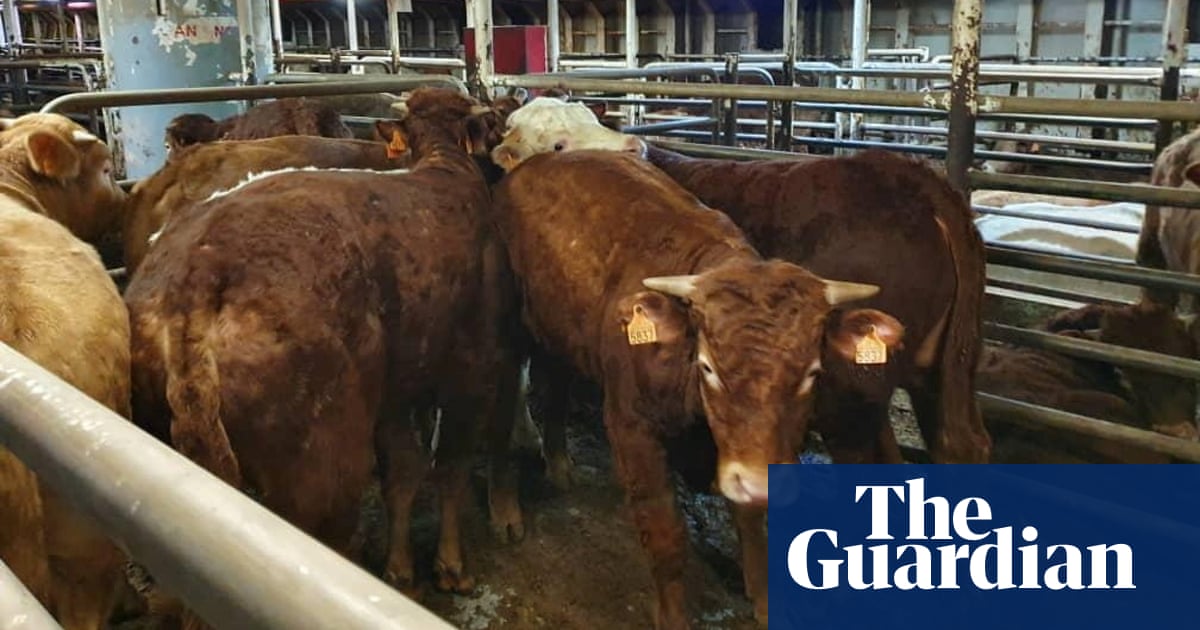 Spanish authorities are about to start slaughtering hundreds of calves that have spent months crossing the Mediterranean, said a lawyer for the livestock transporters.

The 864 head of cattle to be slaughtered are aboard the Karim Allah, which is docked in the Spanish port of Cartagena. It is one of two ships that left Spain in mid-December to deliver live shipments of steers. The second ship, Elbeik, loaded almost 1,800 cattle from Tarragona.

The Elbeik, which now carries more than 1,700 head of cattle, also appears to be returning to Spain.

Both shipments ran into trouble when several countries, including Turkey and Libya, were denied entry for fear the animals had a disease called bluetongue, which causes lameness and bleeding in livestock but does not affect humans.

The disease regulations outlined by Spanish officials mean that cattle cannot re-enter the EU after they have tried to enter Libya. The slaughter order issued to Karim Allah’s leadership, seen by The Guardian, states that Libya: “Has a ban on the export of animals to the EU due to the existence of, among other epizootic diseases of great impact on livestock, foot and mouth disease in that state “.

“The Spanish authorities have indicated that they will start slaughtering the cattle on Tuesday,” said Miquel Masramón, a lawyer representing Talia Shipping Line. The Karim Allah is owned by Khalifeh Livestock Trading and managed by Talia Shipping Line, both based in Lebanon, while the cattle are owned by a third party.

In a statement on Saturday, the agriculture ministry indicated that if Karim Allah did not begin to “isolate and slaughter the animals in accordance with the applicable regulations,” the ministry would.

A ministry source said Sunday that the carrier was informed that it had until noon Monday to begin the slaughter. The ministry said: “It is up to the shipowner in the first instance to isolate and euthanize the animals. You have until first thing tomorrow [Monday] to communicate its decision to the administration ”.

Both Talia Shipping Line director Majed Eid and Masramón said they would fight the decision. Their goal, they say, is to allow the cattle to heal and then find a new buyer, once they have the results of the bluetongue blood tests taken last week.

A report from Spanish veterinary officials who boarded the Karim Allah last week said the captain informed them of 22 deaths at sea. Another nine head of cattle were not counted. The report said that 20 of the animals that died were cut up and thrown overboard during the trip, citing information provided by the captain.

The report concluded that the animals had suffered the long journey and were generally in poor condition. Some were unwell and unsuitable for transport outside the EU or to be allowed to enter Europe. Euthanasia would be the best for their health and well-being, he concluded.

The report did not say whether the cattle had blue tongues, but pointed to other skin, eye and leg conditions such as alopecia, scaling, scabs and joint swelling consistent with septic arthritis.

On Sunday, Masramón said he was trying to get a new veterinary report and that he expected a veterinarian to get on the ship and “inspect the animals and respond to the veterinary report from the Spanish authorities. The problem now is getting the [vet] official approval to enter the port ”.

Second ship to return to Spain

On Saturday, the Marine Traffic tracking website showed the Elbeik on its way back to Spain, bound for Cartagena.

The ship’s return to Spain was confirmed in an email Sunday from the Cypriot government veterinary director Christodoulos Charalambous Pipis, who has been monitoring the Elbeik. Last week it spent several days anchored off the coast of northern Cyprus, just outside the port of Famagusta.

“Our information is that the captain of the ship said that the ship will return to Spain and today they have told me that it will arrive in Spain very soon,” he said. “My Spanish counterpart has already been informed by me from the first moment we obtained this information.”

Late last week, a source told The Guardian that of the 1,770 animals loaded, about 35 may have died and the rest were in good condition. “They are limousines and crossed trays [bulls], between six and 12 months, “said the source.

Representatives of Karim Allah and Elbeik have blamed Spanish Ministry of Agriculture officials for their plight, accusing them of an error in animal health certification that led port officials to refuse entry of the ships.

The source said he was “100% certain” that the cattle on the boat did not have blue tongues. “There was an error in the Spanish animal health documentation. That’s how it all started. They wrote Aragon [as the cattle’s origin]. Aragon has not been free of bluetongue in the last 24 months ”.

The animals, he said, are not from Aragon, but from Zaragoza and Teruel, which are “150km from the focus [of the bluetongue areas]”, And met the requirement of having come from a bluetongue free zone.

The Spanish Ministry of Agriculture previously told The Guardian that the situation of the boats “had nothing to do with the actions of the Spanish administration” and that the cattle came from areas free of bluetongue.

Sign up for the Animals farm monthly update to get a roundup of the best agriculture and food stories around the world and keep up to date with our research. You can send us your stories and thoughts at [email protected]