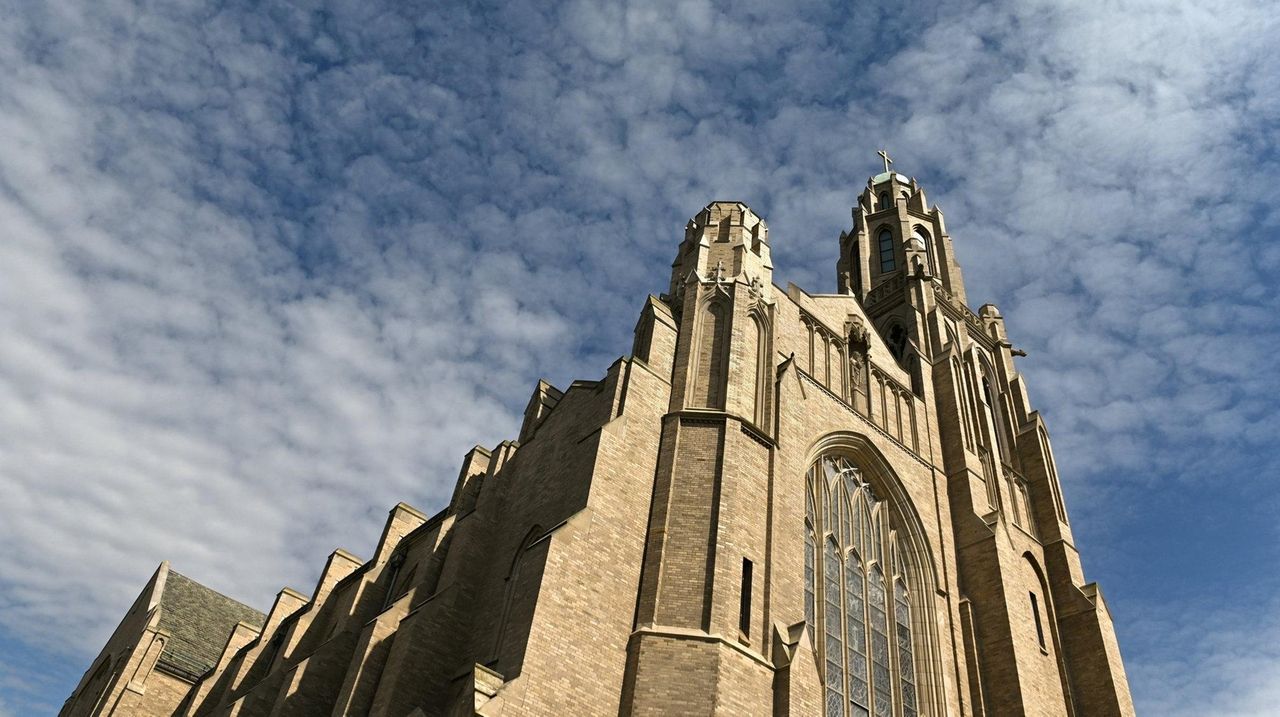 The Roman Catholic Diocese of Rockville Center is discouraging worshipers from taking Johnson & Johnson’s COVID-19 vaccine “on moral grounds” because cell lines derived from fetuses aborted decades ago were used to develop it.

In an open letter sent this week to clergy and laity, the diocese that oversees Long Island churches said the vaccines developed by Pfizer-BioNTech and Moderna are preferable, and that it follows the guidelines of the U.S. Conference of Catholic Bishops. .

“For moral reasons related to its connection to the evil of abortion, it is recommended that, of the alternatives available now or in the very near future, the Pfizer and Moderna vaccines be preferred to the Johnson & Johnson and AstraZeneca vaccines,” said Dr. Lisa Honkanen, director of the diocese’s Office of Human Life, Family and Bioethics, wrote in the letter.

The diocese, home to 1.4 million Catholics, joins several others across the country, as well as the bishops’ conference, in dissuading Catholics from using the Johnson & Johnson vaccine, if possible.

The bishops stopped short of banning the single-shot vaccine, authorized for emergency use in the United States last week.

That stance stands in contrast to that of Governor Andrew M. Cuomo, a Roman Catholic who has promoted and hailed the Johnson & Johnson vaccine as a welcome addition to the tools the state can use to try to control the virus.

Johnson & Johnson did not respond to a request for comment. Neither did Cuomo’s office.

The diocese’s position even differs from other denominations, including the Episcopal Diocese of Long Island, which encourages people to take that vaccine, or whatever is approved, and criticizes members of the clergy who question the science.

“For any bishop to question a vaccine that has the potential to save hundreds of thousands of lives is a mistake,” said the Rev. Lawrence Provenzano, bishop of the Episcopal Diocese of Long Island.

“It is a morally flawed argument that is presented here, and I think it is irresponsible,” he said.

Sean Dolan, a spokesman for the diocese, rejected Provenzano’s argument in a statement.

“It is the position of the Catholic Church and the responsibility of all bishops to instruct the faithful in the truth that abortion is a violation of natural law,” said Dolan. “It is a gravely evil act because it is the deliberate murder of an innocent human being. The Church teaches that the corpses of all human embryos and fetuses, directly aborted or not, should be treated with the same dignity and respect as all other remains. humans . “

He added that the Church “teaches that the sacrifice of human life for therapeutic purposes is totally immoral and incompatible with human dignity because it is the exploitation of one human being in the involuntary service of another. Therefore, abortion is a morally wrong act. that it cannot be overridden or reduced in severity even with the good intention of helping others (ie, as vaccine production). “

David Gibson, director of the Center for Religion and Culture at Fordham University, a Jesuit Catholic university with main campuses in the Bronx and Manhattan, said that any abortion-related problem “is a real third lane for church teaching.” .

But he said that the connections of vaccines to abortion are “remote” and the debate “really clouds, I think it obscures, the central message. What the Pope has said is that the main obligation is to defend the health and lives of women. people today. “

Honkanen, who reports to Catholic Bishop John Barres of the Diocese of Rockville Center, said in the letter that “ideally, a vaccine will have no connection at any stage of development or production to the use of cell lines initially derived from an aborted fetus.”

She said that all three vaccines, as well as AstraZeneca, not licensed for use in the US, have some link to cell lines, to varying degrees. The cell lines are replicated and grown in laboratories.

“The Pfizer and Moderna vaccines, which use mRNA technology, do NOT use morally compromised cell lines in vaccine design, development or production,” he wrote. “However, a confirmatory test was performed on both vaccines using a cell line connected to abortion.”

“Therefore, although none of the vaccines is completely free of any connection to abortion, in this case the connection to the initial badness of the abortion is very remote and ended.”

In contrast, he wrote, the Johnson & Johnson and AstraZeneca vaccines use viral vector technology and “are more morally compromised because they rely on cell lines produced from past abortion in the design, development and production stages of that vaccine, as well as in a confirmatory test. Therefore, its connection to abortion, although remote, is greater and continuous. “

For those reasons, the church recommends Pfizer or Moderna, if possible, he wrote.

However, he noted that the bishops’ conference and other Catholic groups say that “it may be morally permissible for Catholics to receive a vaccine remotely related to the evil of abortion if no reasonable alternatives are available and they make their objection to the use of cell lines known morally committed “.

He also noted that receiving a vaccine “could be seen as an act of self-love and charity towards others to limit a serious infectious disease.”

Provenzano said the remote connection of vaccines to fetuses aborted decades ago is outweighed by their value in saving lives.

“It is not that women are getting pregnant and abortions are taking place to create cell lines to produce the vaccine,” he said. “The cell lines that are being used are the result of abortions that had already been performed.”

Gibson of Fordham said any concerns about the use of abortion-derived cell lines in vaccine research or production must be balanced against the moral good of taking the vaccine.

“The problem with all this moral theorizing is that the main issue gets lost,” Gibson said. “I think it is a black eye for the Catholic Church, but it is also potentially harmful to the common good and the lives of people.”

Gibson noted that the bishops’ conference in a statement Tuesday did not tell Catholics not to take the Johnson & Johnson vaccine.

Dolan, from the Catholic diocese, said that despite the church’s position against the use of cell lines derived from abortion, “getting vaccinated can be an act of charity that serves the common good.”

A recent statement from the Vatican says that “when ethically irreproachable Covid-19 vaccines are not available … it is morally acceptable to receive Covid-19 vaccines that have used cell lines from aborted fetuses in their research and production process.”

In an interview on January 10 with an Italian news program, Pope Francis said, as translated by the National Catholic Reporter: “I believe that morally everyone should be vaccinated. It is the moral choice because it is about your life, but also about the lifes”. of others.”

Bart Jones has covered religion, immigration and the top breaking news on Newsday since 2000. A former foreign correspondent for The Associated Press in Venezuela, he is the author of “HUGO! The story of Hugo Chávez from Mud Hut to Perpetual Revolution ”.