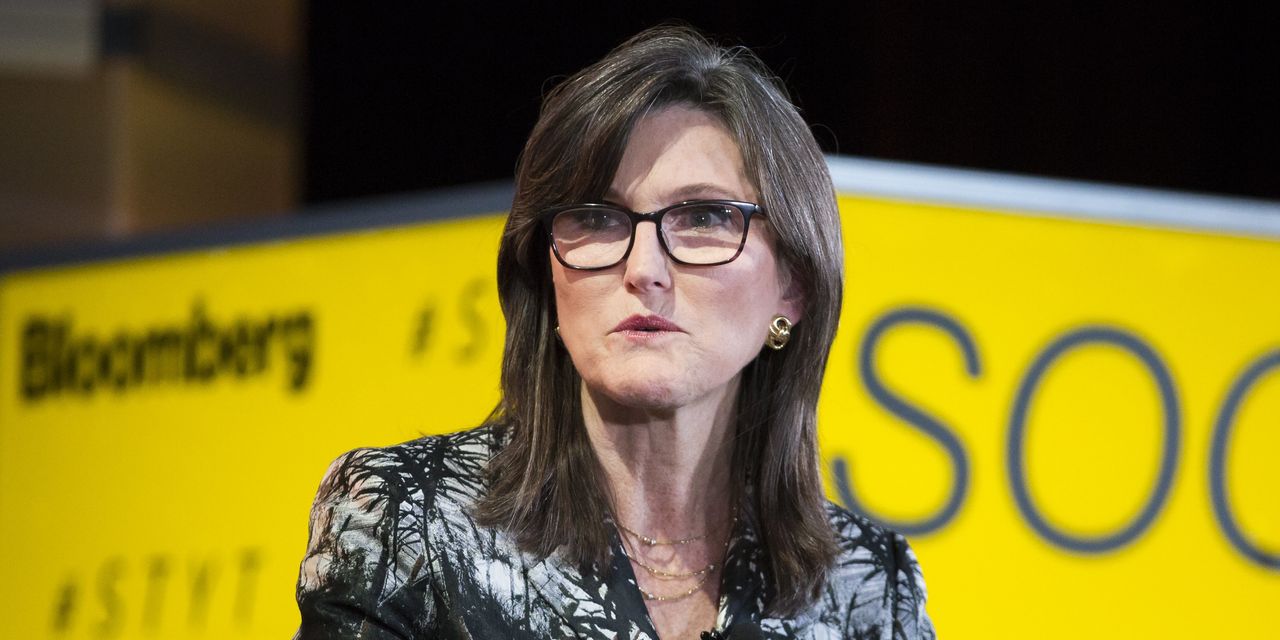 It is already on its way to being one of the most successful fund launches in history despite criticism that it does not necessarily reflect the nascent space exploration market.

Investors invested $ 536.2 million in the actively managed exchange-traded fund, known as ARKX, in its first five days of trading, according to FactSet data as of Tuesday. That beats the three-year industry average to raise $ 100 million and puts the fund on track to surpass $ 1 billion in assets in a matter of days, analysts said.

Such a milestone would put the fund in a rare company: The fastest ETF to reach $ 1 billion was State Street.‘s

background, which hit the mark in just three days in 2004.

“That speaks to the overall power of ARK right now,” said Nate Geraci, president of the ETF Store, an investment advisory firm. “At this point, investors think that everything Cathie Wood touches turns to gold.”

The fund is ARK Investment Management LLC’s first launch in two years and stands in contrast to the lukewarm receptions its previous products received. ARK’s flagship innovation fund, started in 2014, took more than three and a half years to reach $ 1 billion. Its latest launch, the 2019 fintech innovation ETF, took around 21 months.

However, a lot has changed for ARK. In the span of a year, Wood’s ARK has transformed from a small upstart manager of a handful of ETFs to one of the largest fund managers in the U.S. The stock prices of the other five actively managed ETFs from the company doubled or tripled last year thanks to soaring growth stocks like Tesla INC.

and Roku Inc., earning Ms. Wood a cult following of individual investors who are watching every tweet and video.

But those growth stocks are now the epicenter of a sell-off that has left ARK’s older funds at least 14% from their highs earlier this year. Rather than deploying another major fund tied to technology trading, ARK has tipped nearly half of its space ETF toward manufacturers like Lockheed Martin. Corp.

& Co., a sector of the stock market that has benefited in recent months from rising interest rates and inflation expectations.

The fund is different enough for investors who say they are fans of Wood, but also fear investing more money in a faltering tech business.

“Most of Cathie’s ETFs are tech,” said Tré Diemer, 20, a William & Mary student, who said she bought a couple thousand dollars worth of ARKX stock on Monday. “You look at this ETF and you see a lot of names that she hasn’t been that involved with.”

She already owns a variety of growth stocks and has been viewing Ms. Wood’s other funds as a home for some of the money she earns working as an emergency medical technician and making deliveries for DoorDash. INC.

But Wood’s technology and other funds seemed overvalued, a point bolstered by recent losses it said it suffered.

“You can see this almost like an ETF reopening,” Diemer said, referring to underlying stocks that are poised to benefit more from a recovering economy.

Not everyone is a fan of the composition of the background. Some took to social media and created memes to poke fun at ARK’s decision to list Deere and other companies that appear to have no significant ties to the fund’s issue of investing in space exploration and innovation. One showed a Deere tractor roaming a landscape on Mars, another on the moon.

Deere, for his part, responded with several of his own memes, including one that featured a UFO on a tractor. Some analysts said Deere’s inclusion is less of a stretch when you consider that the company makes satellite-guided machinery.

Other stocks included in the fund that appear to be at odds with its mandate include ARK’s passively managed 3D printing ETF and Netflix stocks. INC.

Meanwhile, some of the few pure-play space stocks, such as satellite and imaging company Maxar Technologies INC.

did not make the cut. Neither Rocket Lab USA Inc. nor Astra Space Inc., two rocket makers that are merging with blank check companies to go public.

Ren Leggi, a client portfolio manager at ARK, acknowledged that the holdings are causing some confusion, but said they are all in line with the fund’s mandate. “When we talk about space exploration and innovation, we define it as everything that is on the ground,” Leggi said.

What explains the success of Cathie Wood’s latest exchange-traded fund? Join the conversation below.

The advancement of drone technology plays a big role in why various companies, including Amazon, are in the background, Leggi said. Netflix would benefit from the deployment of satellites that enable greater adoption of broadband internet for streaming, and some parts of the rockets are 3D printed, he added. As for the space companies that were left out, Leggi said valuations for some were too rich, especially those involved with special-purpose takeover companies, while others did not pass their initial assessment of whether the shares could sustain a rate of return. annualized 15%. .

“We are still tracking a lot of companies in case we have a market environment where there is more extensive liquidation and we can enter at an attractive price,” Leggi said.

“I didn’t really like his holdings,” said Carter Wang, who is 19 years old and has roughly $ 3,000 in four of ARK’s previous funds. He is a fan of Ms. Wood, and cites her aggressive calls to Tesla as a key reason behind his decision to invest in several of the firm’s funds. But Wang, a business management economics student at the University of California, Santa Cruz, called the inclusion of ARK’s 3D printing ETF bizarre, prompting him to transfer the fund.

A pre-market manual packed with news, trends, and ideas. Plus, up-to-the-minute market data.

For several ARK investors, Ms. Wood’s past performance is key. With ARKX stock trading around $ 21, some investors said they see an opportunity to get into the company’s next success, comparing it to ARK’s innovation fund, whose share price is six times higher since. its launch in 2014 and continues to attract investors’ attention. (The ETF posted record daily inflows one day last week, generating more than $ 700 million.)

“It really doesn’t bother me,” said James Carter, a 31-year-old technology writer in Washington, DC, who bought shares on the space fund’s first day of trading. He said his mind was on investing in the fund since he first heard about it earlier this year, even before any of its underlying shares were announced. Expect the possibility of the fund ending up including shares in Elon Musk’s private rocket company, Space Exploration Technologies Corp.

“I was a little late” with the other funds, Carter said of his other investments in ARK. “So I specifically set aside money for the new ARK fund just because of my interest in ARK. I wanted to get there early. “

What you need to know about investing