Carrasco positive, decided in the midst of cancer. 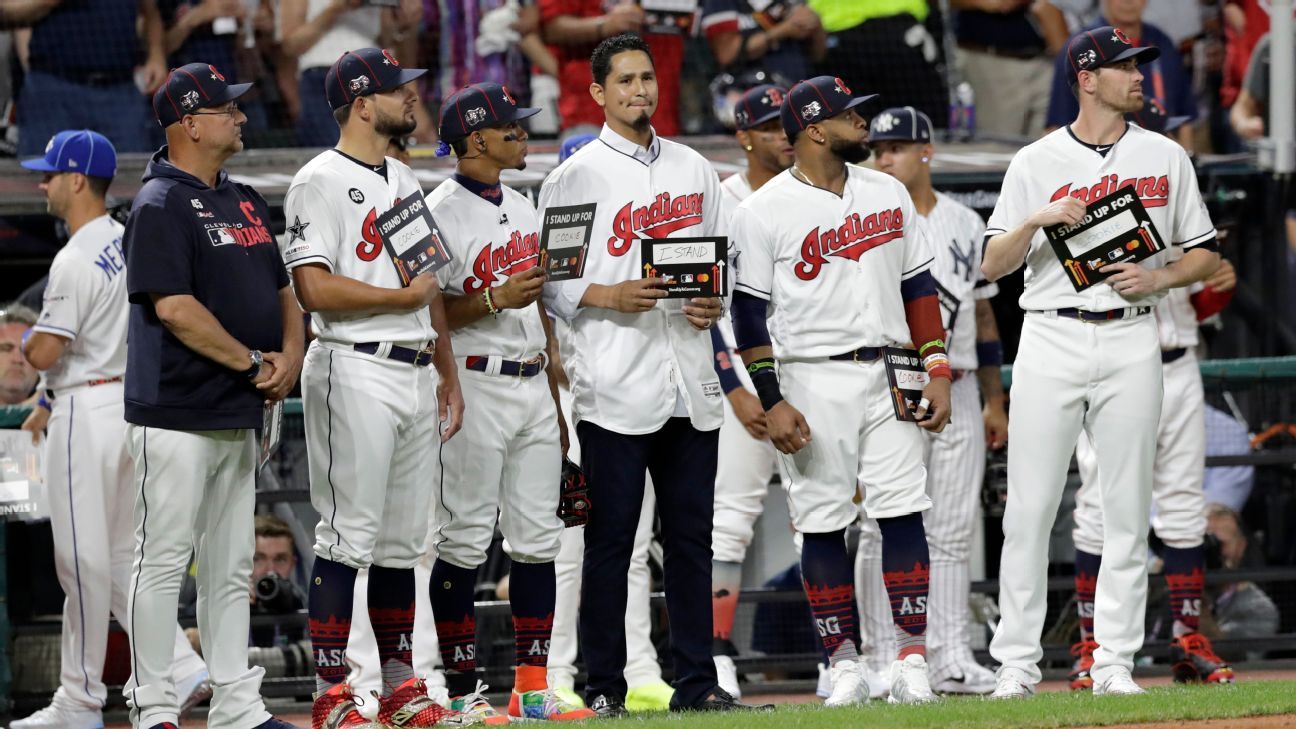 CLEVELAND – Carlos Carrasco's smile remains bright, his mood and outlook are as positive as ever.

Outwardly, the right of the Indians does not seem different. He is determined not to let cancer change him.

"I never put anything bad in my mind," said Carrasco. "Everything is fine, so I do not feel different, I just try to work harder and be stronger."

Diagnosed with chronic myeloid leukemia last month, Carrasco, 32, spoke to members of the media Thursday for the first time since his life took a dramatic and unexpected turn. While dealing with so many unknowns, Carrasco said he never asked "why me" after learning about his condition.

Carrasco said he knew for the first time that something was wrong after performing his annual physical exam at the start of spring training in Arizona. But after more blood tests were done, doctors at The Cleveland Clinic told him he had a form of treatable leukemia that he could continue throwing as long as he felt it.

The speed has barely slowed.

Carrasco has been throwing bullpen sessions, doing some recent workouts in nearby Lake County (A), while Cleveland hosted the All-Star Game.

Although he said that everything seems normal when he is on the mound, Carrasco does not know if he can pitch again for the Indians this season.

Carrasco said he was overwhelmed by the support he received from his Cleveland teammates, coaches and fans.

During his interview session, manager Terry Francona was a few meters from the popular starter, another sign of the club's devotion.

On Tuesday night, Carrasco felt all the love of baseball.

During the fifth inning of the All-Star Game, Carrasco walked on the field for the "Stand Up To Cancer" salute of Major League Baseball along with his teammates Francona and All-Star Francisco Lindor, Carlos Santana, Shane Bieber and Brad Hand.

While the group was in the box of the coach of third base, Carrasco held a sign that said: "I stay," while the other Indians had banners that read: "Cookie", the nickname of Carrasco.

When the group showed up on the stadium's giant scoreboard, the crowd erupted with shouts of joy.

"Holy smokes," he said. "You talk about putting an exclamation mark in. It was incredible."

Indian pitcher Mike Clevinger, who was sitting in one of the dugout suites, said that seeing Carrasco embraced like that was special.

"As hard as it was to see it, it was really exciting," Clevinger said. "It was good to see him feel that, I know he knew how much support there was out there, but he really felt that not only in the league, but also in the entire United States, behind the scenes, even when you looked at Twitter later.

"That was great for him and definitely great for us."

When he arrives every day at Progressive Field, Carrasco says he is greeted quickly with the hugs of his teammates.

Shortly after the Indians learned of their condition, a meeting was held without him in which Lindor, Santana and others pledged to win for their sick companion.

Carrasco chose not to reveal the type of medical treatment he is receiving.

Meanwhile, the Indians are being careful not to rush it.

"There is no plan and I do not mean we do not care," said Francona. "But the idea is that he does everything he can, or whatever he can tolerate, because it will be good for him, apart from that, we're not pushing him, we're just trying to be supportive."

And as his colleagues have backed him, Carrasco has returned his love.

For the All-Star Home Run Derby on Monday, Carrasco wore a personalized shirt with the names of Santana, Lindor, Bieber and Hand on the back.

"Because of the way they've supported me, I've also come to the game to support them," he said. "Why not?"