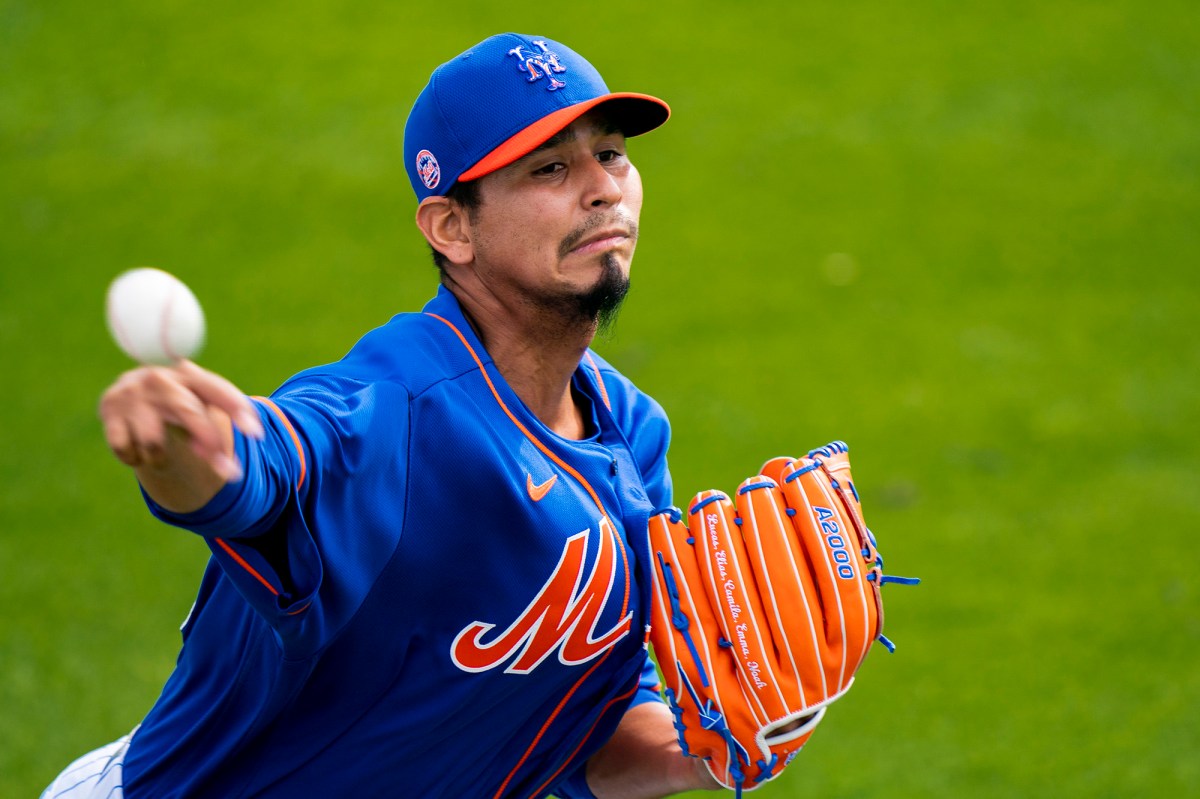 After pitching in a simulated game Monday, the Mets right-hander informed team officials about the pain in his elbow and will not be able to pitch for “a few days,” according to manager Luis Rojas. Carrasco has yet to appear in a Grapefruit League game this spring.

Rojas said that Carrasco told him that the discomfort is not new to him; He previously experienced it in spring training during his tenure in Cleveland.

Carrasco, 33, has not received an MRI exam, according to Rojas. The Mets’ plan calls for him to rest, play catch at some point, and then pitch in a mock game late next week.

But that schedule calls into question whether Carrasco will be ready to start the regular season. Rojas named Jordan Yamamoto, Jerad Eickhoff, David Peterson and Jonathan Lucchesi as experienced MLB pitchers who provide depth to the rotation.

Carrasco started training with the team late after receiving an additional medical evaluation this spring (he is in remission from leukemia) and received the COVID-19 vaccine.