Canzano: Pac-12 presidents think they know what they’re doing when it comes to Larry Scott’s replacement 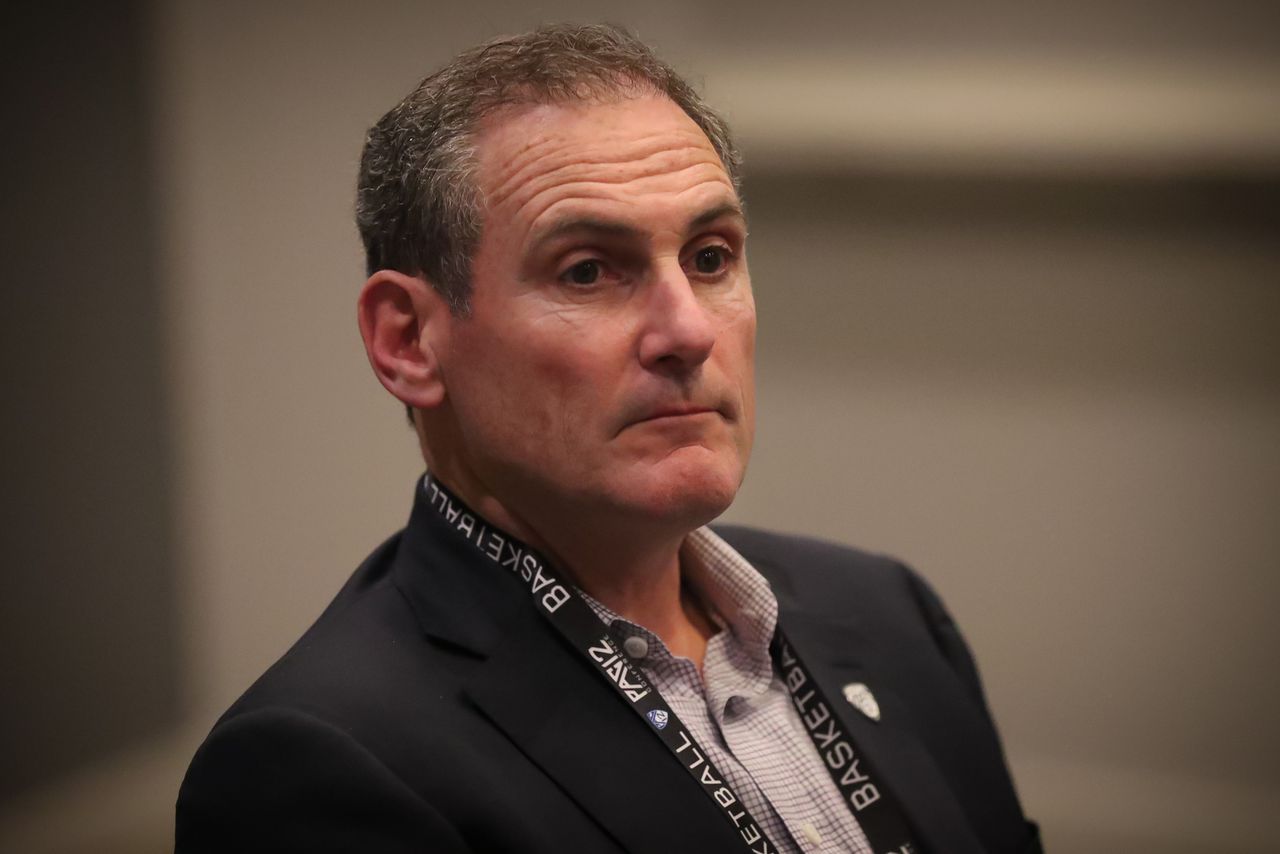 The Executive Committee of the Pac-12 Conference CEO Group gave me 15 minutes on Thursday morning to ask what was going to happen in the wake of the Conference Commissioner being dumped.

The conference announced Wednesday night that it would not cancel the contract of Commissioner Larry Scott. The Pac-12 will hire a search firm, help it prepare a job description, and Washington President Ana Mari Coes said to me on Thursday, “Nothing.”

Not the future location of the conference headquarters.

My biggest path is that this group of presidents and chancellors is far more developed than the campus leaders of the last time. They are engaged and far more capable of athletics opportunities than their predecessors. For example, they do not see the game as a toy factory of some type of premises. And I am left with one important consideration – the current Pac-12 CEO group seems to know what it is doing.

Oregon president Michael Schill is the chairman of that group. He is joined on the Pac-12 Executive Committee by UW Cauce and Washington State President Kirk Schultz. Smart, tuned and has a big-time Pacific Northwest feel. In addition, they are all newcomers whom Scott has inherited.

When I asked him about the distraction that Scott has for a yearly salary of $ 5.3 million, Schulze said, “We are well aware of PR about Larry’s compensation. My goal is that it should not be talked about by people about the Pac-12.

“I want to make sure we tone down a little bit.”

When I asked about taking out the Pac-12 of San Francisco headquarters at a rate of $ 7 million a year, Cauce said, “We’re not tying up someone’s hands, so we have to ‘stay here’ or ‘It has to happen.’

Schultz said: “We would expect the person to weigh in as quickly as possible and make some recommendations around the network, conference location, and staffing levels.”

Basically, this is a total reboot.

It is worth pointing out, as did the trio on Thursday morning, that when Scott was hired more than a decade ago, most of the conference president and chancellor was not at work. Only ASU and UCLA are old defenders. The rest of the Pac-12 inherited him and with Scott’s tedious action we had to live like the rest. That is why I was confident that it would bring change.

Shill told me that the conference had not yet prepared a job description for the new commissioner. He wants to consult with 11 other Pac-12 leaders and find out what he should do. He will leave it to the search firm. But when he offered, Schulz smacked it in between the eyes, “You’ve got 12 schools, they’re like 12 kids. You have to love them differently. I want Commissioner Pullman (and other schools) ), And say, ‘What can I do to help you succeed?’

Also for Washington, Oregon, USC and others. The next commissioner will have to understand the challenges on the individual campuses. Must be a good listener from the beginning. The person’s tenure should begin with a two-day meeting with coaches, athletic directors and athletes at each campus.

Do not fly private charter and stay in a five star hotel. Maybe rent a motor home and park it outside the football stadium. Or crash into the Hampton Inn and eat takeout.

A short list of candidates I would like to talk to? Condoleza Rice, perhaps, although I doubt she would be interested. In addition, West Coast Conference commissioners Gloria Nevarez and Alabama’s Greg Beren, who worked on several campuses at the conference. Maybe Oliver Luck and Oregon AD Rob Mullens too.

I think there is a line of good, hard-working souls who would love to go down as the man who saved the Pac-12. But more importantly, I am confident that this CEO group will get that person.

Headquarters need to move to a more affordable footprint. Phoenix, Seattle, Las Vegas or Bay Area Suburbs? All over the table. Also, the future of the network is in serious doubt. I would vote to sell it to a partner like FS1 or ESPN and allow funnel resources to make the thing a success. But after the chairmen repeated on Thursday, those recommendations would not come from some sports columnist.

They will come with a new hire.

Rent to this group must now be dead, solid, perfect.

While talking to a trio of Pac-12 leaders on Thursday, I understood something else. They were engaged and intelligent. He also sounded like a lot of passionate conference fans. They talked about the Pac-12 as if they love and like it. A couple of them confess that they also secretly root for their rivals when it comes to competition on the national stage.

Cass said, “As much as I hate to say, when the ‘Cougs or Ducks win outside the conference, it’s good for us.”

Shill shot back: “I wouldn’t say that because you’re in the press, but he’s very supportive of us in some situations. I’ll leave it at that.”

The trio spoke with hope and clarity on Thursday. It was a breath of fresh air. Scott is technically still on the job through June, but gone was the dismissal of his term. It has been replaced with hope.

It seems that things are better than before.