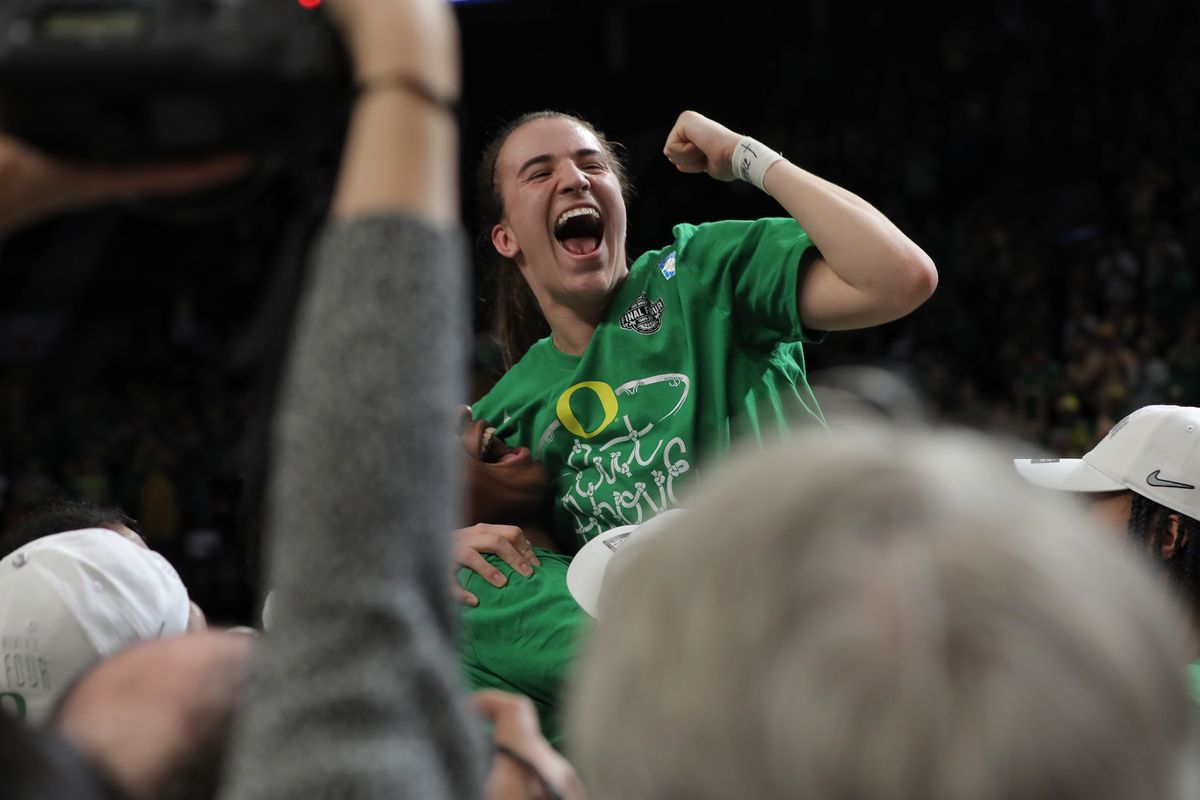 The National Player of the Year consensus in women's college basketball was selected by the Las Vegas Aces and quickly became a fiftieth anniversary.

Think about that as you watch Oregon's star setter Sabrina Ionescu in the Women's Final Four this week. Because Ionescu has one or two games left in his junior season. Then, who knows? The deadline for her to declare for the WNBA draft is 48 hours after the national championship game.

Ionescu should stay at school, right?

She will never be more important to a team. She is not going to have more fun. In addition, the salary of the WNBA alone is not enough incentive. But above all, the main reason why Ionescu should return for a senior season?

The exposure you get in Oregon.

It is unmatched at this point by anything that awaits you after college. Become a professional, and Ionescu could disappear from the general public view, merging into the WNBA as a line of other gifted university stars (See: Breanna Stewart, Brittney Griner and Maya Moore).

No, Ionescu needs to stay on stage.

This Final Four feels as if it belonged to him.

Maybe the next one, too.

Now, understand that sounds silly to an adult man who is paid to cover college basketball games to defend a college basketball star so he can leave money at the table. But that is exactly what I am doing. Because I think there's a much bigger payday for Ionescu if he's patient.

The continuous promotion of your brand is essential for this.

In addition, I believe that winning one or two national titles and continuing to accumulate triple doubles, would do more for their brand than being the first team on April 10 in the WNBA draft.

Until then, did anyone else notice that Ionescu, not the UO coach, Kelly Graves, did the usual part-time interview with the ESPN team at the Portland Regional? Ionescu, leaving the field, took advantage of the exhibition. And did you catch the long profile the network made about Ionescu and his family this week?

Between the extended coverage of her triple doubles, the celebrity tweets and some brilliant games on the court, Ionescu has become the biggest thing in women's college basketball. And currently it is not close to your roof.

The connection of Ionescu with Oregon, and by badociation, Nike, is an interesting tentacle in all this. On the one hand, I have no doubt that Nike would love to make Ionescu the new face of professional women's basketball. Or, frankly, the face of female athletics, period.

His story is about trust, talent, hard work, family and opportunities. When I'm done with college, Ionescu could easily be online for a seven-figure backing agreement from the shoe giant.

The average WNBA player won $ 79,000 last season. The best veteran players do a little more. Novices do less. It is not a money that changes the life. Not under the current salary structure anyway.

That fact alone makes Ionescu's decision very different from, say, football players Marcus Mariota or even Justin Herbert, abandoning a college scholarship and signing up early for the NFL draft.

A player is guaranteed millions in salary and bonuses by being one of the best draft picks in the NFL. The potential income by endorsement does not drive the decision. But with Ionescu, he absolutely could because his potential marketing gains off the court would diminish the wages earned by the WNBA players.

That said, does anyone think that Nike would plan to prematurely remove one of the Ducks' most valuable badets?

It's just not the style of Phil Knight.

That's where this gets complicated. I think Nike will be there when Ionescu is ready. I also believe that there are many pending issues for the owner of the Ducks, and it extends beyond the few remaining days in this Final Four.

Before the tip of the West Regional final against the state of Mississippi, Graves pulled Ionescu away on his way to court and whispered something in his ear.

His coach told him: "This moment is made for you".

So it's the No. 1 seed of Baylor on Friday. Then, maybe the winner of Notre Dame-UConn for a national title.

Baylor coach Kim Mukley said this week: "I do not know if we are hunters or hunters."

Make sure you are the hunter, coach.

Ionescu is the hunter.

She is a special player. Nothing happens faster than she wants to happen on the court. The stage never feels too big. Coaches say things like, "That child is connected differently," all the time. But when Graves says it, as he did this week when talking about Ionescu, you immediately understand what he means.

Nike will pay a premium for that day.