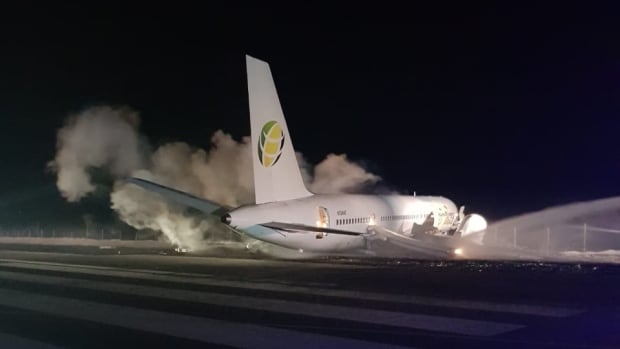 The federal government contacted local officials in Guyana to try to get more information about a Canadian citizen who died days after a plane aboard Toronto crashed.

"Consular officials are providing consular badistance to the family during this difficult time and are in contact with local authorities to gather more information," said Maegan Graveline, spokesperson for Global Affairs Canada.

In a statement on Sunday, Graveline offered his condolences to the family of Rookia Kalloo. Kalloo, 86, died Friday morning in a hospital in the Guyanese capital of Georgetown.

According to a local newspaper, Kalloo's family admitted her to the hospital earlier in the week after she began acting strangely. Kalloo was diagnosed with a head injury and her condition deteriorated rapidly in the following days, according to the report.

Global Affairs did not provide further details about the circumstances of Kalloo's death, nor information about where he lived in Canada, citing the Privacy Act.

Kalloo was among the 128 people aboard Fly Jamaica's OJ256 flight when it overtook the runway at the Cheddi Jagan International Airport in Georgetown on November 9.

The Boeing 757 was heading to Pearson Airport when problems with its hydraulic systems forced the pilot to return about 20 minutes after takeoff.

During the landing, several of the plane's tires went out and his right engine fell off his wing. The plane finally stopped a few meters from a deep embankment.

A spokesman for the airline based in Kingston, Jamaica, said on Saturday that there was no record of Kalloo being treated at the hospital "for any injury resulting from the accident.

"We are further investigating the position and providing all possible badistance and support to Ms. Kalloo's family when they reach an agreement with her loss," the statement said.

Other pbadengers returned to Toronto on Friday morning after a frustrating and chaotic week trying to get home.

Some criticized Fly Jamaica for what they said was a lack of communication after the forced landing. Others claimed that the valuable belongings they left on the plane after the evacuation, such as jewelry, money and electronic items, were not counted.