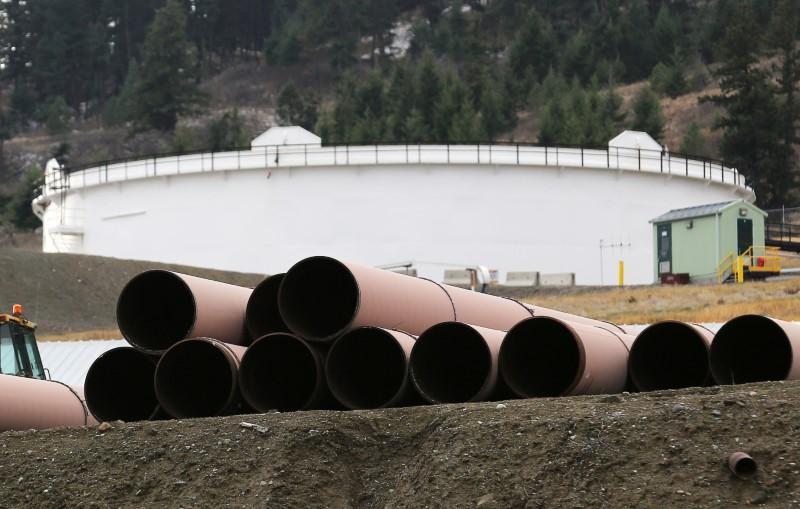 (Reuters) – Canada will likely buy the Trans Mountain pipeline from Kinder Morgan Canada Ltd and its proposed expansion project in an attempt to ensure it is built, Bloomberg reported Monday, citing a person familiar with the talks.

The company, a unit of Kinder Morgan Inc, based in Houston, had stopped all non-essential work on the C $ 7.4 billion project in April, citing delays in permits and political opposition in British Columbia, and said that would eliminate the expansion unless the legal challenges are resolved before May 31.

The expansion of the Trans Mountain pipeline, which transports crude oil from the tar sands of Alberta to a facility in the Pacific province of British Columbia, has also faced opposition from environmental groups and some aboriginal groups.

The left-leaning New Democracy minority government in British Columbia, citing the risks of a major spill, opposes the project. This year, he proposed new rules to temporarily block the increase in oil shipments while examining the preparedness and response to the oil spill.

Canadian Finance Minister Bill Morneau is expected to announce on Tuesday whether or not the government plans to support the expansion of the oil pipeline expansion, Canadian press reported Monday. Bloomberg bloom.bg/2GVVOL3 also reported that the agreement could be announced on Tuesday.

"We are not commenting on the speculation," a Morneau spokesperson told Reuters, while Kinder Morgan Canada was not available for comment outside normal business hours.

Options for oil pipeline expansion include that the government purchases the project and sells it after completion or buys it provisionally and sells it to investors for further construction, the Canadian Press reported. bit.ly/2GXafPh

Morneau had presented a third option, which is to leave construction to Kinder Morgan Canada, but cover any cost overruns incurred as a result of political interference, the Canadian Press reported.

Report of Ismail Shakil and Nivedita Balu in Bengaluru; Editing by Amrutha Gayathri