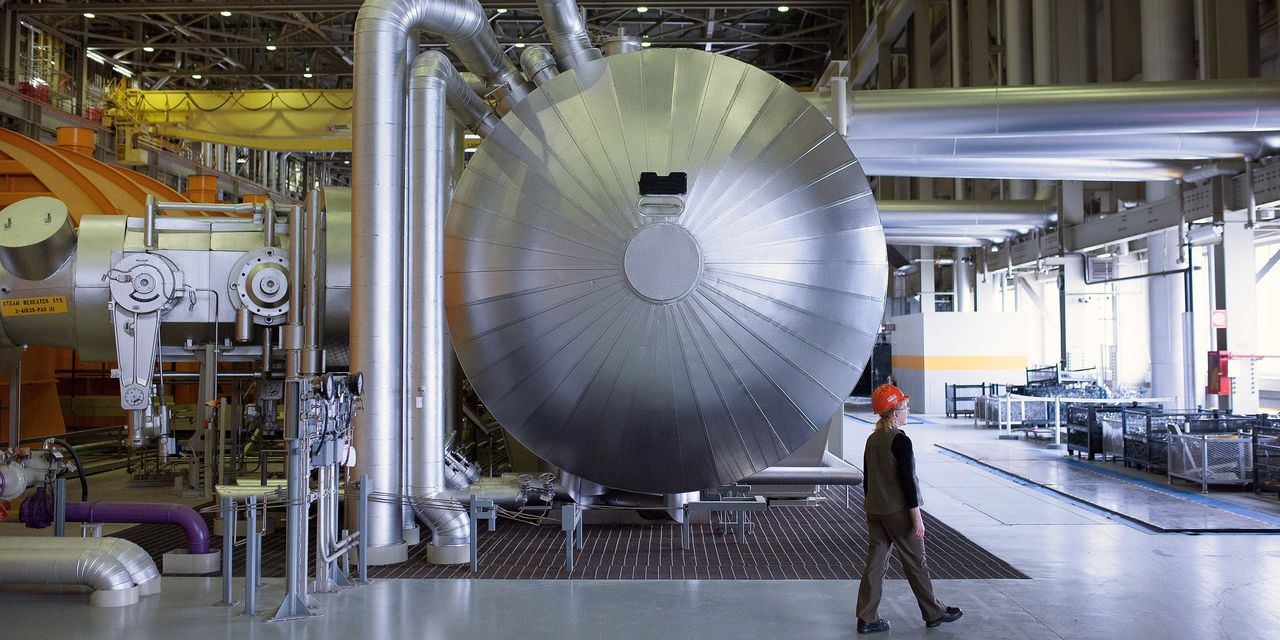 It is counting on nuclear power to be part of its clean energy mix, which will play a leading role in drastically reducing carbon emissions. On a per capita basis, Canada’s carbon emissions are in line with those of the US and are higher than in Russia, China, and India.

“We don’t see a path where we will achieve net zero carbon emissions by 2050 without nuclear power,” said Seamus O’Regan, Canada’s minister of natural resources. “It is proven, it is proven and it is safe. We are good at it. “

Canada ranks sixth among countries in terms of nuclear power generation, according to the Washington, DC-based Institute of Nuclear Energy. The electricity produced from 19 nuclear reactors represents 15% of the country’s energy supply. In Ontario, an economic engine with a larger surface area than the state of Texas, nuclear power is the main source of electricity, at 60%.

Late last year, the federal government of Canada established a policy roadmap to encourage the deployment of what are known as small modular reactors, or SMRs. They are a new class of reactors that are built in factories and come in a variety of sizes. They can produce enough energy for a town of as few as 5,000 or for a city of up to 300,000.

Unlike legacy reactors, which are built on site and large enough to power a city of a million or more, these smaller versions can be transported and placed in locations where they connect to the electrical grid to serve a large region, or meet the needs of industrial areas or small cities. Proponents add that SMRs are more efficient at producing electricity compared to legacy reactors, and that their costs make them competitive with fossil fuels like natural gas and coal.

Canadian officials see small modular reactors as a way to provide electricity to remote indigenous communities in the north, some of which run on diesel. Two oil-rich western provinces, Alberta and Saskatchewan, rely on fossil fuels to generate most of their electricity, and neither has nuclear reactors. Both provinces, however, have indicated to the Canadian government their interest in deploying small modular reactors as part of an economic strategy and an effort to switch to cleaner forms of energy.

Terrestrial Energy Inc., a company based near Toronto, is developing a 300 megawatt reactor that uses molten salt as a coolant and fuel. The Canadian government awarded the company C $ 20 million, equivalent to about $ 16 million, in funding to help drive new research. Terrestrial expects to have its first small reactors ready for deployment by the end of this decade, assuming regulatory hurdles are overcome.

The prospect in Canada for small modular reactors has political support, with the federal government and four of the 10 provinces on board with the rollout of the technology. “They believe these technologies are important to them, because of their economic and environmental ambitions,” said Simon Irish, Terrestrial Energy CEO.

Some say that small modular reactors and other new designs look good on paper, but have not yet passed real-world testing. “These are PowerPoint reactors,” said Mycle Schneider, a Paris-based nuclear energy consultant who is often critical of the industry. “These are not existing large-scale designs. It is far from being detailed engineering. “

Even some nuclear power supporters say that small reactors using new designs are likely to cost more per megawatt than established designs that include large capacity in a single plant.

“In my opinion, it’s a shame because they’ve spent all this time, all these years” developing and testing the latest generation of large reactors, said George Borovas, head of nuclear practice at the Hunton Andrews Kurth law firm. The first reactors of its kind are often delayed and “more expensive than it sounds,” he said.

Terrestrial Energy is one of three companies Ontario Power Generation is working with in anticipation of adding small modular reactors at the Darlington Nuclear Generating Station, located 45 miles east of Toronto and currently capable of generating 3,500 megawatts, or whatever. enough to power two million homes. . Ontario Power Generation, a provincial government-owned utility company, is in a separate joint venture with Seattle-based Ultra Safe Nuclear Corp., which is seeking a license to build and operate a 15-megawatt modular reactor in a city at about 125 miles northwest. from the capital, Ottawa.

Irish said the next step for Canada is for governments to make more funding available to help start-ups in the small reactor field. “This is an important industrial technology for Canada, from an economic, employment and climate change perspective,” he said.

Governments at the national and regional levels “have a role to play in sharing risk and reducing the cost of capital,” the ministry said. “Without government support, the private sector may not make the necessary investments to set the stage for an SMR industry in Canada.”

O’Regan, the minister of natural resources, told reporters in December that additional money could be made available in the annual budget plan for 2021. “We cannot afford to take anything off the table,” he said. “I see the world in a very pragmatic way.”