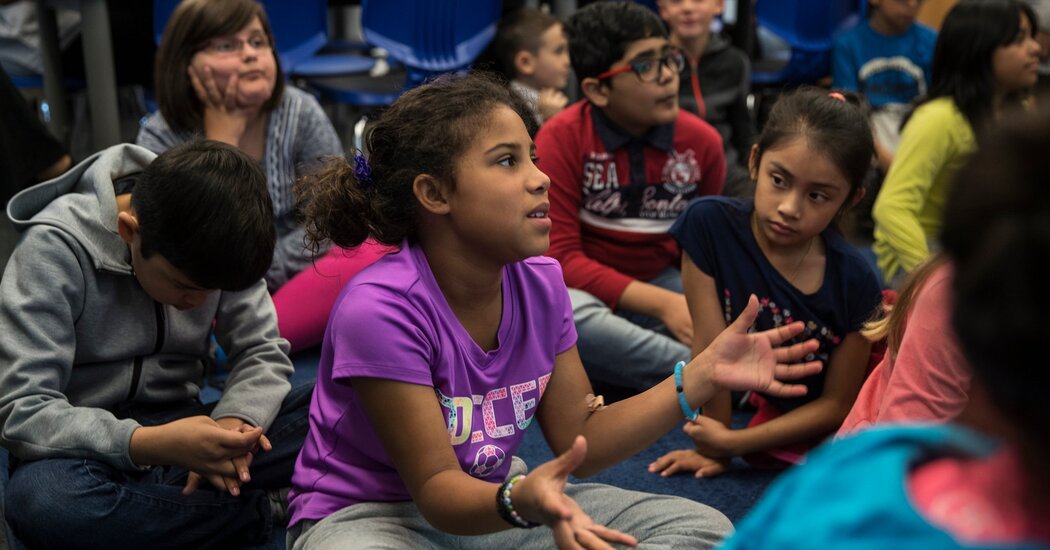 Australia letter There is a weekly newspaper from our Australia bureau. Sign up Receive it by email

Every night, we wait for the email. Sometimes it arrives late in the afternoon, but many nights it doesn’t hit my inbox until 10 or 11 am. Finally, it arrives, written by a school principal that we know that my son’s high school is still closed.

After months of distance education, students aged 11 and 12 returned to class on 14 July in Melbourne. For my son, who is in the 11th grade, stayed in this school for less than a week – we were informed on 20 July that A.W. The student at his school tested positive for coronovirus and the person learning in all would be suspended if the school operated cleanliness and contact tracing.

From today to 31 July, the school is clean but contact tracing continues. Parents or students have never been given a timeline of how long the tracing will take. We wait day to day to update whether we will resume school the next day. The principal waits on the health department to let them know when contact tracing is complete, and does the superlative work of the health department to – I believe – its best wait for coronovirus examination results.

With debate in the United States as to whether schools should reopen after the annual summer vacation, there are some useful lessons in the struggles of our schools in Victoria. An opinion piece in the Times this week asked, “What happens when a school has a case of Kovid-19?” Well, here in Melbourne, many schools are already answering this question.

I spoke to Times Education reporter Eliza Shapiro today, while briefing her about plans drawn up by the New York City school district – the largest in the US – to reopen. It is one of the only large districts in the country that is trying to learn anytime soon, with most major districts opting for distance education for the visionary future.

Eliza’s reporting with Dana Goldstein showed that most large school districts are at risk of large community coronaviruses if they reopen, but New York is eager to move forward and the Eliza I described are complex and ambitious, Which are with specific standards. When and under what conditions will the schools be closed.

“It’s really complicated,” he told me. “We have so many vulnerable children, so many disabled children, so many homeless children, so there is a lot of interest in getting back as many children in the classroom. But once we really open up – if we open up – real life collides with these plans and it’s going to be really tough. “

Americans may not fully understand what we have already learned in Victoria: Plans can quickly disappear if the virus plays out unexpectedly. Each case or cluster becomes its own mystery, which demands time and resources, creating concern at new levels.

To be clear: I do not blame anyone for my son’s school status. It is an unused word in these bizarre times, but the situation is unprecedented and extremely complex. I applaud everyone involved for trying to keep the community as safe as possible. But Victorian schools are in a better position than many American school systems by almost every metric, and yet here things are muddled and unpredictable and often delayed for reasons that are unknown or not fully shared.

Just like our nightly ritual of knowing exactly what our situation will be the next morning, the most worrying thing about this virus is the extreme uncertainty and endurance. What will tomorrow bring? Or the next day, month and year? I hope that we can, at the very least, help inform other parents, students and school districts about what they are doing and what their own future holds. And for now, it’s mostly anticipation after disappointment.

What are your biggest concerns about schools reopening in Australia or elsewhere? Let us know at [email protected]

The stories of this week are as follows:

Last week We wrote about pandemic reading, And asked what you were reading right now. Here are some reader responses and suggestions:

I am reading a novel that is not about the epidemic, but, I think, well captures the sense of stay-at-home claustrophobia: “A gentleman in Moscow,” by Amor Towles.

An illuminated biography of Nicola Tallis, “The Uncovered Queen” has really helped me in the current state of being safe. It is about Tudor matriarch Margaret Beaufort, Henry V11’s mother and her extraordinary life.

During the Kovid quarantine I have discovered Australian women writers and am enjoying books that focus on station life in the Outback rural areas. Authors such as Fleur Macdonald I found it brilliant in developing complex characters, relationships and behaviors, particularly for Australian rural areas. I found several books by Curley Lane, which are also based in rural Australia. I can recommend searching for the books of Anne Rainey, Dee Morrissey and Kate Grenville; All accomplished authors of Australian fiction.

Enjoy Australia letter? Sign up here or forward to a friend.

For more Australia coverage and discussion, start your day with your local morning briefing and join our Facebook group.