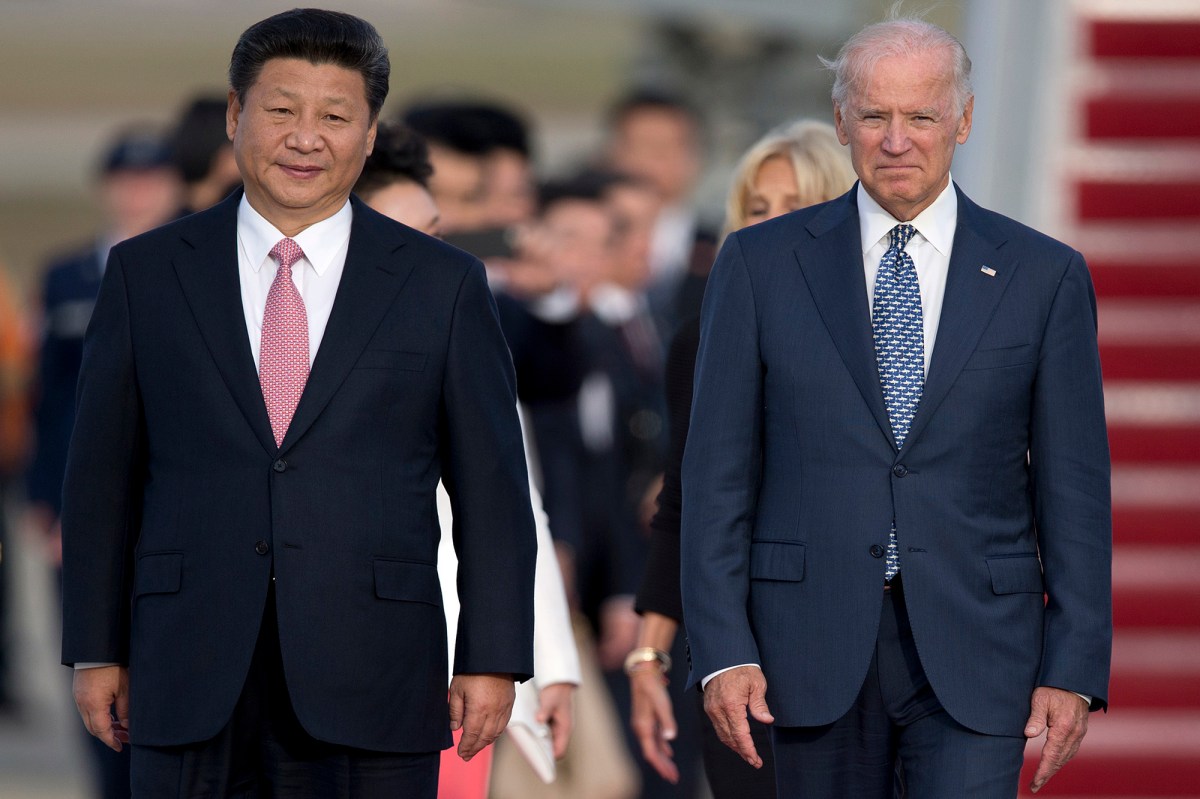 Joe Biden has already spent at least one friend before running for president. In the Obama era, Biden spent dozens of hours with Chinese President Xi Jinping. On one occasion, he ate noodles at a restaurant in Beijing with Biden’s granddaughter, and Xi once called Biden a “friend”. As recently as May 2019, Biden insisted that China’s Communist leaders “are not bad people.”

But in a couple of years a lot can change. In an attempt to show his strictness on China, Biden began to describe Xi as “a thug who is actually one million Uygars… Concentration camps.” As president, Biden says he will “bring a united front of friends and allies to challenge China’s abusive behavior.”

But really, is the presidential-election still too soft on Beijing to face Xi? Could he prove the critics wrong?

There is no shortage of potential “friends and partners”. China’s neighboring countries, such as Taiwan, Japan and India, are concerned with Beijing’s growing military assertiveness. And in countries such as Myanmar, where China is building roads, pipelines and power stations, there is a popular backlash against what locals see as a violation of national sovereignty.

China’s diplomacy is also increasing hacking. Take Australia, where Beijing has revealed everything from trade deals to tanks to influence the country’s elites. Over the years, the mood has suddenly changed: Australia has tightened security regulations on foreign investment and increased defense spending in the Indo-Pacific.

When the Australian government called for an international inquiry into the origins of the novel Coronavirus, China’s Foreign Ministry called it “shocking”, as Australia was “considered a good friend.”

At the United Nations, meanwhile, Xi managed to criticize – until last October, when 39 countries joined a declaration against Beijing’s violation of their rights. China’s record has always been horrifying, but it became unnatural in the past year: you can’t forget the pictures of millions of Hong Kong citizens protesting – followed by mass arrests of opposition figures. Nor were the footage of Uygur Muslims unnecessarily loaded, blindfolded and pummeled on trains.

And that is before the COVID-19 coverup. Even in relatively China-friendly regions, such as in Latin America, Xi’s party has been publicly angry at her for her role in the epidemic. A Pew poll found that “unfavorable opinion of China” from Canada to South Korea has increased over the past year.

In theory, then, Biden should be able to build his “united front”. In practice, this would be more difficult. Last month, the European Union ignored the warnings of US officials, including a senior Biden advisor, and signed a trade deal with China. (Xi enthusiastically described it as “a deal between the world’s two major powers”) EU leaders may see China as a dangerous rival, but in the end, they needed trade opportunities , Even if it means isolating Washington and keeping mum about Xi. Torture.

When it comes to China’s trade practices, Biden may feel that his “friends and companions” evaporated. Implementing Trump’s “phase one” trade deal could give him more success. The outgoing trade representative, Robert Lighthizer, argues that America is in a strong position to “hold” [China’s] “Foot the fire” on its pledges on fair practices and procurement commitments.

Biden’s “united front” will receive more on security, where he hopes to remain quietly on the sidelines of informal partnerships with India, Japan and Australia, such as the “Quad,” and “Five Eyes” intelligence-sharing networks. .

But it is on human rights that there is most clearly an opening for international cooperation. China has pledged to respect Hong Kong’s autonomy. Biden could lead the push for that promise – perhaps by coordinated international sanctions on Chinese officials.

He may also push Congress to legislate against supply chains linked to Uyghur internship camps. And since Beijing would rule out any attempt by international courts to investigate the camps, Biden could empower American courts to deliver a ruling.

This will be a drastic step. But if the president-elect really believes what he says – that his life-long friends are monitoring the “genocide” – it’s hard to see how he could do anything less.