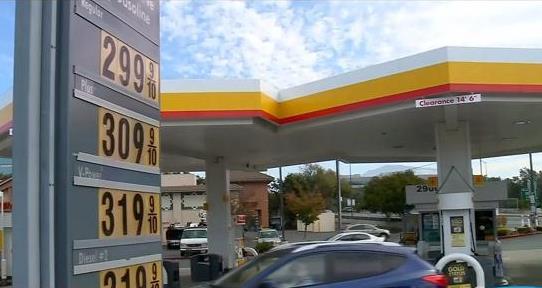 SAN DIEGO (NEWS 8) – If you haven’t filled your car’s gas tank already, now is the time to do it. California’s gas tax is going up 12 cents on Wednesday.

The tax hike Governor Brown signed into law earlier this year is set to take effect on Wednesday. The money it generates will be used to fix the state’s crumbling roads and infrastructure, but opponents are already mounting an effort to repeal it.

Starting November 1st, the statewide tax on gasoline will jump by 12 cents a gallon. When federal taxes are added, that total will be 69 cents a gallon – the second highest rate in the nation after Pennsylvania.

According to Governor Jerry Brown, the tax hike is expected to generate about $5 billion a year to fund state and local transportation projects – from patching potholes to reducing congestion on highways.

Richard Rider is chair of San Diego Tax Fighters and said a movement is underway to repeal the tax hike. It would require a ballot measure which would most likely hot happen until November of 2018, provided supporters first gather enough signatures.

Republicans view the tax increase as a highly unpopular move that will draw voters from across California to the polls in the midterm election.

As part of this legislation, drivers will also have to pay an annual vehicle fee, beginning next year, depending on how much a car is worth. That fee will range from $25 to $175.

Drivers who do not use gasoline will also be impacted by the tax hike. Beginning July 2020, the state will impose a $100 annual fee on owners of electric vehicles.