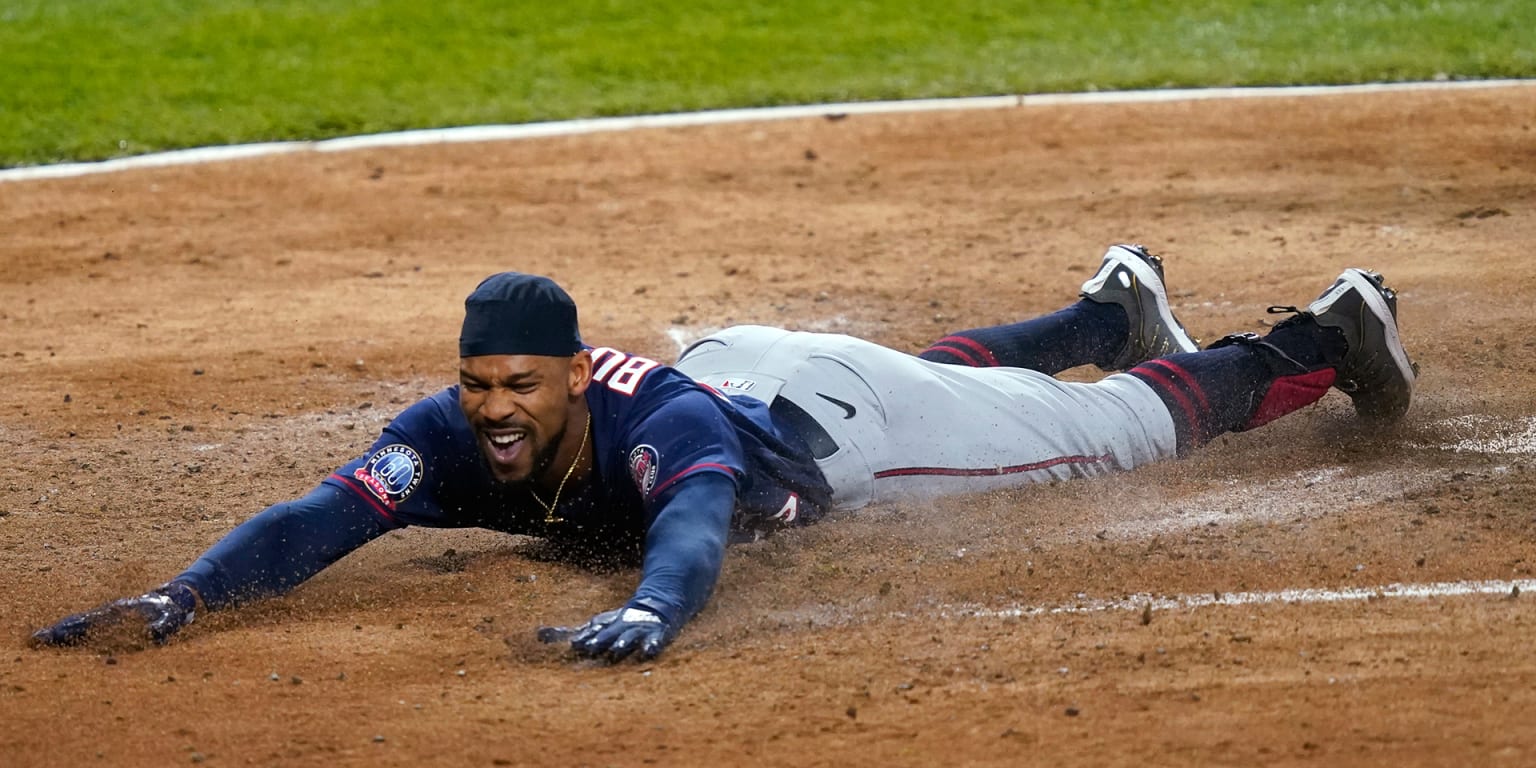 This led to home runs inside the third career of Buxton’s career, which was one of the most active players. He has four homers in his last seven matches.
Buxton and the Twins would argue that it should have been five.
In the ninth inning of Monday’s 3–1 defeat to the Sox, Buxton hit a ball into deep left field that clung onto Eloy Jimenez’s glove and rolled off the wall, and settled under the cushion of the outfield wall. Jimenez immediately gestured for the ball to be considered dead, but the umpiring crew initially called it live, allowing Buxton to round the bases to watch as an inside homer.

Although Jimenez simply picked up the ball and threw it again, the umpires ruled in the replay review that the ball was lying under the padding and thus dead and resulted in a Buxton homer in a ground-rule double. Gone.
“I mean, it looks like it’s probably leaning against the wall,” said twin manager Rocco Baldelli. “I don’t know. You could have probably bent and picked up the ball and thrown it if you wanted to. But then, what can any of us do about that? I’m not sure.
“It’s a judgment call. You just have to live with it. There is nothing you can do about it.”

Had that call not been overturned, Buxton would have become only the fifth player in a season in the twins history (since the franchise in 1961) with many inside parkers, Tony Olive (’64), Tom Brunanski (’82) , Greg Gagne (’86) and Steve Lombardozzi (’88).