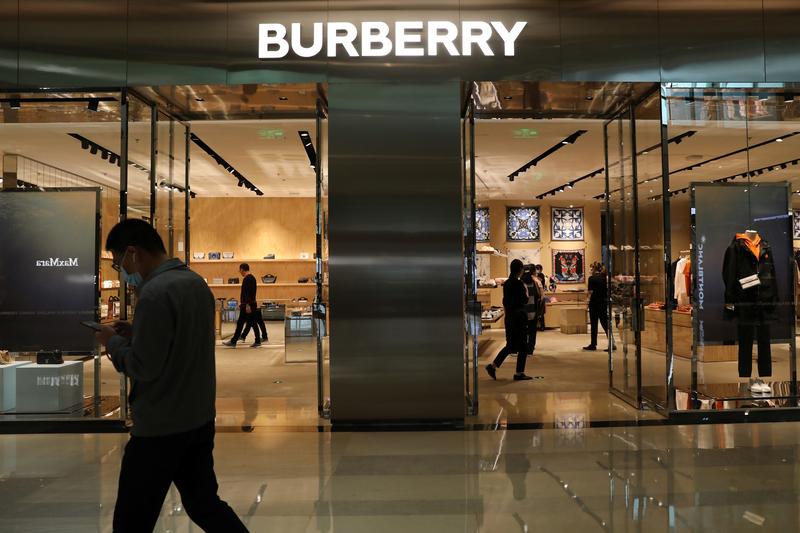 BEIJING (Reuters) – Burberry lost a Chinese brand ambassador and its distinctive tartan design was removed from a popular video game, becoming the first luxury brand to come under fire over China’s reaction to Western abuse allegations in Xinjiang.

China on Friday sanctioned organizations and individuals in the UK for what it called “lies and misinformation” about Xinjiang, days after Britain imposed sanctions for alleged human rights abuses in western China.

Burberry is a member of the Better Cotton Initiative, a group promoting sustainable cotton production that said in October that it was suspending its approval of cotton from Xinjiang, citing human rights concerns.

Award-winning Chinese actress Zhou Dongyu has terminated her contract with Burberry as a brand ambassador, as Burberry has not “clearly and publicly stated its position on Xinjiang cotton,” her agency said Thursday.

The company’s iconic checkered design has also been removed from clothing worn by characters in Tencent Holdings Ltd’s popular video game “Honor of Kings,” according to a post on the game’s official Weibo account, which won praise from netizens. China.

Burberry China did not immediately respond to a request for comment from Reuters. Burberry cotton is sourced from the United States, Australia, Turkey, India and Egypt, according to its website.

The backlash, particularly on social and traditional media, has also engulfed mass-market brands such as H&M, Adidas AG and Nike Inc, which have previously voiced critical views on working conditions in Xinjiang, China’s largest cotton-producing region. .

Activists and UN rights experts have accused China of using mass arrests, torture, forced labor and sterilizations of Uighurs in Xinjiang. China denies these claims and says its actions in the region are necessary to counter extremism.

In a letter to British lawmakers in November, Burberry said it did not have operations in Xinjiang or work with any suppliers based there, adding that it did not tolerate any form of modern slavery among its suppliers, including forced prison labor, under regime of servitude or involuntary. .

China’s National Textiles and Apparel Council, in a statement on Friday, urged international brands to stop “misconduct”, including excluding Xinjiang cotton from its supply chain, out of respect for Chinese customers.

“Burberry is one of my favorite brands. But I will stop buying Burberry products. I support my country in boycotting companies that spread lies about Xinjiang, ”Ip wrote on his Twitter account.

Reporting by Ryan Woo and the Beijing Newsroom; Edited by Edwina Gibbs