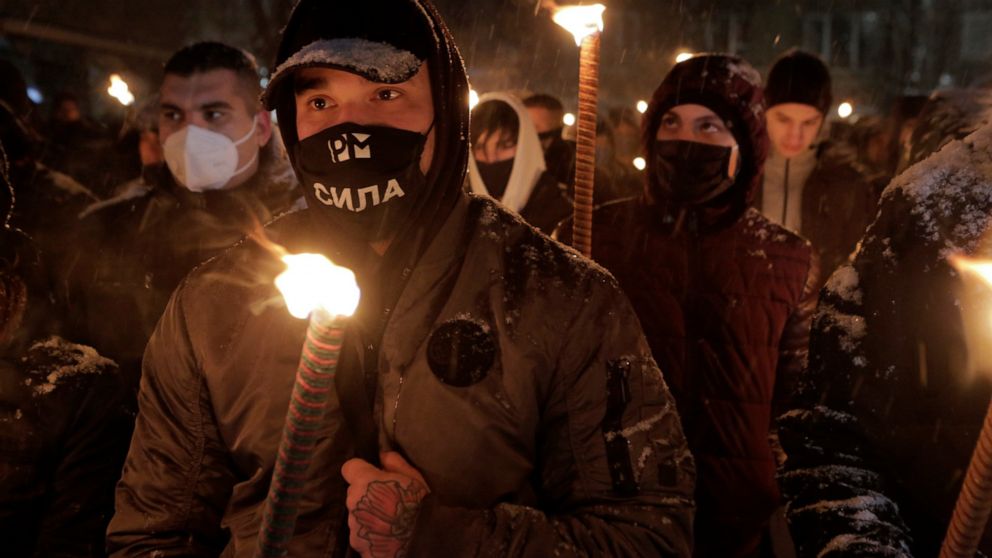 Far-right nationalists have gathered again in the Bulgarian capital to honor a late World War II general known for his anti-Semitic and pro-Nazi activities.

SOFIA, Bulgaria – Far-right nationalists gathered in the Bulgarian capital on Saturday to honor a World War II general known for his anti-Semitic and pro-Nazi activities.

Facing freezing temperatures, hundreds of dark-clad followers of the Bulgarian National Union group flocked to a central square where they had planned to start the annual Lukov March, a torchlight procession held every February to the former home of the General. Hristo Lukov.

The mayor of Sofia suspended the procession this year, allowing only the placement of flowers in the house. The police divided the participants into small groups and escorted them.

Early Saturday, dozens of anti-fascist activists demonstrated against the nationalist event, chanting slogans such as “No to the Nazis on our streets.” A heavy police presence blocked any confrontation between the two parties.

Neo-Nazis and like-minded extremists have marched for nearly two decades in honor of Lukov, who supported Germany during World War II and was assassinated by members of a resistance movement on February 13, 1943.

Contemporary nationalists deny that Lukov was an anti-Semitic fascist or that they are promoting neo-fascism. They claim that the descendants of the general’s assassins fear the annual march.

Human rights groups, political parties and foreign embassies have vigorously condemned the event each year. The mayor of Sofia previously banned the march, but organizers repeatedly managed to obtain a court order overturning the ban.

On Saturday, supporters of the Bulgarian National Union placed a wreath and flowers in front of Lukov’s old house and held torches in tribute.