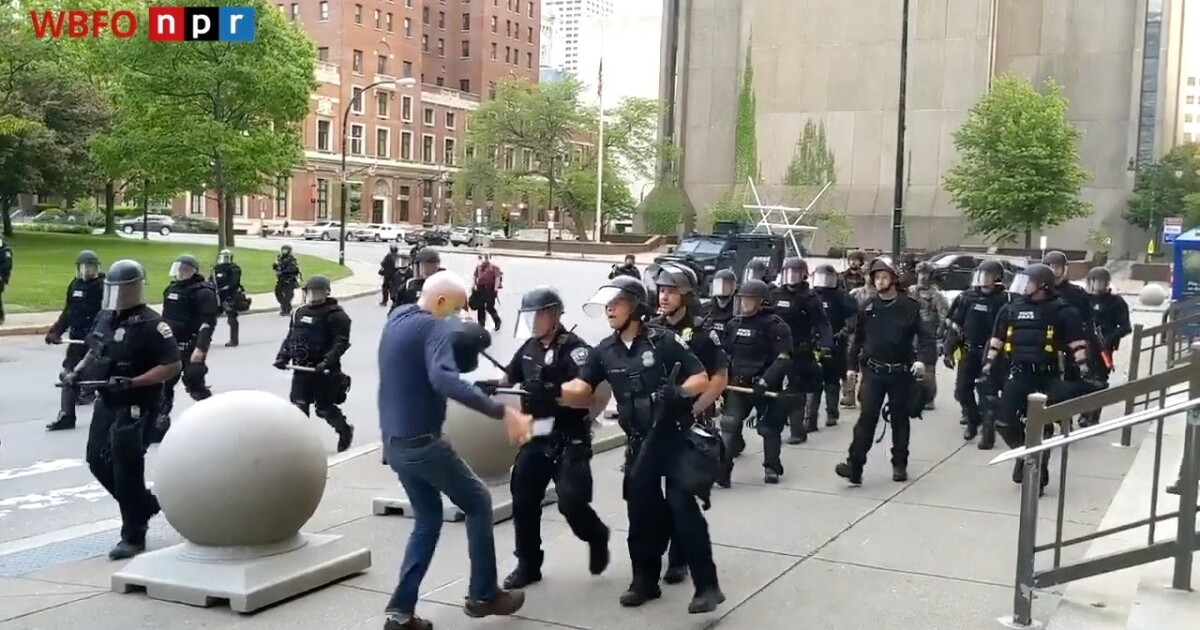 Gugino, 75, will recover in an undisclosed location to protect his privacy, according to his attorney Kelly Zarcone.

“Martin wants to thank all the hospital staff for their exceptional dedication and professionalism,” said Zarcone. “He received truly exceptional attention and for that, he is grateful.”

Gugino has been with ECMC since June 4, when officers Aaron Torgalski and Robert McCabe pushed him to the ground outside of Buffalo City Hall. Gugino’s skull fractured when the back of his head hit the sidewalk. The fall, which was captured on cell phone video, occurred moments after Gugino approached a line of moving officers.