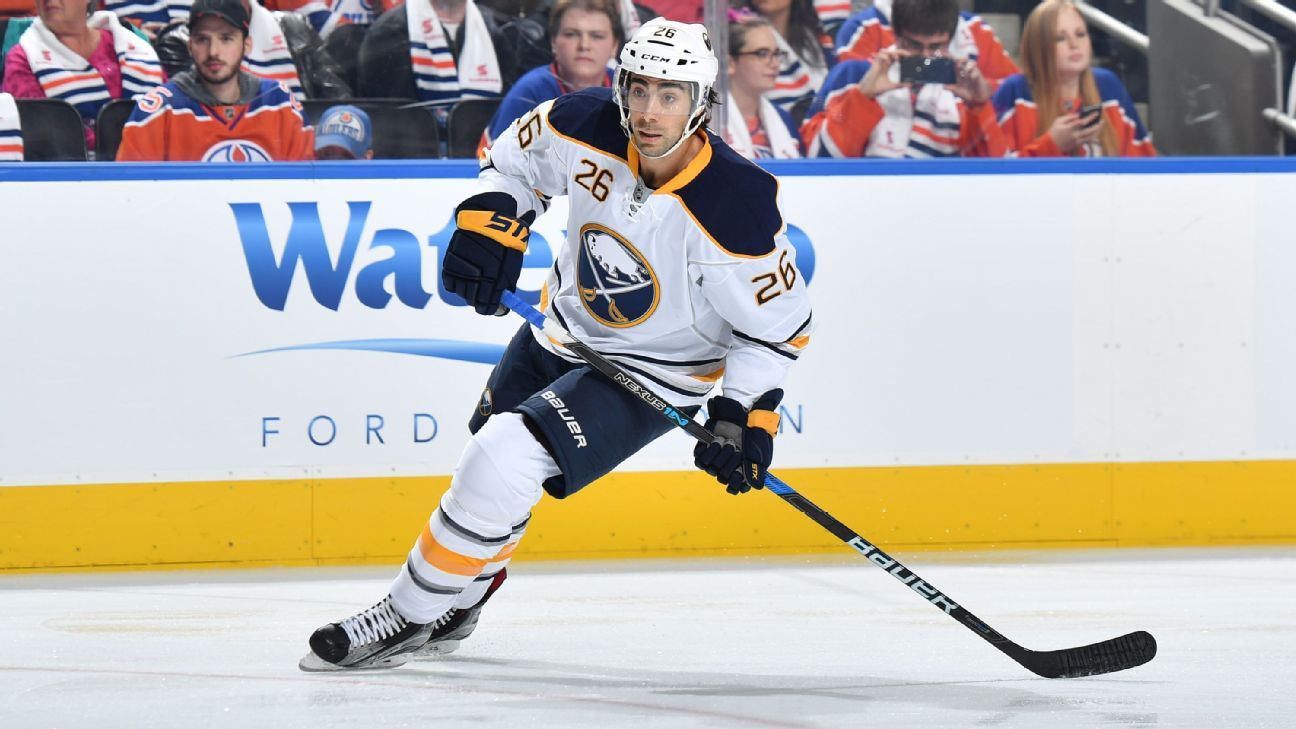 BUFFALO, N.Y. – The Buffalo Sabers are shaking up their underachieving roster by placing forward Matt Moulson on waivers with the intention of demoting him to the minors.

The move announced Monday involves a high-priced player who had difficulty cracking the lineup. The 34-year-old Moulson has no points in 14 games and has been a healthy scratch in seven of Buffalo's past nine outings.

He's an 11-year veteran who is in the fourth year of a $ 25 million contract. The demotion leaves Moulson's long-term future with the Sabers uncertainty, though he's due to make $ 5 million next season

Moulson's most productive seasons came during a five-year stretch with the New York Islanders, in which he had 118 goals and 223 points in 304 games.

The Sabers also recalled forward Evan Rodrigues from the minors in preparation to play at Colorado on Tuesday.