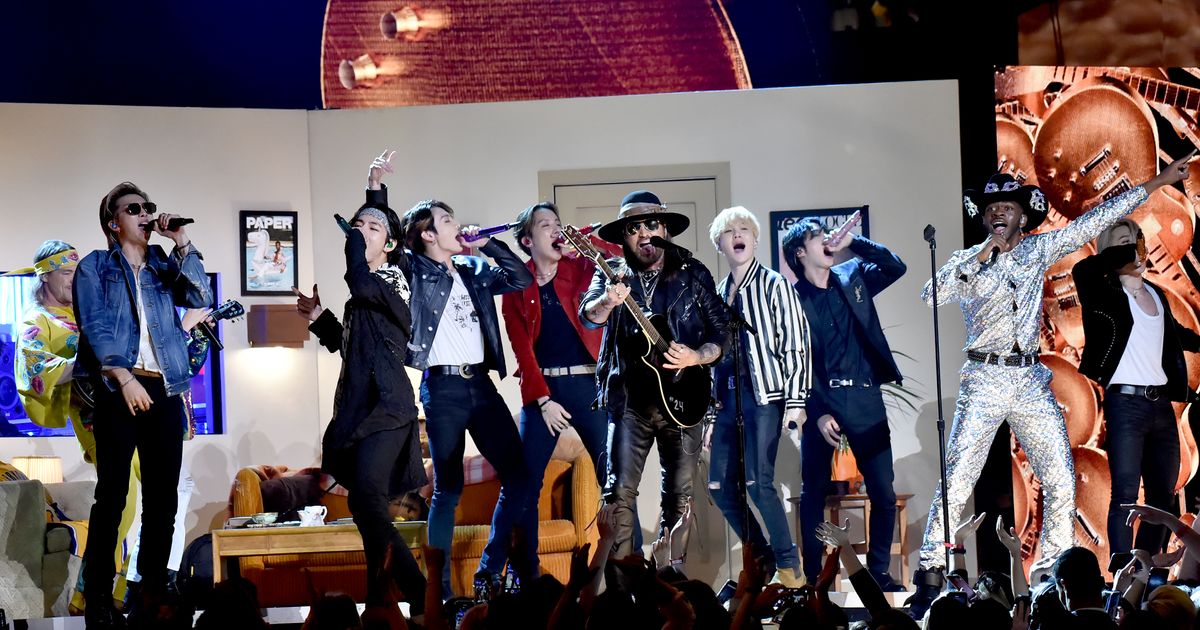 Yesterday, the Grammy Awards teased this year’s broadcast performance schedule with a massive troll. Today, the Recording Academy released a statement revealing who will perform at the 63rd Annual Grammy Awards, postponed by this year’s COVID, and almost equally important, as they will be acting. “Artists will come together, even though they are apart, to play music for each other as a community and celebrate the music that brings us all together,” whatever that means. It’s enigmatic, but at least the lineup of artists is strong: Bad Bunny, Black Pumas, Cardi B, BTS, Brandi Carlile, DaBaby, Doja Cat, Billie Eilish, Mickey Guyton, Haim, Brittany Howard, Miranda Lambert, Lil Baby, Dua Lipa, Chris Martin, John Mayer, Megan Thee Stallion, Maren Morris, Post Malone, Roddy Ricch, Harry Styles and Taylor Swift will perform on the CBS broadcast. The ceremony “will pay tribute to independent places, which have been greatly affected by the pandemic.” Concert hall workers in the front of the house and behind the scenes of three independent theaters, including New York City’s Apollo Theater, will perform various categories throughout the night.

A feature in Rolling Stone gave one more glimpse of what these pandemic-era Grammys will look like. The show will have no audience and will be filmed in an undisclosed, “magical” “huge” building in Los Angeles, with five sets facing each other in a circle. The ceremony will highlight “the creative triumphs of the year, social justice movements, as well as the impact of COVID-19 on the arts.” Show runner Ben Winston says his vision for the show is “a studio session part Grammys and part Abbey Road.” The ceremony, hosted by Trevor Noah, will air on CBS and air live on Paramount + on Sunday, March 14 at 8 p.m. ET.