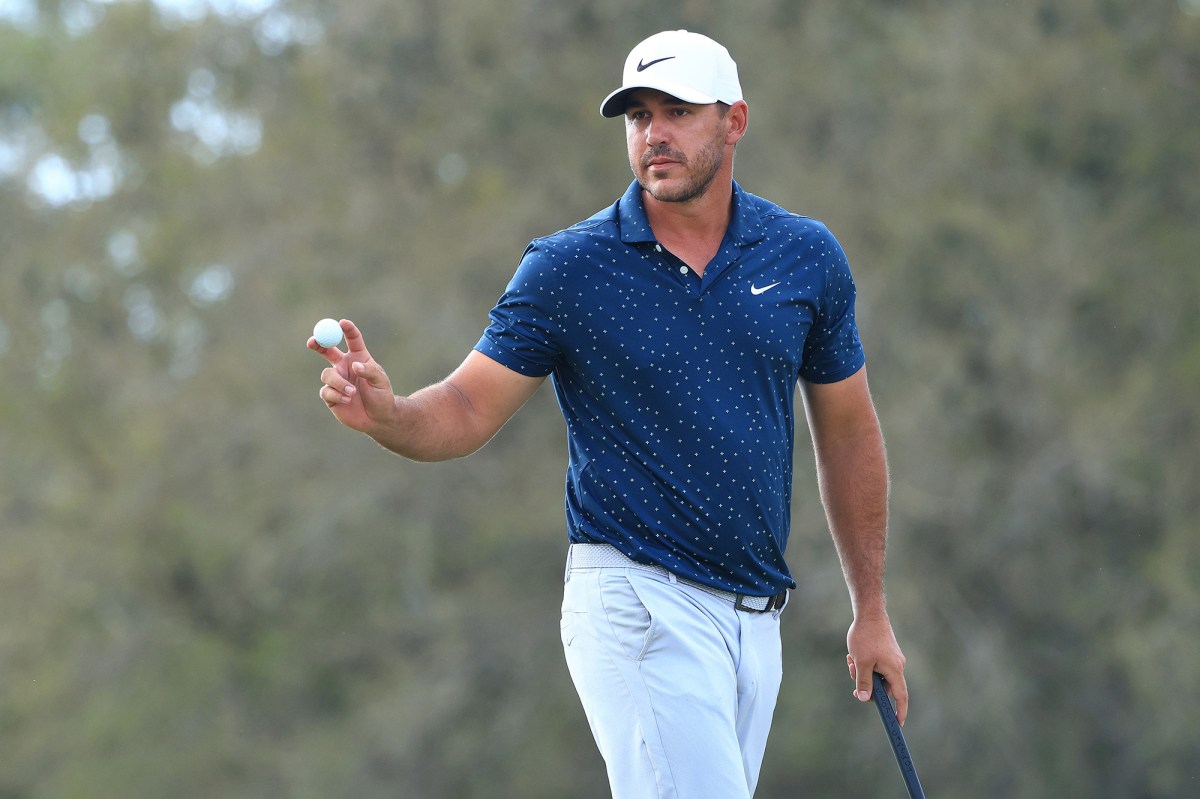 AUGUSTA, Ga. – Just a few days ago, the scandal on the PGA Tour was that Brooks Koepka not only could not play the Masters, but could be out for an extended period of time due to a right knee injury that forced him to withdraw from the Players’ Championship last month and required recent surgery.

However, late Sunday afternoon at Augusta National, shortly after the club’s annual Drive Chip & Putt competition was completed, Koepka, 30, was playing a four-hole course with his caddy, Ricky Elliott. piggyback.

Then, he spoke to a small group of reporters and said, in no uncertain terms, that he will play the Masters this week.

“If I’d known he was going to finish second, he wouldn’t have shown up,” Koepka said, channeling his inner Tiger Woods. “So, I feel like I can win.”

The four-time major championship winner, who is ranked 12th in the world, said he suffered a dislocated patella and underwent surgery on March 16 to reattach a ligament and “clean up what had been torn. of the kneecap “.

Koepka has been cryptic about how he actually sustained the injury, telling Golfweek three weeks ago: “An accident happened while I was with my family over the weekend.”

Describing Sunday’s injury, Koepka said he “slipped and slowly fell to the ground.”

That plan was to do everything possible to get back in time to play the Masters, but even Koepka admitted that he felt unrealistic at the time.

“Right away, I thought, ‘There’s no chance,’ when you’re in the brace and [the knee is] all wrapped up, ” Koepka said. “I don’t think anyone expected [such a quick recovery]. We were hoping to be here in Augusta, but you never know. I spoke to ‘Doc’ and we said the goal was to play Augusta, so I was going to do it [the surgery] and let’s see if we can play … and here we are. ”

Koepka, who said he has been rehabbing seven hours a day, said he was hitting balls six or seven days after surgery. In the past week and a half, he said he walked and played nine holes a few times at Riviera Country Club in Los Angeles, where he was rehabbing.

“I’ve walked enough,” Koepka said. “We have been preparing for this. Now it’s just a matter of driving the hills and trying to find the flattest routes. [to walk]. ”

Koepka was out of the game for three months after injuring his left knee by slipping at the CJ Cup in South Korea in 2019. Compensating for that knee later resulted in a labrum injury in his left hip and, more recently, has had neck stiffness.

This latest injury came at a time when he had rediscovered his form, winning the Waste Management Phoenix Open in February and tying for second at the WGC-Workday Championship.

Koepka finished second behind Tiger Woods at the 2019 Masters and finished tied for seventh last November.

When asked if there was any doubt that he will play this week after how he felt on Sunday, Koepka said: “Oh, I will play. I’ll be fine.”