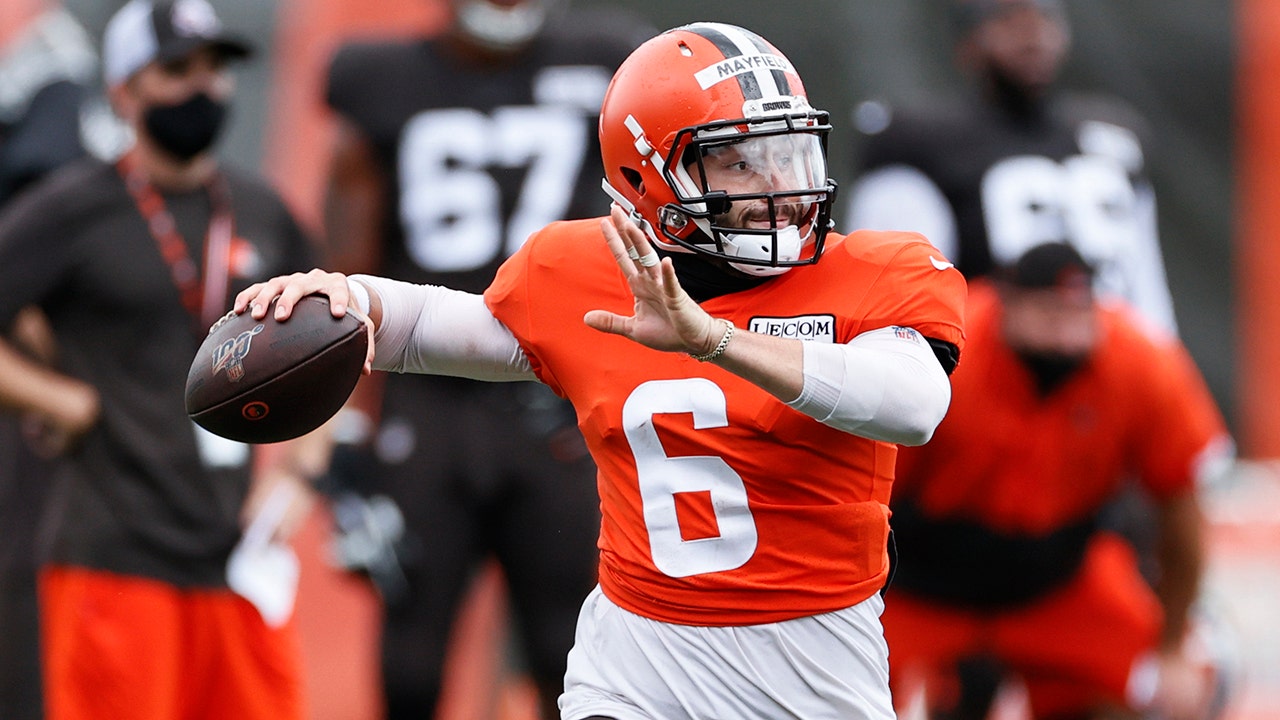 Baker Mayfield reversed his stance on the national anthem and announced on Saturday that he plans to stand for “The Star-Spangled Banner” before the Cleveland Browns take on the Baltimore Ravens.

Mayfield wrote in a statement that he has heard from fans and believes that kneeling will cause more division.

He wrote, “After reading many letters and messages … I have been shown that a gesture like kneeling will only create more division or discussion about gestures, rather than a solution to our country’s problem.”

“My heart is more emotional than it was months ago, due to the fact that we are not close to where our country should be. I love this country, but these challenges and adversities are an opportunity for much needed change for issues that have been going on for a very long time. It is going to come down to how we handle adverse situations and take advantage of our opportunities.

Cleveland Brads: What the team knows about the 2020 season

“Now I am posting this so this is not a discussion on Sports Day. And so the discussion can continue on how to make our country better instead of dividing us. Our team is ready to fight for our goals both on and off the field. ”

He said he would also stand for the singing of the black national anthem – “raise every voice and song.”

The third-year quarterback campaigned in the first year that he would kneel for the anthem and reaffirm his stance last month.

“I think in my situation, which is a blessing, to be out on a stage where I can speak on issues that are just wrong. According to ESPN, Wright is right, and wrong is wrong.” Is a human rights issue Which has been going on for a long time, and I believe that. It is nothing against anyone who is military or serving. Anyone who knows my history knows that I would fully support the military and such people. I am the one who serves our country for the right reasons and does it for justice. Those who don’t know, that’s fine – just take your time and take a second to know me. It’s a human rights issue. Right Is wrong. ”

He even wrote on Instagram in June that he was fine with losing fans over his decision to kneel.

On Thursday, the Kansas City Chiefs and the Houston Texans performed before kickoff. The chiefs locked arms during the black national anthem and stood on the sidelines during “The Star-Spangled Banner”. Texas did not come out of the locker room to sing either.

Both teams added weapons to the midfield for a moment of unity before the coin toss. Fans were seen booing the players in an instant.