British university to return Benin Bronze to Nigeria ‘in a few weeks’ – tech2.org 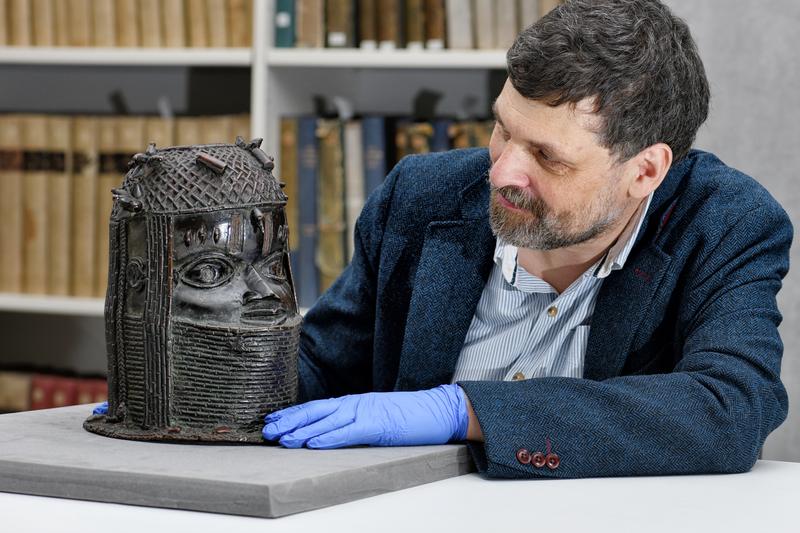 LAGOS / ABUJA (Reuters) – The University of Aberdeen said on Thursday it would return a Benin Bronze to Nigeria in a few weeks, one of the first public institutions to do so more than a century after Britain looted the sculptures and auctioned them to western museums and collectors.

The university said the sculpture of an Oba, or ruler, from the Kingdom of Benin, had left Nigeria in an “extremely immoral” manner, prompting it to contact authorities in 2019 to negotiate his return.

Pressure has increased to return Benin bronzes, actually copper alloy relief sculptures, and other artifacts taken by colonial powers to their places of origin.

Neil Curtis, Aberdeen’s director of museums and special collections, said the Bronze, purchased in 1957, had been “blatantly looted.”

“It became clear that we had to do something,” Curtis said.

Professor Abba Isa Tijani, Director General of the Nigerian National Commission for Museums and Monuments, said the importance of exhibiting bronze within Nigeria for the first time in more than 120 years was inexpressible.

“It is part of our identity, part of our heritage … that has been taken from us for many years,” Tijani said.

British soldiers seized thousands of castings and metal sculptures from the Kingdom of Benin, which later separated from British-ruled Nigeria in 1897.

The British Museum, which houses hundreds of sculptures, along with several other museums has formed a Benin Dialogue Group to discuss their display in Benin City, some officially on loan. You said that discussions are ongoing.

Germany is in talks to return 440 Bronzes from Benin as early as the fall, according to press reports, while Cambridge University’s Jesus College said it had finalized approvals in December to return another Bronze. Tijani said American museums also agreed to return two more Bronzes.

The governor of Edo state, whose capital is Benin City, plans to build a center to store and study returned artifacts by the end of 2021, and a permanent museum by 2025.

Artist and Edo state native Victor Ehikhamenor said he hoped the decision would spur others to follow suit.

“Because some of these things are missing in our environment, people cannot contextualize where we come from,” Ehikhamenor said.

Reporting by Libby George in Lagos and Paul Carsten in Abuja, Edited by Rosalba O’Brien