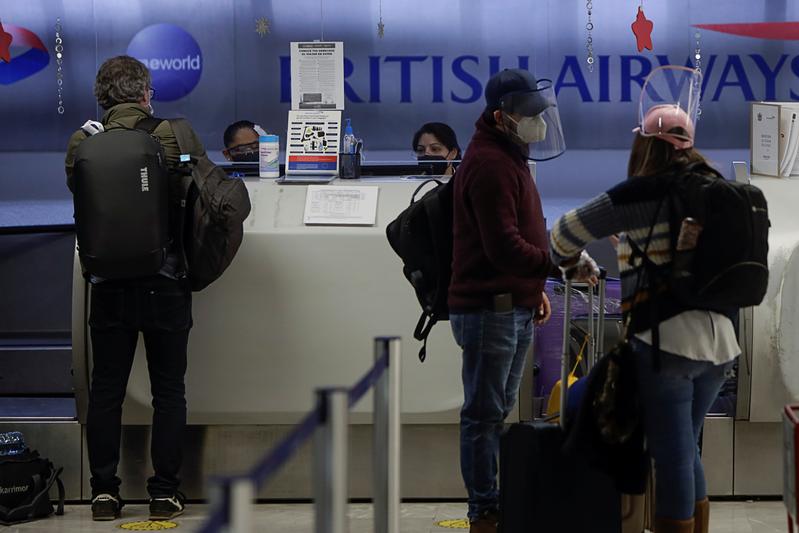 LONDON (Reuters) – The new head of British Airways said vaccinated people should be able to travel without restrictions and unvaccinated people with a negative COVID-19 test, as he laid out his ideas to restart travel a month before the government from the UK finalize their plans.

Holidays will not be allowed until May 17 at the earliest, the government has said, but before that, on April 12, Britain will announce how and when non-essential travel in and out of the country can resume.

Sean Doyle, appointed BA chief executive last October, called on Britain to work with other governments to allow vaccines and health apps to open up travel, after a year in which minimal flights have left many airlines. with life support.

Doyle said the launch of the vaccines made him optimistic that BA would fly again this summer, but added that recovery depends on what is said on April 12.

He wants the government to support health apps that can be used to check a person’s negative COVID-19 test results and vaccination status.

Applications will be key to facilitating large-scale travel, the industry has said. The airline staff checking the paperwork takes 20 minutes per passenger and is impractical if many passengers are returning.

Britain has swiftly implemented vaccines and 44% of the adult population, mostly people over the age of 60, have received their first vaccine.

The government has said that any return to the trip must be fair and not unduly harm those who have not been vaccinated.

Doyle expects Britain to introduce a tiered framework with destinations graded according to risk, and that will determine BA’s summer program.

Beyond saying there was “a lot of pent-up demand,” Doyle declined to forecast how strong the season could be.

Ryanair, its budget rival, Europe’s largest airline, has said it expects to fly up to 70% of 2019 passenger numbers this summer.

BA has reached an agreement with a test kit supplier that gives its passengers 33-pound ($ 46) tests to take overseas.

Travel commentators expect most European airlines to focus on short-haul leisure routes this summer, and Doyle noted that France, Greece, Portugal, Cyprus and Spain had been positive about welcoming British tourists.

But he said BA was looking further afield as well.

“We are already looking for new destinations during the summer that we have not flown to before, and that could be both long haul and short haul,” said Doyle.