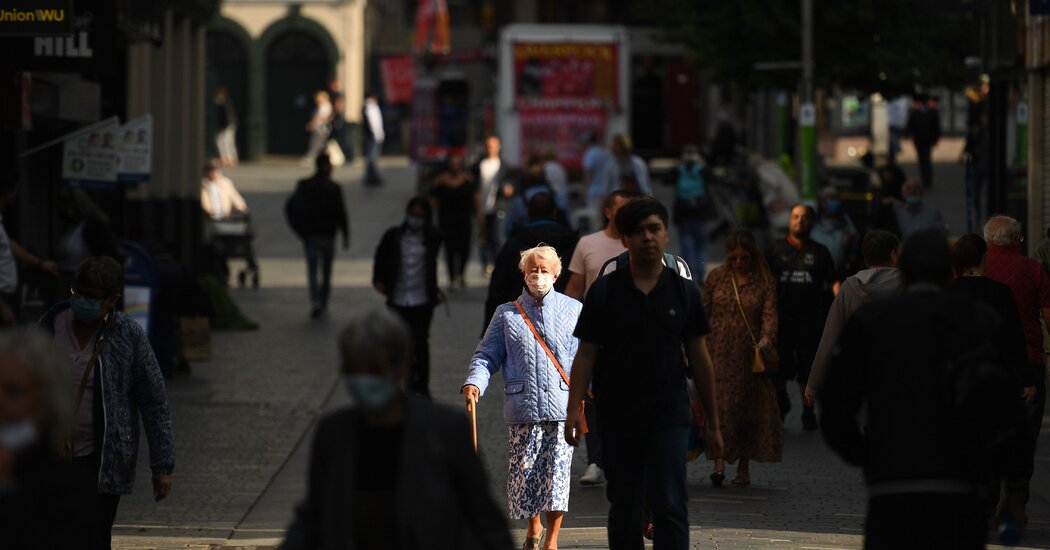 “It seems ironic,” said Jonathan Ball, a professor of molecular virology at the University of Nottingham, that after encouraging mass presence in pubs, cafes and restaurants through Eat Out to Help Out, that we can now Are considering banning or shutting down. Activities down

The latest signs of a resurgent march of the virus through Britain made the government much less favored. The R number, a measure of how many people a patient would infect on average, rose between 1.1 and 1.4, the government said on Friday, meaning that on average, every 10 people infected would spread the virus to between 11 and 14 others. Any number over 1 is a worrying sign that the epidemic is increasing.

In the week ending 10 September, around 6,000 new cases of coronovirus occurred every day outside England’s hospitals and nursing homes, government official figures estimate, nearly double the new infections the week before.

“We need to learn the lessons of spring,” said Susan Mixi, director of the Center for Behavior Change at University College London and a member of a government advisory group. Every day delay in implementing “measures to restrict transmission when it is growing rapidly will be costly in terms of health and stays in the economy in the short term and long term”.

Mr Johnson is considering what the BBC describes as two-week closed or limited hours for restaurants, pubs and other hospitality businesses. Scientists said the goal is to slow, but not stop, transmission of the virus by prohibiting risky, non-essential activities such as eating in restaurants.

However, some government scientists are pressuring Mr Johnson to move forward, putting something close to a full national lockdown, including the closure of schools for two weeks in October. By applying closures around an October school holiday, scientists hope to limit the disbandment of a school year that opened just in early September.