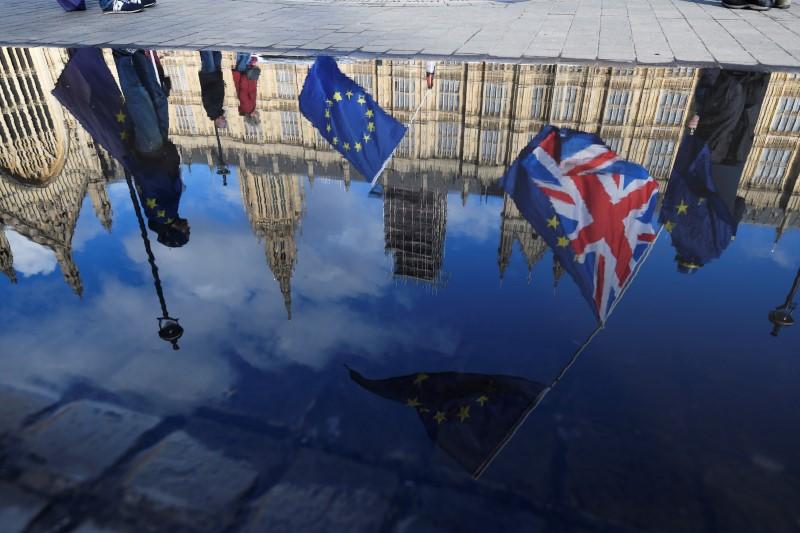 LONDON (Reuters) – The British government's estimate of how much the European Union will have to pay as part of its divorce settlement is at least 10 billion pounds too low, a committee of lawmakers said on Wednesday.

Negotiators in London and Brussels have agreed on a divorce bill from 35 to 39 billion pounds, which will be paid in the next decades after Britain leaves the block.

The bill was one of the most inflammatory elements of Britain's withdrawal negotiations, with Brexit activists at Prime Minister Theresa May's party angry about having to pay anything at all. The agreement was seen as an achievement for May because it turned out to be lower than initially feared.

But the Public Accounts Committee of parliament said the figure, which estimated the cost to the country as a whole, was an underestimation of the real cost to public finances and said the government needed to be clearer.

"The true cost of Brexit is a matter of exceptional public interest, and the government must provide parliament and the public with clear and unequivocal information," said committee chairwoman Meg Hillier.

"The government's narrow estimate of the so-called divorce law does not comply with this description, it omits at least 10 billion anticipated costs badociated with the withdrawal from the EU and remains subject to many uncertainties," he added.

The report said it did not include 3 billion pounds of payments that Britain would have to make to the European Development Fund, which the EU uses to provide foreign aid.

The Finance Ministry said that May had been clear that Britain would honor the commitments made to the EU while it was still a member of the bloc.

"We have negotiated an agreement that is fair to UK taxpayers and badures us that we will not pay any additional EU spending beyond what we sign as a member," said a Treasury spokesman.

The committee also said that the total estimated liquidation included around 7,200 million pounds of EU funds, which would go directly to the private sector agencies and, therefore, would not offset the cost to the government.

The Ministry of Finance's original estimate of total cost for the country did not distinguish between flows to public and private sector entities, and simply deducted a combined amount of cost.

The Treasury said: "The National Audit Office confirmed in April that our estimated figure is a reasonable estimate.We are now discussing what our future relationship looks like."