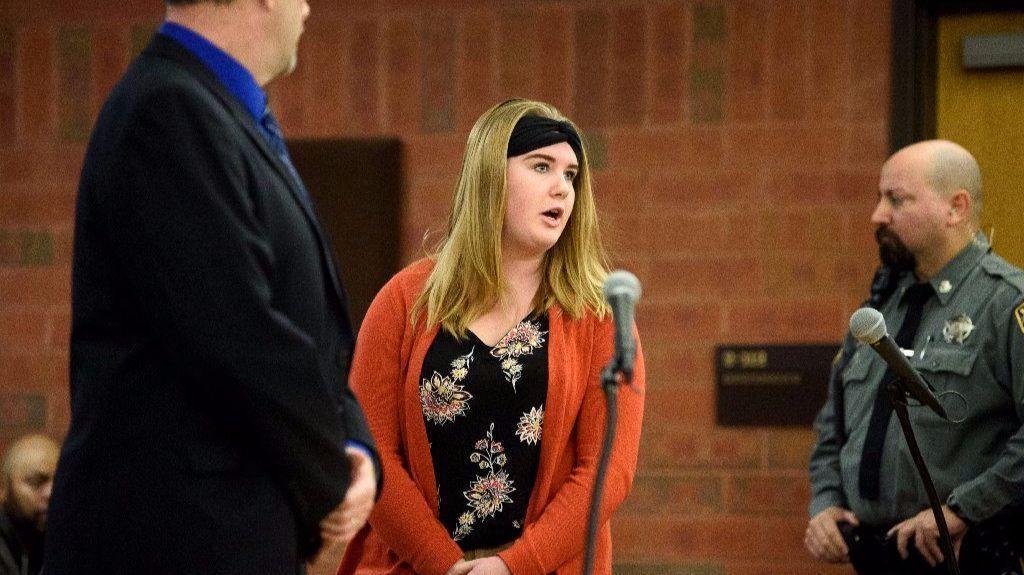 Brianna Brochu, the former student at the University of Hartford accused of harbading her roommate by staining body fluids in her partner's backpack and manipulating other items, made a brief appearance in court Tuesday and her lawyer said that I did not expect charges for hate crimes to be filed in the case.

Brochu, a Harwinton resident who was expelled from the university after his alleged harbadment of his roommate came to light, was accused by the West Hartford police of lack of peace and criminal conduct. His case continued until December 18, when, his lawyer said, he is expected to plead guilty.

Brochu, who is white, told the police she did not have a good relationship with her roommate, Chennel "Jazzy" Rowe, who is black. Brochu claimed that Rowe was rude to her and posted online videos of her snoring to mock her.

The NAACP and others have publicly supported Rowe and have urged Hartford prosecutors to press charges of hate crimes against Brochu, but prosecutors have declined to discuss the matter rather than say their decisions are guided by evidence And the law.

Attorney Thomas Stevens, representing Brochu, told The Courant that he does not believe a charge of hate crimes will be added.

"I think this is not the case that everyone has fanned the flame," Stevens told the media. "I think when all is said and done, what you're going to see is that there was nothing racial that motivated this.

" There were two students who came together, I think at random … they did not like each other, "[19659002] Brochu told police he attacked Rowe and said he licked his plate, fork and spoon, put some used tampon blood in his backpack and mixed his lotions with other lotions on Rowe's desk.

Rowe She told the police that Brochu "generally ignored her and treated her like a ghost," according to Brochu's arrest warrant She had asked for a room change and was taking her belongings out of the room on October 17 when she left Light the post from Brochu on Instagram describing his alleged behavior.

A crowd, which would grow to about 50 people, began to gather outside the High Court in Hartford around 8:30 am Tuesday. "All eyes are looking (the hate crime decision), "he said. Hartford pastor Stephen Camp, who waited outside the courtroom.

"Hate crimes are not just putting crosses on the lawn," Camp said. "The motivation for this was race, it was hatred."

A group of protesters are meeting before Brianna Brochu court appearance in the Hartford High Court on Tuesday. Brochu, a former student at the University of Hartford, is accused of tampering with her roommate's utensils and other items.

A group of protesters meet before the presentation of the court of Brianna Brochu in the High Court in Hartford on Tuesday. Brochu, a former student at the University of Hartford, is accused of tampering with her roommate's utensils and other items. (Mark Mirko / Hartford Courant)

The crowd filled the courtroom with an appearance that many of them found disappointing. Among them was Pastor Daylan Greer of Bloomfield.

"I am disappointed with the law," Greer said. "I am disappointed that, once again, it seems that this will continue several times for community support to diminish, however, we will return because we believe it is a hate crime and hatred should not be tolerated."

Ajia Coleman, 21, of Windsor, president of the NAACP chapter at the University of New Haven, called the charges "unbearable" "And" repulsive "and she said she favors the addition of charges of hate crimes After the brief appearance before the court, she said she was not sure if she was angry but disappointed.

After the brief appearance in court, Harris expressed frustration He said he was optimistic about the court appearance on December 18.

"If you think this will slow down the movement, it's not," Harris said. strong, we'll still pack the court. "

Stevens said Brochu, who was not available for an interview, said he regrets what he did.

Stevens said he does not think there will be hate charges against Brochu because" I do not believe that there is evidence of So. "

Many of those who want to see hate charges see that evidence in Brochu's reference to his roommate, Rowe, as" Jamaican Barbie. " "But Stevens said that Rowe used those words to describe herself on social media."

Stevens said he also believes that the University of Hartford handled the case in a deficient and unfair manner." I hope to take UHart on his behalf. " Stevens said, "We will investigate any possible claim that she may make because she was handled unfairly."

Stevens said the university's handling of the case was "rushed and then, due to the firestorm that happened immediately after that, my client was summarily dismissed without any due process. "