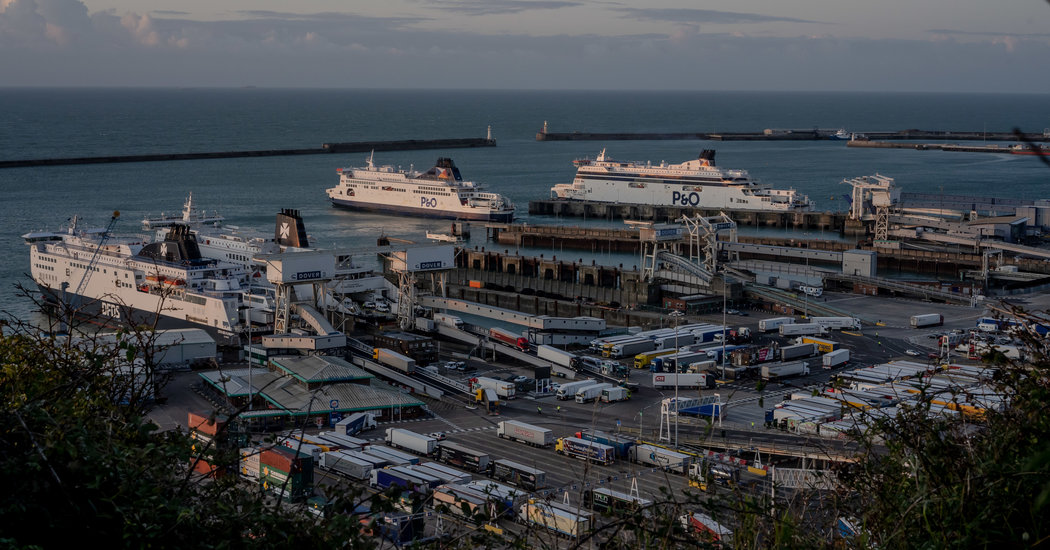 LONDON – No more hassle-free access to healthcare. An increase in cell phone bills. And months of preparation if you are going to bring the dog.

For the British who have become complacent about crossing the English Channel in the four years since they voted for Brexit, the situation will soon become much more complicated. Until now, the biggest problem they faced was driving on the wrong side of the road when arriving in France.

With Brexit in its final phase, a government advertising campaign warns that the British will lose healthcare rights in the countries of the European Union and could pay roaming fees when they use cell phones there.

Perhaps as alarming to a nation of dog lovers, wandering freely will be more difficult for British pets. Owners must plan four months in advance to ensure documentation to bring them.

Britain formally left the European Union in January, but is honoring most of the bloc’s rules until a transition period ends in December. After that, Britain will be out of the bloc’s economic structures and can continue plans to tighten immigration controls and strike trade deals around the world.

But for travelers and for many companies, the end of the transition period means more than one thing that is often considered a specialty of the European Union: bureaucracy.

“For ordinary travelers, it means preparing to pay more and more inconvenience,” said Anand Menon, professor of European policy and foreign affairs at King’s College London. “For business, the government is telling them to prepare for an enormous amount of paperwork.”

Even assuming that Prime Minister Boris Johnson reaches an agreement with the bloc that guarantees no tariffs or quotas on trade, further controls on imports and exports are inevitable.

That is the result of abandoning the single market and the block’s customs union, something Mr. Johnson promised to do, a system that allows thousands of trucks to leave the ferries between Dover and Calais every day, mainly without stopping.

According to British government estimates, the rule change will require an additional 400 million customs declarations each year, adding a significant cost to companies.

The government has said it will spend more than 700 million British pounds, about $ 880 million, on infrastructure plans and will build around a dozen facilities near the ports to process imports.

If the technology works as planned, as trucks cross the Canal, their drivers will be instructed by text message whether to stop at a special location, either at a port or nearby. Others will be allowed to complete the procedures at their destinations.

“We are committed to working closely with businesses and the border industry to help deliver not only a fully operational border at the end of the transition period, but also the most effective and secure border in the world,” he said. Michael Gove, a cabinet member with the title of Chancellor of the Duchy of Lancaster.

But he recognized that a new customs system will not fully function until next July, so Britain will effectively move many European trucks through ports for several months. That has raised fears of a legal challenge under the rules of the World Trade Organization, according to a leaked internal letter from Liz Truss, the secretary of international trade, worrying that, in some circumstances, Britain could be seen as giving preferential treatment for EU imports by not subjecting them to the same conditions as, for example, the United States or Australia.

Customs change poses great economic risks. A business lobbying organization, the Institute of Directors, surveyed 978 members and found that less than a quarter were fully prepared. One in seven said they were distracted by the coronavirus crisis and nearly a third wanted the details of the new system to be clear before making the adjustments.

With so much progress, many managers feel that preparing for Brexit itself is like trying to reach a moving goal. Jump immediately to what comes next would be a nightmare for many companies, “said Jonathan Geldart, CEO of the Institute of Directors.

Part of the problem is that Britain has been here before, as last year it failed to meet the successive deadlines for leaving the European Union. In 2019, some companies prepared for a breakup only to find it unnecessary.

So this time, the government needs to make sure companies know changes are coming, even before it’s clear how much disruption can be minimized.

Travelers also need to know that the rights that many have taken for granted, such as working or retiring in continental Europe, are coming to an end. Therefore, the government campaign, with the slogan “The UK’s New Beginning: Let’s Go”, warns the British, for example, that they will no longer be able to use a European pet passport system and will need different documentation.

Johnson, elected with the help of many voters in the northern working-class districts, is unlikely to worry about upsetting wealthy, pro-European Britons who travel with their pets to vacation homes in rural France.

On Monday, the government also announced details of a new immigration system to be introduced next year, once Britain ends the free movement of workers in the European Union.

Home Secretary Priti Patel said the system “would attract the best and the brightest from around the world,” but that many low-paid workers will be excluded, alarming various types of employers who depend on them, including nursing care institutions. .

But the government expects such employers to have to raise wages to attract British people to do those jobs. That upward pressure on earnings could prove popular in the economically disadvantaged parts of the country, which Johnson has promised to help by “leveling” prosperity.

So far, the prime minister has paid no political penalty for taking a hard line on Brexit, and the leader of the opposition Labor Party, Keir Starmer, has not called for an extension of the transition period.

However, if the disruption to trade and travel is severe, criticism will surely grow.

And the government has struggled to provide a lot of evidence of the opportunities it promised would flow out of the European Union.

“The change in tone was clear last year in the slogan of the conservative election campaign,” Menon said. “Let’s do ‘Brexit done’ implied that this is something that should be removed.”