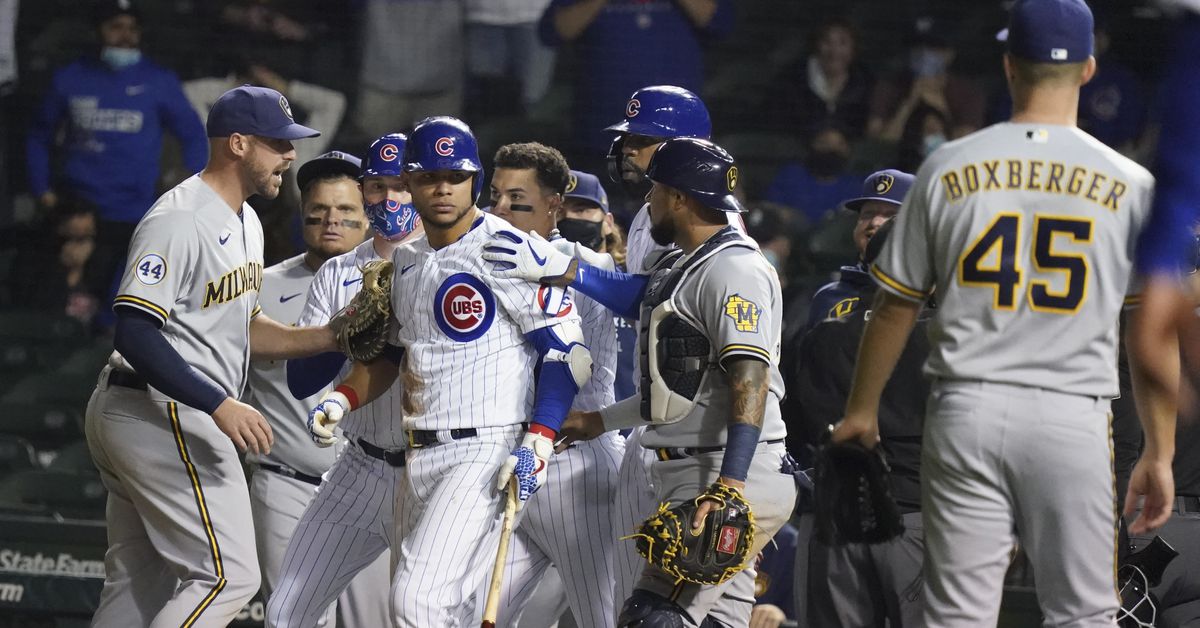 The Milwaukee Brewers got into action tonight against the Cubs on a 3-game losing streak. That ended when Milwaukee took the lead early and never gave it up. The story, in this game, however, was about the Brewers pitching.

Freddy Peralta started on this one and he was excellent. While it was certainly inefficient, only covering five innings and walking four, it was really effective. In those five innings pitched, Peralta gave up just one hit and struck out five. Cubs hitters were stunned all night when Peralta induced the swing-and-miss from his combination of slider, fastball and curveball.

Brent Suter Peralta in tow. Like Peralta, Suter was not very efficient, but he sure was. Suter covered the sixth, seventh and eighth innings, striking out two while frustrating the Cubs ‘batters’ time.

While it wasn’t an offensive blast, the Brewers offense at least showed up tonight. The Brewers got things going on top of the first. With one out in the inning, Daniel Vogelbach walked. Vogelbach then headed for third position when Christian Yelich singled past Anthony Rizzo’s glove. Both running backs trotted to the plate when Travis Shaw returned to 2018 with a 3-run homer across the field.

Omar Narváez supplied the power behind the fourth and final run of the game. In the top of the fourth, Narvaez fired a single shot over the left center field wall to make it 4-0. That 4-0 scoreline would hold for the rest of the night.

That said, things got interesting in the bottom of the ninth as the benches cleared. Last night, Willson Contreras was hit in the head by a wild pitch. Brad Boxberger hit Contreras again tonight, but this time it was in the arm. Contreras made an exception by holding up two fingers to show it was the second time he had been hit by a Brewers pitcher. With a 0-2 count and a 4-0 lead, it is unlikely that Boxberger would attempt to hit Narvaez, but Narvaez was excited about the matter.

The Brewers and Cubs wrap up this 3-game series tomorrow afternoon at Wrigley Field. The first launch is scheduled for 1:20 CT. Brandon Woodruff receives the ball for Milwaukee against Kyle Hendricks. Listen to the game on WTMJ 620 or Brewers Radio Network. Bally Sports Wisconsin will broadcast the game on television.