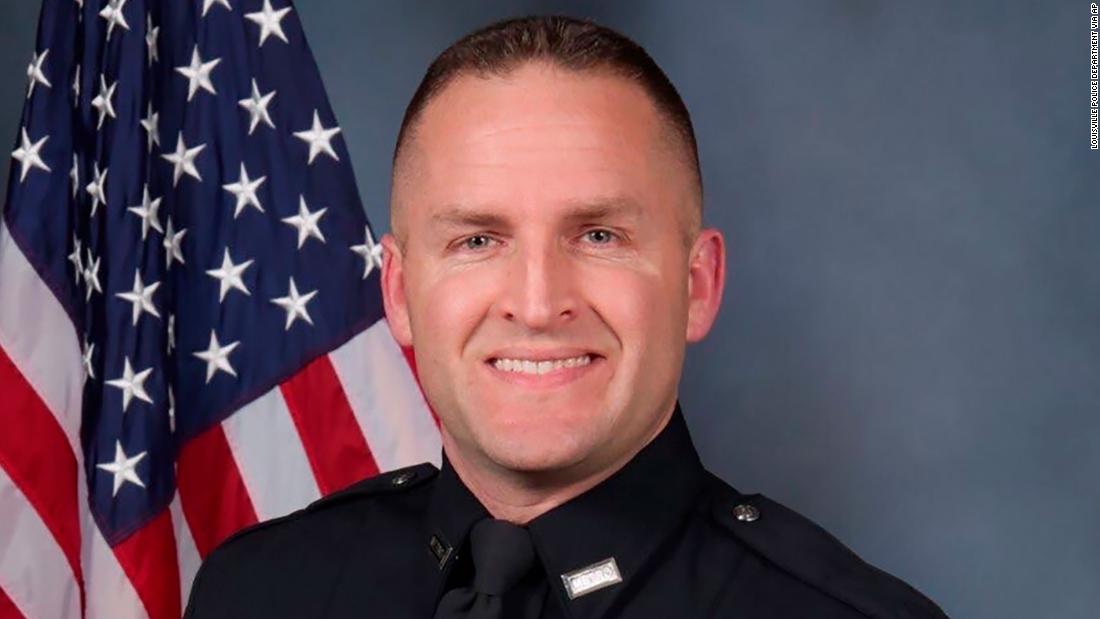 The former officer was fired by the department on June 23. In a letter informing Hankison about his dismissal, Louisville Police Chief Robert Schroeder told him, “I find your conduct shocking to conscience.”

“I am alarmed and stunned because you used deadly force in this way,” added Schroeder.

Hankison violated standard operating procedure when his “actions showed extreme disregard for the value of human life” when he “blindly shot ten (10) shots” at Taylor’s apartment, Schroeder wrote in the letter.

Some of the rounds fired by Hankison entered an apartment next door, “endangering all three lives in that apartment,” Schroeder wrote.

A day later, attorney David Leightty, who represents Hankison, wrote an appeal letter to the Louisville Metro Police Department stating that his client should not be punished until the facts of the case are known, noting that the prosecutor’s investigations Kentucky General, the Federal Bureau of Investigation and the Kentucky State Police were incomplete.

“Brett Hankison should not be punished unless the facts show that he committed a crime, and the facts are not yet included,” the letter said.

Hankison “was not without knowledge of the direction in which he fired, but he acted in rapid response to the shots directed at him and other officers,” Leightty wrote.

Appeal filed with the merit board

An appeal has also been filed for Hankison to get his job back, according to Mark Dobbins, a merit board attorney who handles the appeals process.

Dobbins told CNN in a statement that a date for the appeal has not yet been set.

“Under Kentucky law, any police officer who is part of a merit system police department who has been terminated, suspended, or demoted and then files an appeal for that disciplinary action is entitled to an appeal,” Dobbins said. Dobbins is neutral to the appeals process and ensures that the process is carried out fairly.

The termination process to fire Hankison was initiated by Louisville Mayor Greg Fisher on June 19, the mayor said in a statement. Although the mayor did not elaborate on the statement, he said a provision in state law prevented him and the chief from speaking about his reasons for firing Hankison.

Elizabeth Kuhn, spokeswoman for the Kentucky Attorney General’s office. She told CNN that her office had no comment on Hankison’s termination.

The protests in Louisville reached a boiling point on Saturday when a person was shot dead in Jefferson Park during a demonstration demanding justice in Taylor’s death. As a result of the shooting, LMPD announced in a statement Sunday that the park would be closed from 11 pm to 6 am daily.

Taylor’s death has been the focus of national attention as protesters have called for justice in police killings of black men and women across the country in recent months.

Officers who killed the EMT were carrying out a search warrant at the home in a narcotics investigation when they entered without calling at 1 am on March 13.

Taylor’s house was included in a no-touch order because authorities suspected a man involved in a drug ring was receiving drug packages at his home, according to a police affidavit for the search warrant.

When the officers entered, they encountered Taylor’s boyfriend, Kenneth Walker. He called 911 when the police entered the department. He was licensed to carry a firearm, according to the lawsuit. Police say he shot at the officers who executed the order.

The lawsuit also noted that officers should have suspended their search of Taylor’s department because a suspect the police were seeking had been arrested elsewhere before the order was executed.

Taylor’s family has also denied that she was involved with drugs.