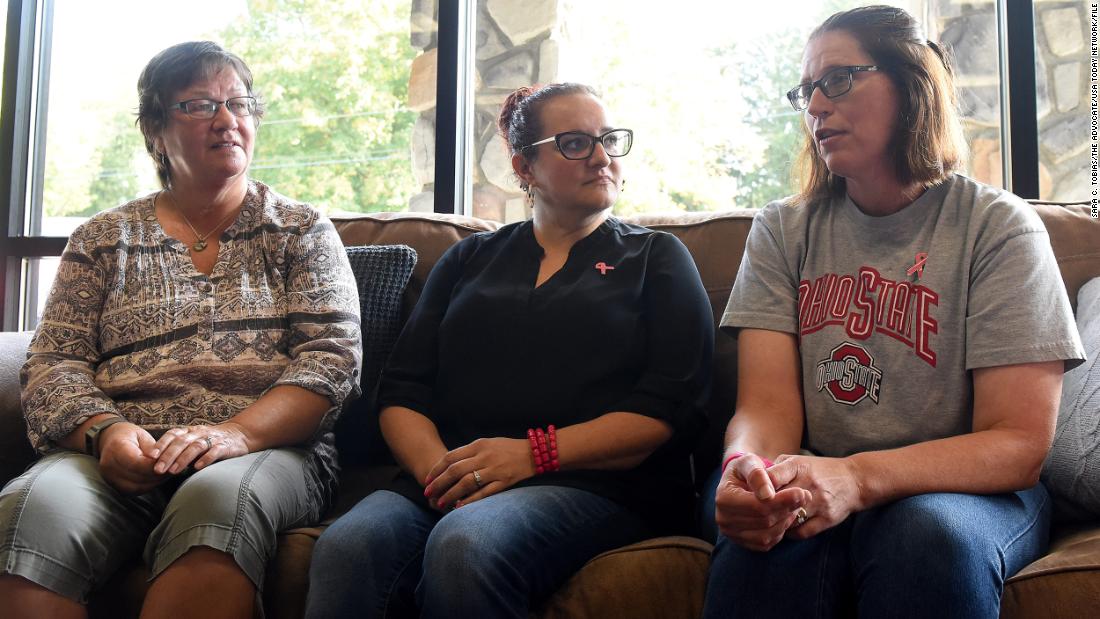 It took about a month of biopsies, more mammograms, MRIs, ultrasounds and genetic testing at my suburban Chicago hospital before stage I breast cancer was diagnosed. I had a unilateral mastectomy followed by reconstructive surgery months later.

I was lucky that my type of cancer responds well to hormone therapy, with no chemotherapy or radiation. Despite my excellent prognosis and less chance of recurrence, my breast cancer almost killed me.

This is because although my medical team did an excellent job of getting rid of cancer, I was left to my own devices to deal with the wonder of depression.

As horrified as I was during the initial call with my doctor where he informed me that I had cancer, I had little time to think during the month-long rush of tests and appointments.

The nurse navigator of my local hospital took many of my phone calls, answered my questions and helped me make appointments for everything. He held my hand during a painful biopsy. I had a mastectomy and, five months later, a breast reconstruction procedure.

The symptoms that I did not expect began soon after my breast reconstruction. Prior to my reconstruction process, I was told to plan for two weeks of recovery time. But six weeks later, I was still suffering from pain, swelling in my chest and face and limited mobility in my shoulder.

My medication was putting me into menopause, triggering hot flashes, weight gain and sleep disturbances. Insomnia-fueled Googling convinced me that I still had cancer. I cried all the time. I slowly started to realize that I was depressed.

This was not my first bout of depression. I faced depression in my 20s and again after the painful birth of my first child. The difference was that I had prepared for postpartum depression. A visit to every gynecologist and pediatrician involved a depressed person.

No one warned me that having breast cancer and mastectomy could lead to depression – neither my cancer doctor nor nurse navigator who helped me through the cycle of treatment. My depression made me feel guilty and isolated. I assumed that I had failed because I was not sufficiently grateful for my “lucky” stage I diagnosis.

I later found out that post-breast cancer treatment depression is common.

The lasting effects of mastectomy, post-surgical maintenance medications and the fear of recurrence can all lead to depression, according to Tasha Chasson, oncology support counselor at Wellness House, a cancer support center located in Hinsdale, Illinois.

Many women found themselves in “survival mode” during treatment and gave time to consider their feelings when treatment ended.

According to Chicago psychiatrist and women’s mental health expert, Kelly Kitley, cancer patients may feel worse when they compare themselves to different diagnoses and investigations.

Luckily, I had scheduled an appointment to meet with my general practitioner to discuss my sleep issues. After knowing me for 15 years, she worried about her inability to answer simple health questions without crying. He was the only person on my medical team who ever said that I might need help, suggesting that I find a support group for cancer survivors.

Due to the complexities of the American health care and insurance system, Kitley said many patients have difficulty finding appropriate mental health resources without the help of a trained professional.

This was true for me, at first. Despite calling my breast center and nurse navigator several times, I could not find any guidance on how to find a doctor suffering from cancer.

I was sad when I did not get help even after asking for a few months. When I felt that if I wanted to feel better, I would need to take over. And so I joined an online support group for breast cancer patients and several Facebook groups for survivors. Through the support group I was eventually named a cancer-suffering physician.

Because of my therapist and my online support groups, I came to know that my post-cancer depression was not uncommon or my fault. Today, almost a year after my reconstruction, I still have bad days, but I no longer suffer from heavy, fatal depression.

Not everyone is so lucky. Breast cancer survivors, a 2018 study suggested, are 37% more likely to commit suicide than women in the general population. In addition, women with metastatic breast cancer who suffer from depression die sooner than those who were treated in 2011.

It is important that cancer patients do not reduce the symptoms of depression, such as feeling hopeless, repeated crying, loss of appetite, sleep interruptions or too much sleep or lack of motivation.

While searching for a physician, cancer patients should “keep a journal to track how you’re feeling day-to-day and to move your body daily to help you get out of your head.” Make a commitment, ”she said.

Although I was angry that my medical team failed to screen and to treat me with depression, my situation was not unique. From my various support groups, I have come to know that women around the country are suffering from the failure of treatment providers to try and limit mental health services after treatment to focus on cancer and a mysticism.

Doctors and patients can use the “Crisis Thermometer” of the National Comprehensive Cancer Network which provides both nonprofits and medical offices. The tool is available in more than 40 languages ​​and has been downloaded by over 13,000 people in the past year.

In the end, I was lucky – not only in my diagnosis, but in my ability to find a way out of my most severe depression.

Breast cancer and mastectomy come with many possible physical and emotional side effects. Patients are warned about the possibility of depression during and after treatment, and when they experience cancer-related depression, strong, easy-to-accessible help is offered. It is really a matter of life and death.

For information about depression during and after breast cancer treatment, check out the American Cancer Society, the Cancer Support Community (also known as the Gilda Club), the Cancer Hope Network, and the National Comprehensive Cancer Network.