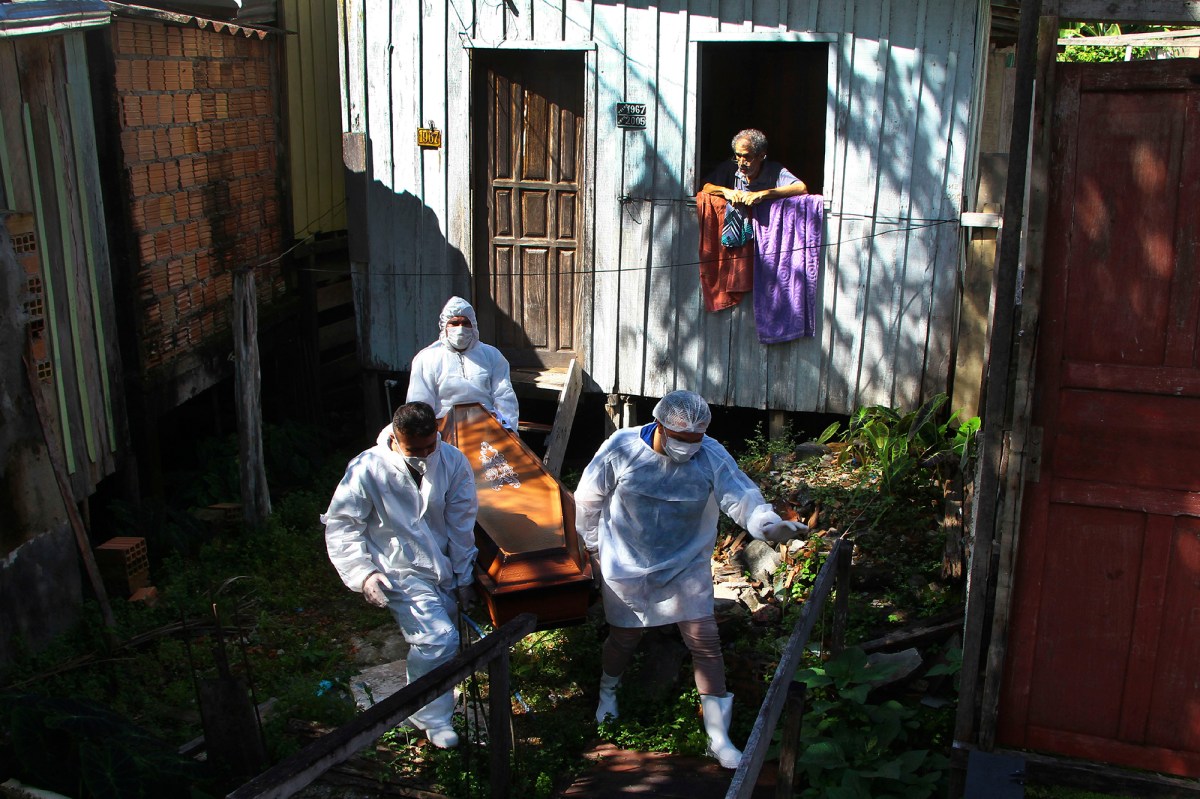 A leading scientist warned that the snowball-shaped COVID-19 outbreak in Brazil has the potential to undo the progress made in fighting the global pandemic.

Miguel Nicolelis, a neuroscientist at Duke University who is tracking the crisis, called on the international community to pressure the Brazilian government to more aggressively contain the new variant, known as P.1., Which is rapidly spreading there, The Guardian reported.

“The world must speak out vehemently about the risks that Brazil represents in the fight against the pandemic,” said Nicolelis, who spent most of last year in São Paulo.

“What is the point of classifying the pandemic in Europe or the United States, if Brazil continues to be a breeding ground for this virus?”

Nicolelis warned that failure to prevent the virus from spreading could allow it to continue to mutate into more dangerous variants.

The scientist also criticized the leadership of President Jair Bolsonaro, who has repeatedly downplayed the crisis, warning that it has international implications.

“The policies that it is not implementing endanger the fight against the pandemic across the planet,” he said.

Brazil currently has the second highest death toll from COVID-19 in the world with more than 257,000 victims, according to figures from Johns Hopkins University.

The country weathered its deadliest week yet with an average of nearly 1,200 daily victims related to the virus, according to data from the Health Ministry.

Since the pandemic began, there have been more than 10.6 million confirmed cases in the country, data shows.