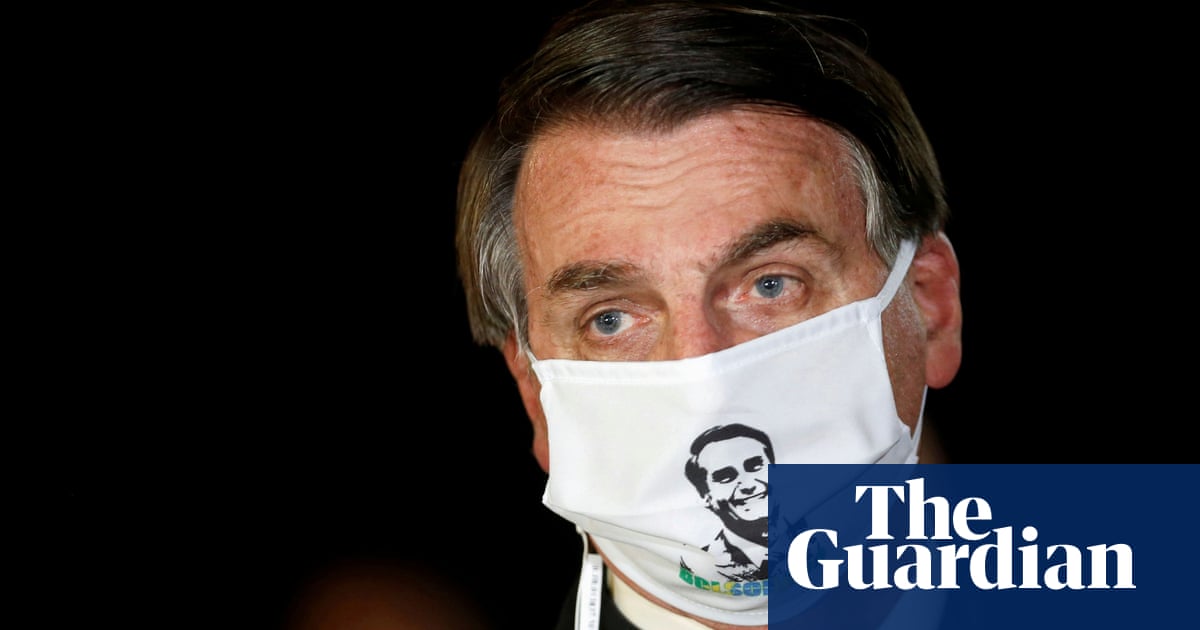 “It was positive,” Bolsonaro said wearing a mask to a carefully selected group of journalists at lunchtime Tuesday outside his official residence.

“There is no reason for fear. This is life, “added the president. “Life goes on. I thank God for my life and the role they have given me to decide the future of this great nation called Brazil.”

Bolsonaro, 65, has repeatedly trivialized the pandemic and scoffed at social distancing, even as Brazil became the second most affected country after the United States, with more than 65,000 deaths and 1.6 million confirmed cases.

In March, when Covid-19 claimed its first victims in Brazil, the far-right populist used an address to the nation to boast that, if infected, he would quickly get rid of the disease thanks to his “athlete’s past.”

Since then, Bolsonaro has continued to attend social events and political demonstrations, often wearing masks incorrectly, or not wearing them.

After announcing his positive result on Tuesday, Bolsonaro turned away from the journalists he was addressing, took off his mask and, smiling, said: “Just look at my face. I’m fine, fine, thank God … Thank everyone who has been praying for me … and those who criticize me, no problem, keep criticizing as much as you want. “

Bolsonaro’s diagnosis comes just three days after having lunch at the home of the United States Ambassador to Brazil, Todd Chapman, in the capital, Brasilia.

Also present at that Independence Day celebration They were several of the top cabinet members, including Foreign Minister Ernesto Araújo, Defense Minister Fernando Azevedo, and the president’s son Eduardo, a politician who is Steve Bannon’s representative in South America. The men were photographed without masks.

Reports of the possible Bolsonaro infection first emerged on Monday night, and local media reported that he had been examined after developing symptoms of coronavirus, including a temperature of 38 ° C and a persistent cough.

An MRI of Bolsonaro’s lungs was also taken, and the president told supporters that he had shown they were “clear.”

The O Globo newspaper said it understood that the Brazilian president had started complaining of exhaustion on Saturday night, after his lunch with the United States ambassador, and that he was still feeling ill on Sunday.

Bolsonaro has repeatedly downplayed the risks of Covid-19 and urged Brazil to return to work to avoid a devastating economic crisis, but he is now the second member of his family to suffer its effects.

The 80-year-old grandmother of Brazil’s first lady, Michelle Bolsonaro, was reportedly intubated on Sunday, after being admitted to the hospital with coronavirus last Wednesday.

According to the G1 news website, Maria Aparecida Firmo Ferreira, who is reportedly separated from the presidential clan, was found collapsed on the street by passers-by and taken to a hospital in Ceilândia, a satellite city on the outskirts of Brasilia. .

Bolsonaro’s response to the coronavirus has sparked national and international protest, with many blaming him directly for the high death toll. Brazil currently lacks a permanent health minister after two were forced to leave their jobs in less than a month after facing Bolsonaro over the pandemic.

On Monday night, Bolsonaro’s son Carlos attacked his father’s critics who he said were willing to kill the president.

“The immense number of people defending the death of the chief executive at this time should trigger an immediate show of solidarity from others [political] leaders ”, tweeted Carlos Bolsonaro.

Another prominent politician, the mayor of the largest Amazon city, Manaus, was rushed to a hospital in São Paulo on Monday after falling ill with coronavirus last week.

“The doctors are optimistic and so are we,” said Arthur Virgílio, who was reportedly receiving non-invasive respiratory assistance, in a WhatsApp message to the Guardian.