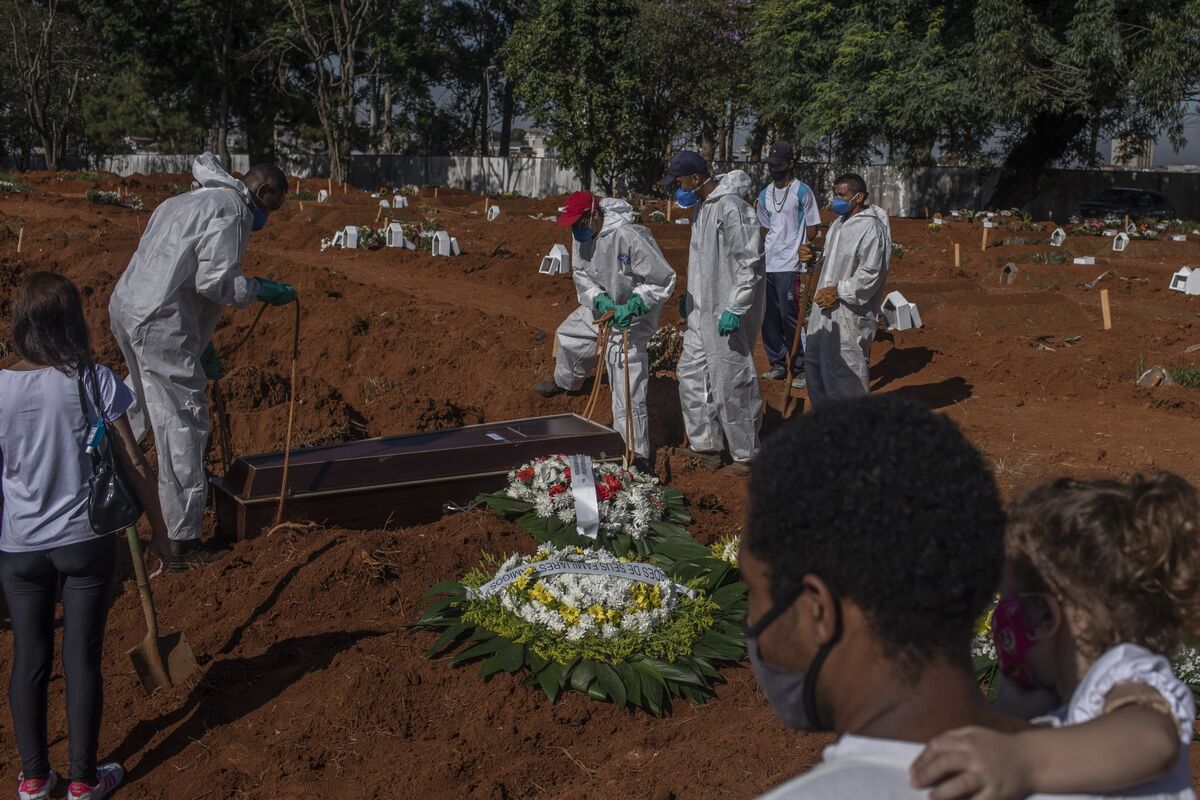 Brazil reported more than 4,000 daily deaths from Covid-19 for the first time as the pandemic continues to sweep across the vast nation.

The Health Ministry recorded 4,195 deaths on Tuesday, bringing the total since the virus hit 336,947. It’s the second-highest count globally, behind only the US cases, which rose by 86,979 in the past 24 hours, bringing the number to 13.1 million.

“If Brazil maintains the current rate, the country will probably reach 5,000 deaths a day in April,” said Christovam Barcellos, a researcher at Fiocruz.

The largest nation in Latin America has flown by grim milestones in 2021, reporting almost daily records of cases and deaths. The resurgence of the virus, fueled by lax social distancing measures and a new, more contagious variant, led the country to quickly surpass 200,000, then 300,000 deaths in just over two months, leaving hospitals overwhelmed.

Younger Brazilians are dying of Covid in an alarming new change

In addition to the strain that originated in the Amazon city of Manaus and has spread rapidly since the New Year, authorities in Sao Paulo also detected a new Covid-19. variant in the city of Sorocaba, near the state capital, the local government said on Wednesday. The new strain is said to be similar to the one found in South Africa and there is no evidence yet that the variant is circulating in other regions of the country.

Meanwhile, Brazilian authorities are trying to speed up the pace of vaccinations. The country had administered 25.4 million injections as of Monday, according to data compiled by Bloomberg, enough to cover 9.4% of the population with a single injection. The country vaccinated 1 million people in 24 hours for the first time on Thursday.

Anvisa, the country’s health regulator, on Wednesday authorized the emergency use of Johnson & Johnson’s jab, the fourth vaccine approved by the agency. Brazil bought 38 million doses of the booster, but the doses are not expected to arrive until the second half of the year.

At a time when few vaccines are available, the only measure that could limit contagion is confinement, which should be accompanied by measures to help the most vulnerable, said public health expert Ana Freitas Ribeiro.

President Jair Bolsonaro, however, continues to oppose social distancing measures imposed by local governments. On Wednesday, the Minister of Health and the head of the Senate left the first meeting of the joint task force to oversee the responding to the pandemic by promoting the importance of masks and avoiding large gatherings during the upcoming Easter holidays. When it was his turn to speak, Bolsonaro repeated familiar phrases about how to return life to normal and criticized the blockades.

“With our federal government denying the pandemic and having a different discourse than the state governments, the situation is worse,” said Ribeiro, a doctor at the Emilio Ribas Hospital in Sao Paulo.

Of the 27 states of Brazil, 18 have ICUs occupied in more than 90%, said Fiocruz in a report. The combination of intense transmission and overwhelmed hospitals has contributed to the continuing and growing number of deaths, according to the report.

Barcellos added that the collapse of the health system could also lead to an increase in deaths from other diseases, as patients cannot receive care.