Brazil Hospitals Are Running Out Of Sedatives As COVID-19 Advances 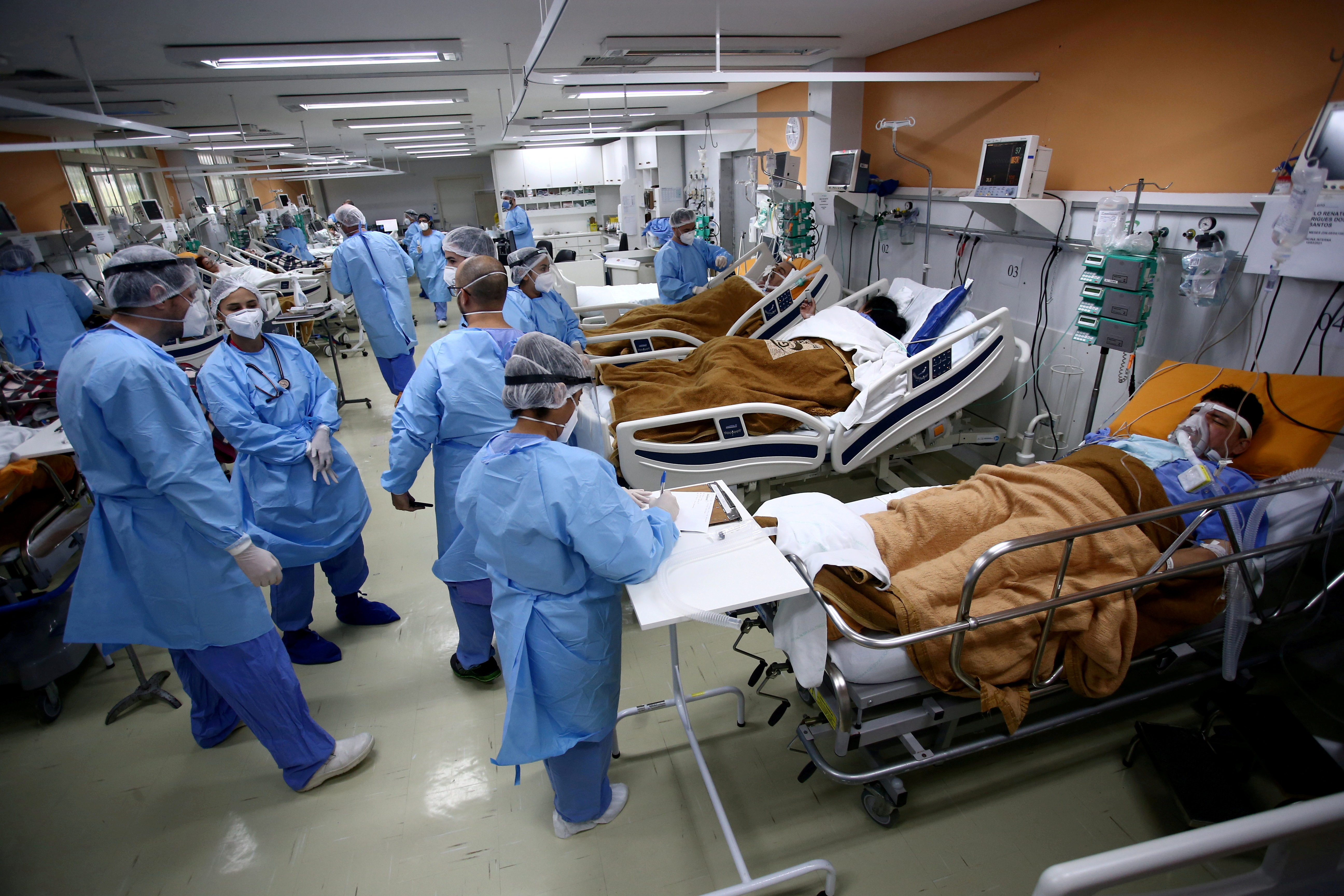 Medical workers attend to patients in the emergency room of the Nossa Senhora da Conceicao hospital, which is overcrowded by the coronavirus outbreak, in Porto Alegre, Brazil, on March 11, 2021. REUTERS / Diego Vara

Brazil’s hospitals were running out of drugs needed to sedate COVID-19 patients on Thursday, and the government was urgently seeking to import supplies amid reports that the critically ill were tied up and intubated without effective sedatives.

Health Minister Marcelo Queiroga said that Brazil was in talks with Spain and other countries to ensure emergency medicines. Hospitals, he added, were also struggling to get enough oxygen.

The scenes unfolding in Brazil, one of the countries hardest hit by the COVID-19 pandemic, are putting increasing international pressure on President Jair Bolsonaro.

The aid group Doctors Without Borders (MSF) said Brazil’s “failed response” had caused thousands of preventable deaths and created a humanitarian catastrophe that could get worse.

Brazil has registered a total of 361,884 deaths from coronavirus, only the United States has more, and 13,673,507 confirmed cases.

Currently, more Brazilians die from the virus each day than anywhere else in the world, and the largest country in South America reported another 3,560 deaths on Thursday. Bolsonaro has opposed the lockdowns and has held large events in which he often does not wear a mask. You have recently embraced vaccines as a possible solution.

Brazilian hospitals are struggling to cope.

Rio de Janeiro and Sao Paulo have raised the alarm about sedative shortages, and the Sao Paulo Health Secretary said the city’s ability to care for seriously ill COVID-19 patients is on the brink of collapse.

“I never thought I would be experiencing something like this after 20 years working in intensive care,” Aureo do Carmo Filho, a doctor at the UCI in Rio, told Reuters.

“Using mechanical restraints without sedatives is bad practice … the patient is subjected to a form of torture,” he said.

Severely ill COVID-19 patients struggling to breathe are sedated to put them on ventilators, an intrusive practice that the body can naturally resist.

With ICU beds at or near capacity across the country, hospitals are forced to create makeshift intensive care beds that often lack professional equipment or expertise.

The Globo television network reported on Wednesday cases of a Rio hospital in which patients were intubated with a lack of sedatives, tied to the beds.

The Albert Schweitzer Hospital, through the Rio city press office that runs it, said there was a shortage of intubation drugs, but that substitutes were being used to ensure that medical care was not compromised. He said mechanical restraints were only used when prescribed by a doctor.

The city of Rio added that a batch of intubation drugs was scheduled to arrive on Thursday.

Sao Paulo blamed the shortage on the federal government.

“The irresponsibility and abandonment of the lives of Brazilians is incredible,” Sao Paulo Governor Joao Doria said on Twitter.

Doctors Without Borders said that the Bolsonaro government had not done enough to prevent the tragedy.

“More than a year after the COVID-19 pandemic, the failed response in Brazil has caused a humanitarian catastrophe,” said Christos Christou, a doctor and president of MSF, called Doctors Without Borders in English.

“Every week there is a new grim record of deaths and infections: hospitals are overflowing and yet there is still no coordinated centralized response,” Christou said in a briefing with reporters, adding that the Situation gets even worse in weeks. go ahead.

Bolsonaro has openly fought state and local governments seeking to institute shutdowns, saying that Brazilians must carry on with a normal life and that job losses are more dangerous than the virus.

MSF CEO Meinie Nicolai said the increase in cases cannot be attributed only to the contagious Brazilian variant COVID-19, known as P.1.

“Variant P.1 is certainly a problem, but this does not explain the situation in Brazil,” he said.