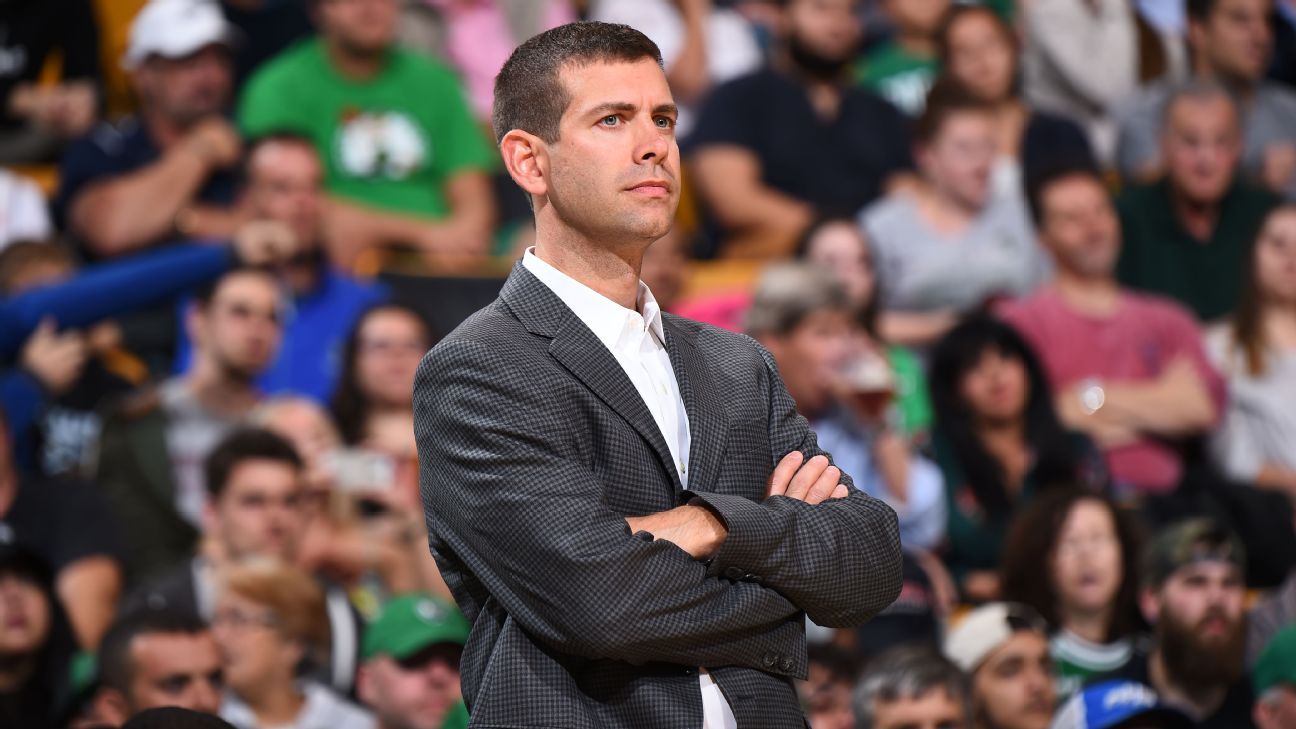 Boston Celtics coach Brad Stevens said Tuesday that he is flattered to be named as a candidate for the opening head coach at Indiana University, but that he is “extremely grateful” to be the Celtics coach.

“But I also realize that I’m the coach of the Celtics and that, it’s been an incredible opportunity, an incredible challenge every day for the last eight years and I’m extremely grateful for that.

Stevens was born and raised in Zionsville, Indiana, northeast of Indianapolis and a little over an hour north of Bloomington, where Indiana is located. He played college basketball in the state at DePauw University, then coached Butler for back-to-back national championship games in 2010 and 2011 before leaving to coach the Celtics in 2013.

Despite his success with the Celtics, including going to the Eastern Conference finals three of the last four seasons and getting a contract extension during the 2020 playoffs, whenever a prominent college job becomes available, the name of Stevens floats as a potential candidate. But that noise is only intensified by the possibility of him returning to Indiana and restoring it to the glory days it enjoyed under Hall of Fame coach Bob Knight.

Archie Miller was fired earlier this week after four disappointing seasons with the Hoosiers. Indiana hasn’t made the Final Four since 2002 and hasn’t won a national championship since 1987.

“Listen, every job has its challenges,” Stevens said when asked why Indiana hasn’t won lately. “Every job has wonderful things about it. I really don’t want to act like I know. I know, and I said it today, obviously, I have a great affinity for that state and basketball in that state. That place was a big part of what drove it. my passion for basketball. In fact, it was central. I don’t know what challenges each place has because you don’t work there. But I know when you’re a kid and you grow up in that state, basketball means a lot and college programs in the state they mean a lot. And, for me growing up, it was definitely IU.

“But you know, hey, I think Archie is a good coach and he did a really good job preparing [current Celtic] Romeo [Langford]. I thought that when Romeo arrived you could tell that he was ahead in many ways. I’ve known Arch for a while, I haven’t talked to him much. I think that, in training, you always recognize how difficult it is to be good, how difficult it is to win. “

Stevens was much happier to talk about former Celtics assistant Micah Shrewsberry taking on another job coaching the Big Ten, as Shrewsberry, who also trained with Stevens at Butler, was named Penn State University’s head coach. earlier this week.

“I said on my little date that they asked, the biggest compliment you can give someone on a sports team is that they made everyone around them better,” Stevens said. “I used to play with Micah in an open gym, traveling around the city of Indianapolis when we were 16 or 17, when we barely knew each other. And it was obvious then that he was a guy you wanted to play with, because he knew how to play and He would give everyone the ball and he improved his team. Then I played him in college, and it was the same thing. And I worked with him at Butler, it was the same. We both had young families together; they are always there for us. And spending six years with him here. He’s as good as he can get, he’s got a great perspective. He’s a great basketball coach. Obviously, I think going back to Purdue was a great move for him because it put him back in the recruiting mindset, Matt [Painter] let him call the plays and lead the offense at Purdue, which tells you a lot about Matt Painter and the way he approaches things. I am happy for him. I’m very happy for him. “