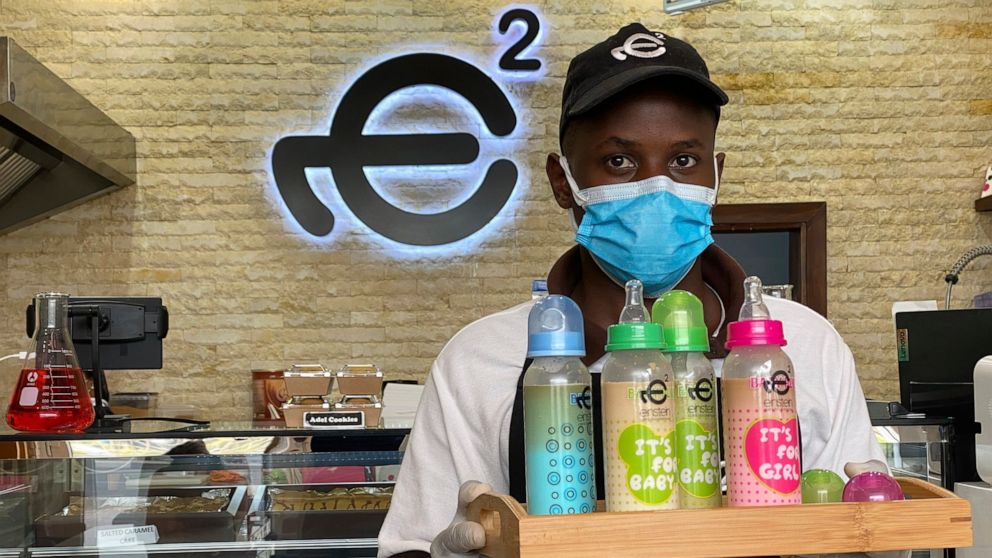 Cafes in several Persian Gulf states have started selling coffee and other cold drinks in bottles, kicking off a new trend that has sparked excitement, confusion and backlash.

DUBAI, United Arab Emirates – Cafes in several Persian Gulf states began selling coffee and other cold drinks in bottles this month, kicking off a new trend that has sparked excitement, confusion and backlash.

The fashion started at Einstein Cafe, a posh dessert chain with branches throughout the region, from Dubai to Kuwait to Bahrain. Instead of ordinary paper cups, the cafe, inspired by images of modern-looking bottles shared on social media, decided to serve its thick milky drinks in plastic baby bottles.

While the franchise wasn’t new to baby-themed products (a shake with cerelac, the baby rice cereal, is a long-time best-seller), the unprecedented fervor for baby bottles was a bit of a shock. All the stress and anxiety over the coronavirus pandemic seems to have prompted some to find a way out of the strange new insanity.

“Everyone wanted to buy it, people were calling all day, telling us that they would come with their friends, that they would come with their father and mother,” Younes Molla, executive director of the Einstein franchise in the United Arab Emirates, told The Associated. Press this week. “After so many months with the pandemic, with all the difficulties, people took photos, had fun, remembered their childhood.”

The lines clogged Einstein stores across the Gulf. People of all ages were running towards the sidewalks, waiting for the opportunity to drink coffee and juice from a plastic bottle. Some customers even brought their own bottles to other cafes, begging the bewildered baristas to fill them.

Images of baby bottles filled with colorful kaleidoscopes of drinks attracted thousands of likes on Instagram and bounced off the popular social media app TikTok. A cure for the world’s uncertainty? A response to some primordial instinct? Either way, a trend was born.

Soon, however, online haters took note: Bottle drinkers and providers were faced with a barrage of nasty comments.

“People were so angry, saying horrible things, that we were an ‘aeb’ to Islam and Muslim culture,” Molla said, using the Arabic term for shame or disgrace.

Last week, anger reached the highest levels of government. Dubai authorities cracked down. Inspection teams stormed cafes where the trend had taken off and handed out fines.

“Such indiscriminate use of bottles is not only against local culture and traditions,” the government statement read, “but mishandling of the bottle during filling could also contribute to the spread of COVID-19,” a apparent reference to those who brought their used bottles to other cafes.

The authorities, the statement added, had been “alerted to the negative practice and its risks by users of social networks.”

The reaction also came from Kuwait, where the government temporarily closed Einstein Cafe, and from Bahrain, where the Ministry of Commerce sent police armed with live cameras to cafes and warned all food establishments that serving drinks in bottles “violates the customs and traditions of Bahrain. “

Oman urged citizens to report baby bottle sightings to the Consumer Protection Authority hotline. Twitter users and Saudi media personalities condemned the trend in the harshest terms, with the popular news website Mujaz al-Akhbar lamenting that the “daughters of the kingdom have suffered a loss of modesty and religion.”

It is not the first time that the guardians of local customs in the Persian Gulf countries have focused their ire on social media phenomena. Vague laws throughout the region give authorities broad power to stamp out public immorality and indecency. Emirati officials last spring, for example, arrested a young expat for posting a video on TikTok in which he sneezed into a banknote, accusing him of “damaging” the reputation of the UAE and its institutions.