Boston students will not return to class full-time, says Walsh 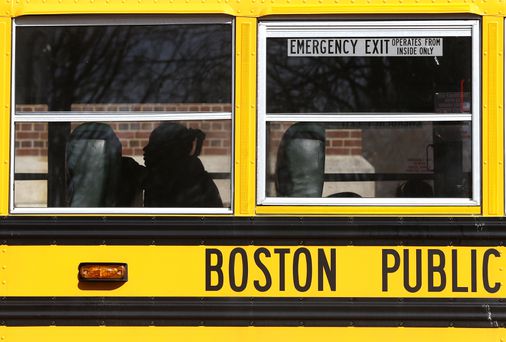 School leaders are basing their decisions on science, Walsh said, and plans to return to school will be shaped in the coming weeks.

“We don’t make it political,” said Walsh. “Let’s keep our children at the forefront.”

Walsh: Boston students won’t return to class full-time this fall
“We know that we will not start school this year. This is a given, ”Boston Mayor Martin J. Walsh said on Friday. (Video: handout, photo: John Wilcox)

Walsh spoke Friday with Superintendent Brenda Casselius, who asked all Boston residents to follow coronovirus precautions in an effort to get the students back to school safely.

“We can’t just throw our hands up and do nothing,” she said. “We are all strengthening education, and we have to do it because our children do not get rewinds. No one is like that, and we know how it will continue if our children do not work in our interest. We need to rally for them from now on.

“I’m asking everyone in Boston to help us get our kids back to school safely,” she said.

Casselius also spoke of the work the district is doing to prepare schools to reopen by changing bathrooms, fixing windows, and ordering HVAC filters.

All school districts in Massachusetts were required by Friday to resume their various plans, which are in the state’s Department of Elementary and Secondary Education. The districts were asked not to announce any final plans until early August.

Each district is expected to make three plans: one for fully individualized learning, one for remote-only experiences, and one for hybrid models.

“We want children to go back to school because there is all the evidence that this can be done safely, and for many children, it is not only an important part of their educational development but also their social and cultural development.” Baker said on Friday during his own press conference at the State House.

Baker acknowledged earlier this week that schools should be prepared to “pivot” their plans mid-year if coronovirus outbreaks occur in specific schools or communities.

Earlier on Friday, the Boston Teachers Association released the results of a survey that found that nearly three-quarters of the city’s teachers would prefer to teach only this fall. Of the nearly 2,000 people who completed the survey, only 22 percent supported a hybrid model, which would include both personal and distance learning for students.

The Massachusetts Teachers Association, the state’s largest teachers’ union, has urged local school districts to start the year remotely, pointing to aging ventilation systems in schools that allow students and staff members to contract coronaviruses Will not save properly.

“We want to go back when it’s safe,” staff members chanted.