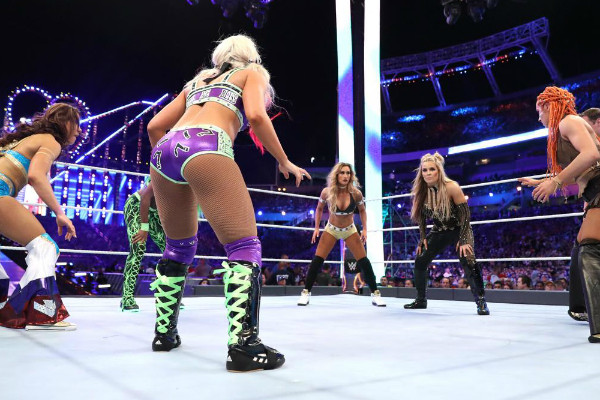 Last week, five unprecedented female superstars were added to the main WWE roster. On Raw, Paige made a shocking comeback with NXT graduates Sonya Deville and Mandy Rose. Even more surprising, the next night's SmackDown Live saw Ruby Riot, Liv Morgan and Sarah Logan arrive and decimate the majority of the women in the show.

This sudden influx of talented female artists only gives credence to the rumor that WWE is leaving to present a female Royal Rumble match to accompany the traditional thirty-man contest in January.

The idea is exciting. There are now twenty full-time women on the main WWE list, along with a large number of NXT participants, some incredible participants in this year's Mae Young Clbadic and several legends who can still enter the ring. There has never been a better time to present a totally feminine Rumble match (although if it is at stake, it only makes Emma's release even more disconcerting).

As I did with a previous article, I thought it would be fun to try to predict the entire match from start to finish. It's okay. Each participant Each elimination I have aimed at accuracy, although there may be some illusions involved. And I refuse to include Tyler Breeze in the resistance, although that is exactly the kind of creative nonsense that would throw in this historic match.