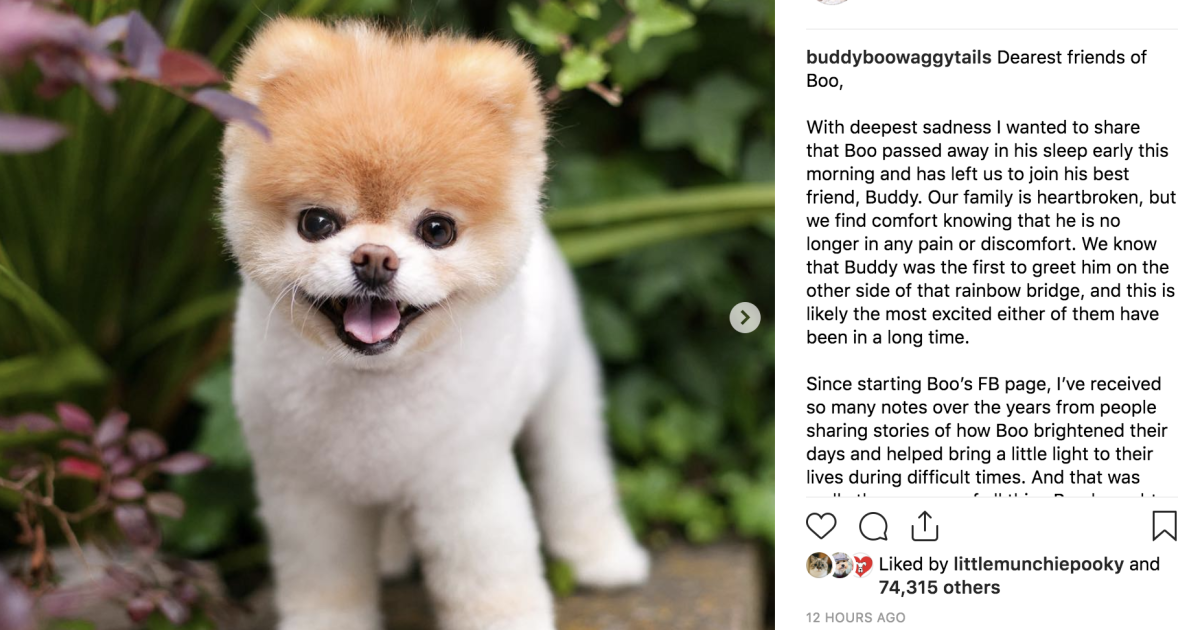 Boo was nicknamed the unofficial "The cutest dog in the world" after his owner began cataloging his hairy face and his puppy antics on social networks.

More than 16 million people liked and followed Boo on his Facebook page at the time of his death and had more than 500,000 followers on his Instagram.

From the beginning of Boo's FB page, over the years I received so many notes from people who shared stories of how Boo illuminated his days and helped bring a little light into their lives during difficult times. And that was really the purpose of all this … Boo brought joy to people all over the world. Boo is the happiest dog I've ever met. It was so easy that we never had to worry about training. He made the most cunning man shriek with joy for his tenderness and made everyone laugh with his peculiar personality and wagging his tail.

Until Saturday morning, more than 34,000 people had commented on the message, expressing their pain and sympathy.

"Boo was the first puppy I followed on Facebook, it was the cutest teddy bear of all dogs, I'm very sorry for your loss," said one comment.

Many had personal histories and connections with the dog, like a commentator who was inspired to buy a Pomeranian due to Boo.