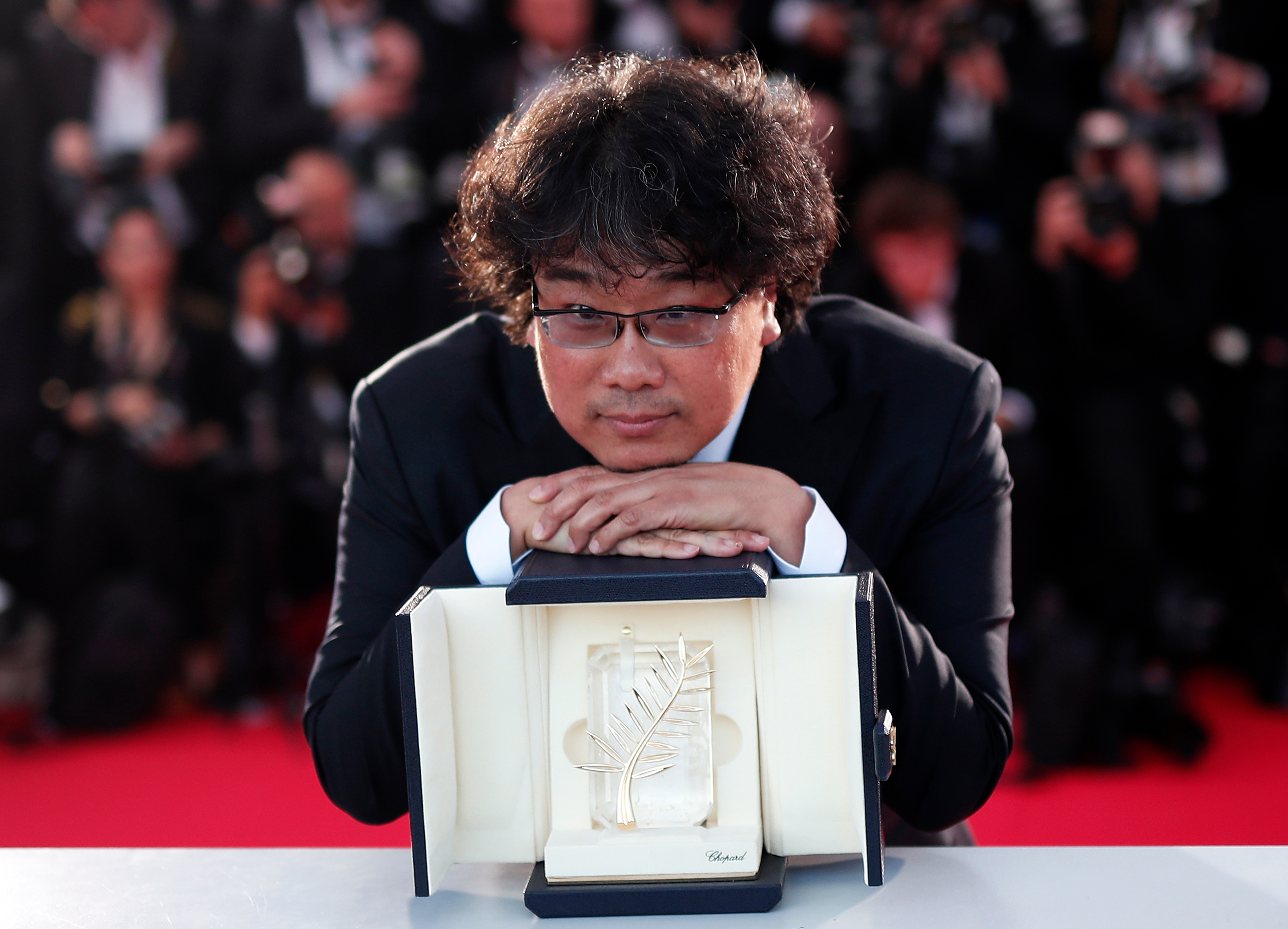 A scene in "Parasite" features a character who makes fun of a North Korean TV presenter, but Bong says he does not pay much attention to him.

Bong Joon-ho's first stop after winning the Palme d'Or at the 2019 Cannes Film Festival was a press conference in which the moderator informed the press that Bong's victory was the first time historical for a South Korean director. Bong said the prize was very special in 2019, as this year marks the 100th anniversary of cinema in Korea. The director said he was "surprised" and "very pleased" to win the Palme, and hoped that a historic victory would encourage viewers around the world to invest time in South Korean cinema in general.

"In 2006 I went to see a retrospective of Kim Ki-young. "I went to the French film library to see that and I was surprised to see that the French viewers really liked their films and that really impressed me," Bong said. "Today I got the Palme in Cannes, but I'm not the only Korean director who could receive that award."

Bong continued: "There are a lot of Korean talents that could win the Palme, I would like to do more retrospectives around the world with great Korean directors, maybe this will help me move in this direction today, it's an opportunity for people to learn more about Korean cinema around the world. "

Kim Ki-young was one of Bong's biggest influences in creating "Parasite", his seventh feature film and second Cannes nominee after "Okja" in 2017. Bong told the press he was more inspired by Alfred Hitchbad's films and the criminal drama of Kim "The Housemaid". The jury of Cannes this year, headed by Alejandro González Iñárritu, awarded "Parasite" the Palme d'Or unanimously.

A member of the press asked Bong if his film makes fun of North Korea, referring to a scene in which a housekeeper taunts the personalities of North Korean television. Bong denied that his film took hits in North Korea and said: "You should not interpret that scene as a serious message that refers to North Korea, on the contrary, it's just a joke."

Another part of the film shows a bunker on the property of a wealthy South Korean family. Some have already said that the bunker is the way Bong refers to a possible nuclear attack by North Korea, but Bong stressed again that it was more a joke and less an accused critic.

"There are a lot of comics in South Korea that make sketches on these subjects and it's something that is very common in South Korea … I think if the North Koreans see my film one day, they will laugh when they see this joke in the film."

Neon is managing the distribution of the EE. UU For "Parasites" later this fall.