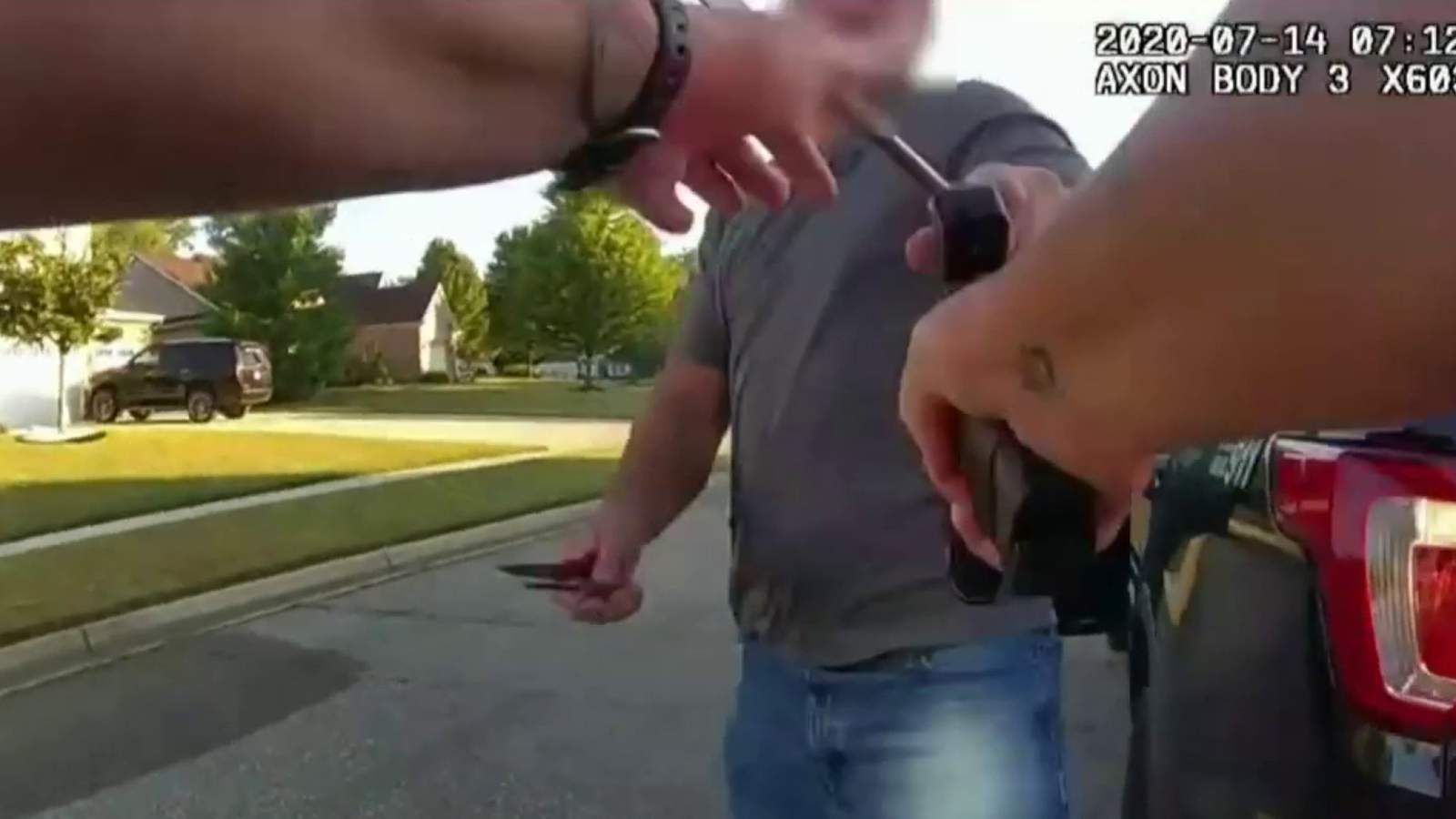 EATON COUNTY, Mich. – Police have released body camera video of a deadly confrontation in the Lansing area between a deputy sheriff and a man armed with a knife.

The gunman is accused of stabbing a customer at a Quality Dairy store in Dimondale during an argument about wearing a mask. The suspect was later shot dead when authorities said he pointed his knife at an agent.

Police said the man who was killed was denied service at the store on Tuesday morning for not wearing a mask and stabbed a 77-year-old customer during the dispute.

When officials responded, they found the man driving near his home. The Eaton County Sheriff released camera footage of the body of the shooting.

The deputy participated as a 22-year veteran of the Eaton County Sheriff’s Office. The video captures the encounter as the man carries her and she fires multiple shots, reloads and fires again.

The man who was shot is Sean Ruis, a 43-year-old state worker. Police said they had stabbed the 77-year-old man and the officer tracked him down to the neighborhood where he lived in Grand Ledge and detained him.

The home surveillance video shows Ruis walking towards the officer, ignoring orders to drop the knife and then charging. Body camera images show that Ruis had two knives in his right hand and a screwdriver in his left.

Police said Ruis died in the hospital during the surgery. The 77-year-old man is still hospitalized.