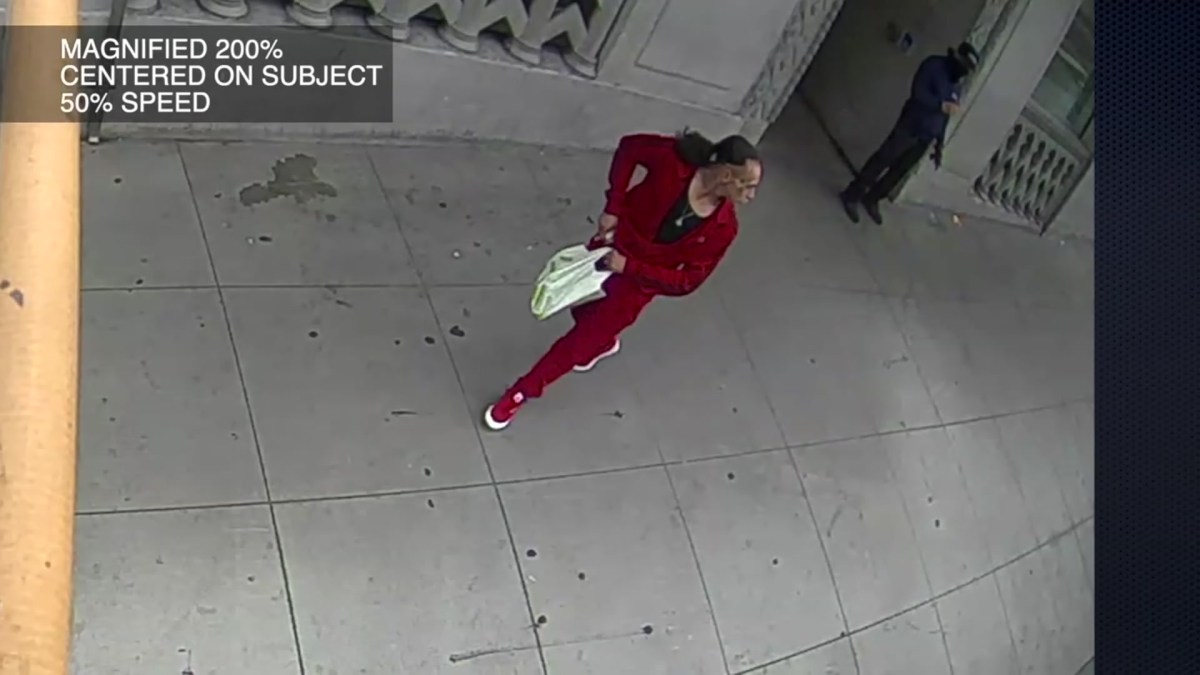 The San Diego Police Department has released body-worn camera and surveillance footage at the time two officers shot a man after police said he pointed a gun at them downtown Saturday.

Officers saw Leonardo Hurtado Ibarra, 25, around 5:47 pm leaving an entrance in the 1200 6th Avenue area. He reportedly had distinctive tattoos on his face that matched a wanted poster for a robbery on June 21.

The video released by SDPD shows images from a security camera, a smart streetlight camera, and two body worn cameras, four sources in total. The interaction lasts about 20 seconds from the moment Ibarra exited the entrance to the moment he was shot.

The camera carrying the officer’s body in the passenger seat remains silent for the first two minutes while officers are seen driving in downtown San Diego.

In the video, the officer gets out of the vehicle and says to Ibarra: “Hey, let me talk to you for a second. Stop. Stop.”

As the officer begins to approach him, Ibarra walks away and the officer says, “Stop, let me see your hands.”

Police said that as he walked, he dropped a bag of items from his hands and began to reach into his waist. He then turned to the officer on the street and pointed a gun directly at the officer, SDPD Lt. Matt Dobbs said.

In the video, a moment later, multiple shots are fired and Ibarra falls to the ground. Both officers shot him, hitting him at least once, according to police.

Camera images carried by the body of the driving officer show him getting out of the vehicle and approaching Ibarra from the street. Once the officer gets out of his car, he runs parallel to Ibarra separated by two black vehicles.

“Let me see your hands,” he yells.

Police said Ibarra pointed a gun at the officer, and that’s when they fired multiple shots.

“Gunshots, gunshots. 530 B street ”, says the officer on the radio as he approaches Ibarra. “San Diego Police, let me see your hands.”

The officers arrive at Ibarra and handcuff him before performing CPR. A camouflage scarf is shown sitting next to Ibarra’s right hand.

The video then shows a couple of still images from the security camera and video from the camera in which the body details how Ibarra drops his items, reaches into his waist, and then points the reported revolver at an officer.

SDPD is investigating the police shooting of a man suspected of a past robbery. NBC 7’s Ramon Galindo has more.

He was taken to a local hospital for surgery. On Sunday, police said he remained in the intensive care unit with life-threatening injuries.

No officer was reported injured.

A weapon was recovered in the area, according to police. In images provided by the police, a revolver appeared to be wrapped in camouflage cloth.

“It is not known at this time if the man fired on officers,” SDPD Captain Richard Freedman said with the Homicide Unit on Saturday night.

The SDPD Homicide Unit and the FBI were investigating the incident.

The San Diego County District Attorney’s Office will conduct a review to determine if officers have any criminal liability for their actions. The Community Police Practices Review Board will also conduct a review of the incident and provide appropriate recommendations, according to the department.

The officers involved will be placed on administrative leave during the investigation. Their names are not released at this time, Freedman said.

Regarding the alleged robbery, Freedman said more details would be released, but preliminary information indicated that a suspect hit someone and stole some property.

Police say they shot the man after he pointed a gun at them. Niala Charles from NBC 7 has more.