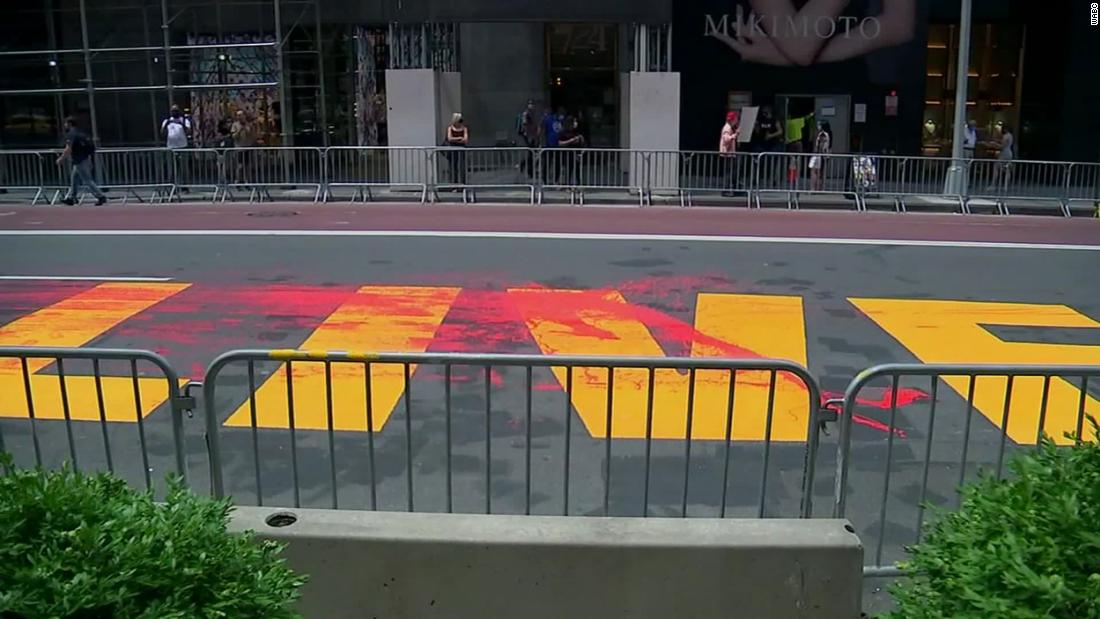 An unidentified suspect approached the mural, threw red paint over the letter V in “Lives,” and escaped as traffic splashed the paint onto the sign, New York Police Department officials said.

After the project was completed, the mayor shared a video of the new mural, writing, “5th Avenue has never looked better.”

Oscar Vela said he was recording a video Monday when he saw a man in a mask climb the Black Lives Matter mural and spray it with a can of red paint.

“I was a little speechless at first because I couldn’t believe that was happening in front of me,” Vela told CNN via Twitter, where he posted a video of the incident. “I screamed for her name and she ran away. Sad to see this happen in New York.”

The investigation into New York City’s vandalism is ongoing, and no arrests have been made at this time, New York Police said.

Anyone with information about the alleged vandalism should contact the police.