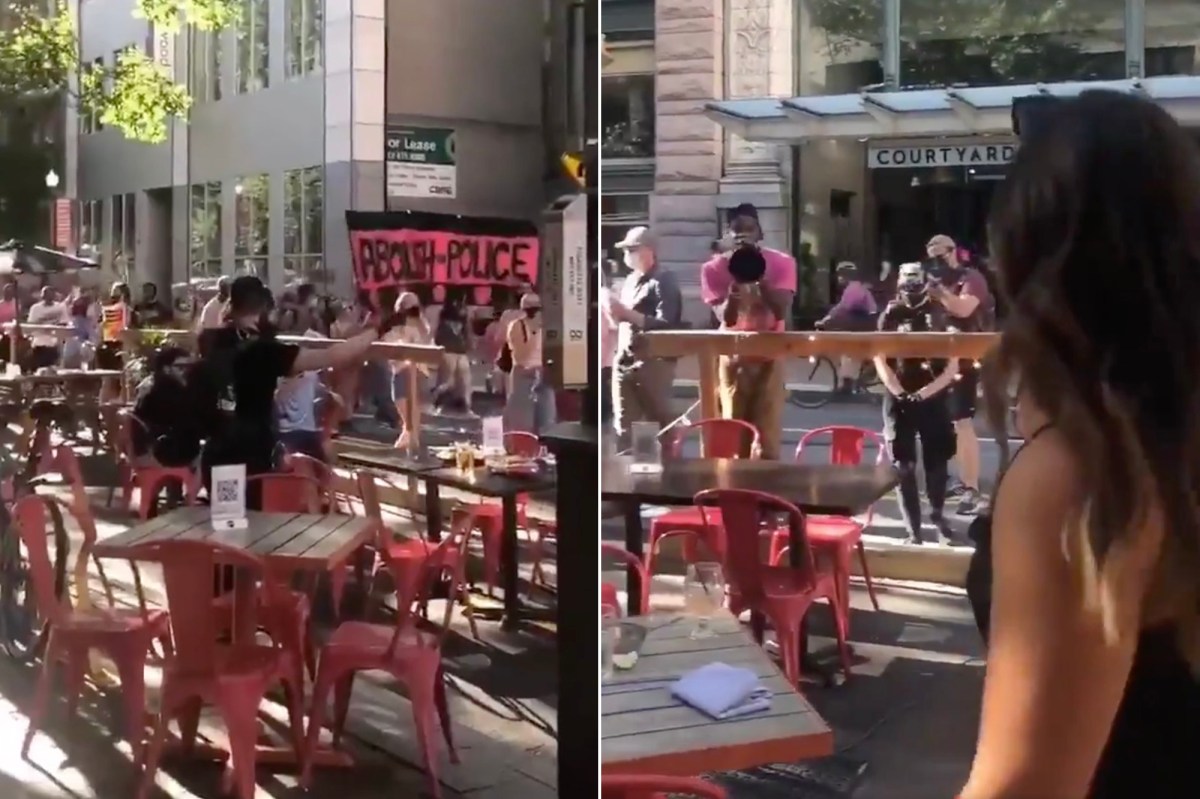 A raucous contingent of Black Lives Matter protesters harassed white diners over the weekend in Pittsburgh, a protestor humiliated before stealing a drink from a pair’s table.

Cellphone footage Posted on twitter Protesters showed convergence in the outdoor dining area of ​​a restaurant in Steel City on Saturday.

“Fk blondes who build the system,” a protestor can be heard shouting at patrons, some of whom grabbed their belongings and walked away.

The group approached an old man and woman, wearing a female protector in a shirt, reached their table reading “Nazi Lives Don’t Matter”, grabbed a drink, knocked it down and held on until the patron in disbelief. Look, then walk.

Another video shows protesters beating up a white cyclist. According to the Pittsburgh Post Gazette, protesters faced police outside Mayor Bill Pedu’s home.

Local ABC affiliate WTAE-TV reported that no arrests were made during Saturday’s protest but police are investigating two videos that have gone viral.

Outside dining tactics have also been used in other cities across the country, including Washington, DC.

Protests have taken place across the country since the memorial day death of George Floyd, a black Minneapolis man killed below the knee of a white police officer.

The unrest is reinforced by a new video released by police in Daniel Roche’s March-death in Rochester, New York.

Prude, who was black, was in the throat of a mental health episode when police cuffed him, placed an Aries “spit sock” over his head and pushed his face into the ground until he stopped breathing.