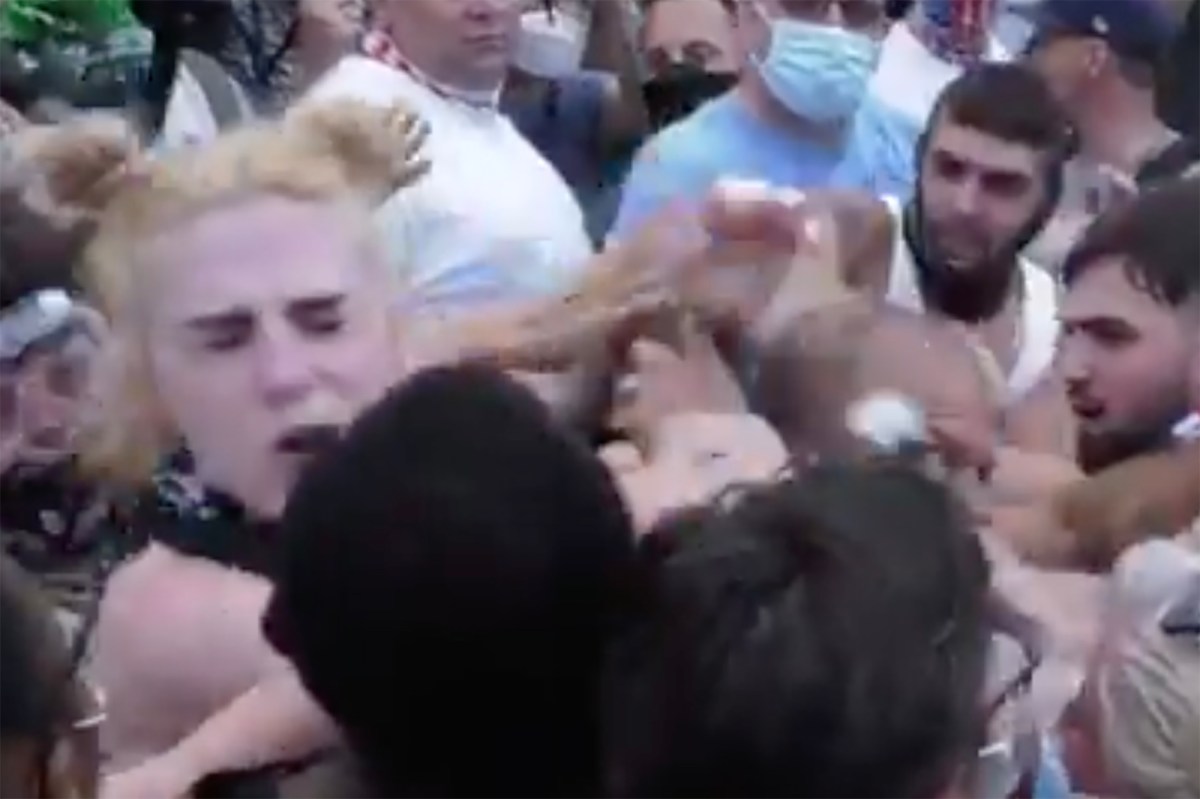 A pro-police protester punched a Black Lives Matter protester in the face when the two sides clashed in Brooklyn on Sunday, a new video shows.

“I was shaken in the face by a white supremacist … trying to protect his mother,” the unidentified woman can be heard saying in the video taken at Bay Ridge.

The man, who was part of the Blue Lives Matter rally, was dragged by police and put in a New York police van, as protesters yelled, “Put that piece of shit there.”

Black Lives Matter protesters confronted cops on the streets as they attempted to block the New York police van.

At least one protester can be seen in handcuffs as white-shirted supervisors try to clear the way to the truck. Police identified the 28-year-old man as Eric Titien, accused of obstruction and disorderly conduct.

Police had no information about the arrest of the man who allegedly beat the woman.

Later in the clip, a man with the pro-police rally outside The Leif Bar on Fifth Avenue can be heard yelling at protesters to “go home,” before being bloodied by protesters.

The fight was finally interrupted by protesters, as one yells “What are they doing?” He sold! You guys are going to kill him! Support the f – k!

Two were arrested in that confrontation, but their names and charges were not immediately available, police said.

Sunday marked the second night of a tense showdown between the two sides in South Brooklyn.